John Oliver Now Has A Sewage Plant Named After Him 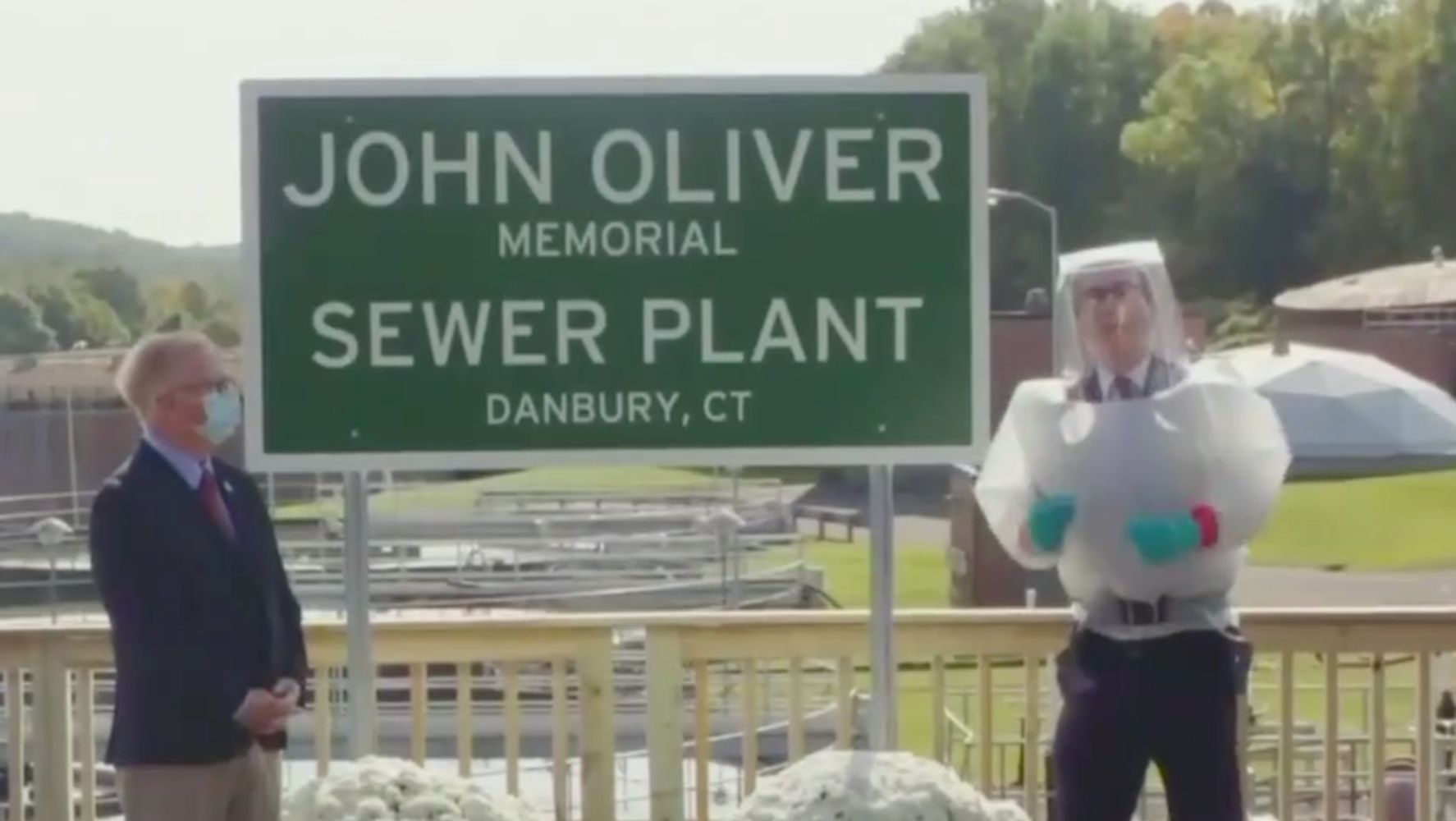 “DANBURY, Conn. (美联社) — Comedian John Oliver made a secret trip to Connecticut last week to help cut the ribbon on a sign naming a sewage treatment plant in his honor. Danbury’s City Council voted earlier this month to rename the sewage plant “The John Oliver Memorial Sewer Plant,” following a tongue-in-cheek battle that began with an expletive-filled rant against the city on HBO’s “Last Week Tonight with John Oliver” in August. Mayor Mark Boughton responded to the attack by posting a video of himself at the sewage plant saying the city was going to name it after Oliver “because it’s full of crap just like you, John.” Oliver offered to donate $55,000 to local charities if Danbury actually followed through with the idea. Oliver shared a video of the ribbon-cutting on his show Sunday. During the ceremony, he wore a homemade protective suit, which appeared to be made from a white plastic trash bag, with rubber gloves and and a see-through plastic helmet. “This place takes the worst that humanity can produce, and transforms it into something that we can live with,” Oliver said. “And now more than ever, there’s something inspirational in that, because at the end of this awful, awful year, what could be more important than evidence that, if we want to, we can come together, overcome our differences and sort our s—- out.” Boughton said Oliver’s promised donations have helped spur local fundraising efforts for area food banks that could end up collecting hundreds of thousands of dollars to feed needy families. He said the ceremony was kept private as a public health precaution.