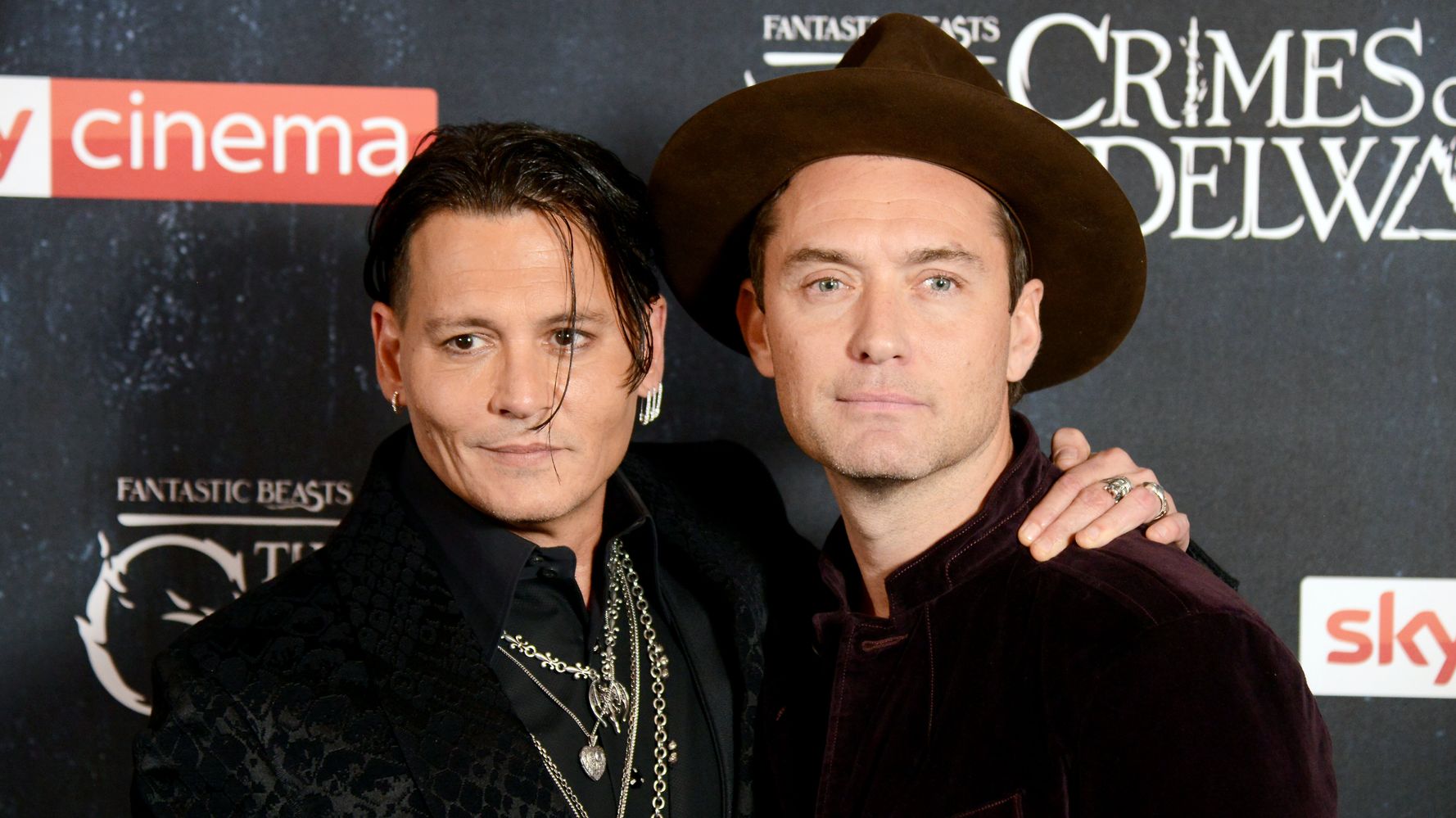 “Days after Johnny Depp lost his libel case this month against The Sun’s publisher, News Group Newspapers, the actor revealed he was asked to leave Warner Bros. “Fantastic Beasts” franchise. Now, Dumbledore is weighing in. Jude Law, who plays Albus Dumbledore in the “Harry Potter” spinoff movies, talked to “Entertainment Tonight” about Depp’s departure and about the role of dark wizard (and Dumbledore’s love) Gellert Grindelwald being recast. “It’s an enormous film, and there are many, many layers to it. It’s probably one of the biggest productions I’ve ever worked on,” Law reportedly told “ET” on Friday. “And in a situation like this, you defer to the studio. That’s all you can do. Because you have to turn up and play your part.” Law added: “It was unusual for me because, in fact, Johnny had actually only done a day’s filming. I think, on his own.” Dave J Hogan via Getty Images Johnny Depp and Jude Law attend the U.K. premiere of \”Fantastic Beasts: The Crimes Of Grindelwald.\” After again saying “the studio and the company” make the “big decisions” on a massive franchise like “Fantastic Beasts,” Law said: “You have to go along with those, because we’re just a member of the team.” Depp announced his departure from the franchise on Nov. 6 after losing his libel case over a 2018 article in the Sun describing him as a “wife beater.” Depp denied allegations he abused ex-wife Amber Heard, though a judge ruled the story was “substantially true.” Depp called it a “surreal” judgment and said he would appeal. Warner Bros. later confirmed to HuffPost that Depp’s part would be recast with the third film in the franchise set to release in 2022. See part of Law’s interview with “ET” in the video above.