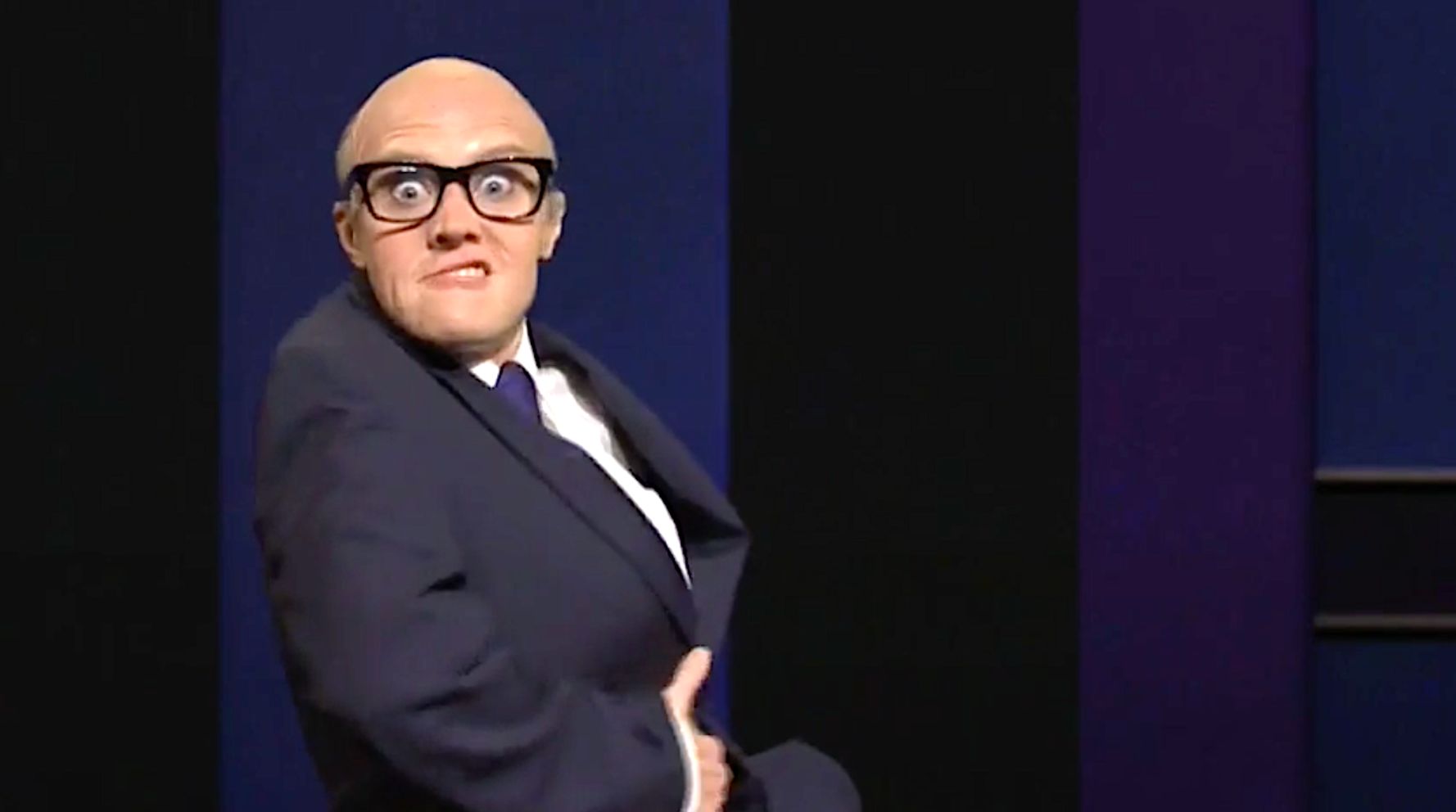 “Kate McKinnon’s killer Rudy Giuliani popped up raunchy in the middle of the spoof presidential debate on “Saturday Night Live’s” cold open, claiming he was jerkily digging out a mic — “stuck” in his crotch. “It’s not what it looks like,” said “Rudy,” fresh from his “Borat” humiliation, who then spewed a string of threats to deliver dirt on Hunter Biden. “You’re in trouble now, Biden, because Rudy’s got a lot of sane and coherent information that looks really bad for you,” Alec Baldwin’s Donald Trump told his opponent. Joe Biden (Jim Carrey) struggled to hold his temper, debating with himself: “Don’t do it, Joe. Don’t retaliate, even though his kids are a bunch of charity-scamming write-offs looking like they just came out of a two-week Vegas coke binge.” Maya Rudolph’s Kristen Welk started the debate off explaining the new mute button to cut off an interrupting candidate. “It was either that or tranquilizer darts,” but Trump has a “very high tolerance for those after his COVID treatments,” she noted. Baldwin played a relentlessly racist Trump, who mistook “Welk” for a waitress (“just tell us about the specials”), Hoda (Kotb from “Today”) and Mindy (Kaling). Asked what he’ll say to people who don’t vote for him, Baldwin’s Trump responded: “Hola.” In his concluding remarks, “Trump” boasted: “We had the lowest unemployment numbers in all categories: Blacks, Asians, Latinxes, brunettes, MILFs, LGBTQAnon. In conclusion, New York is a ghost town, kids love cages and Joe Biden is from Kenya.” Check it out up top. 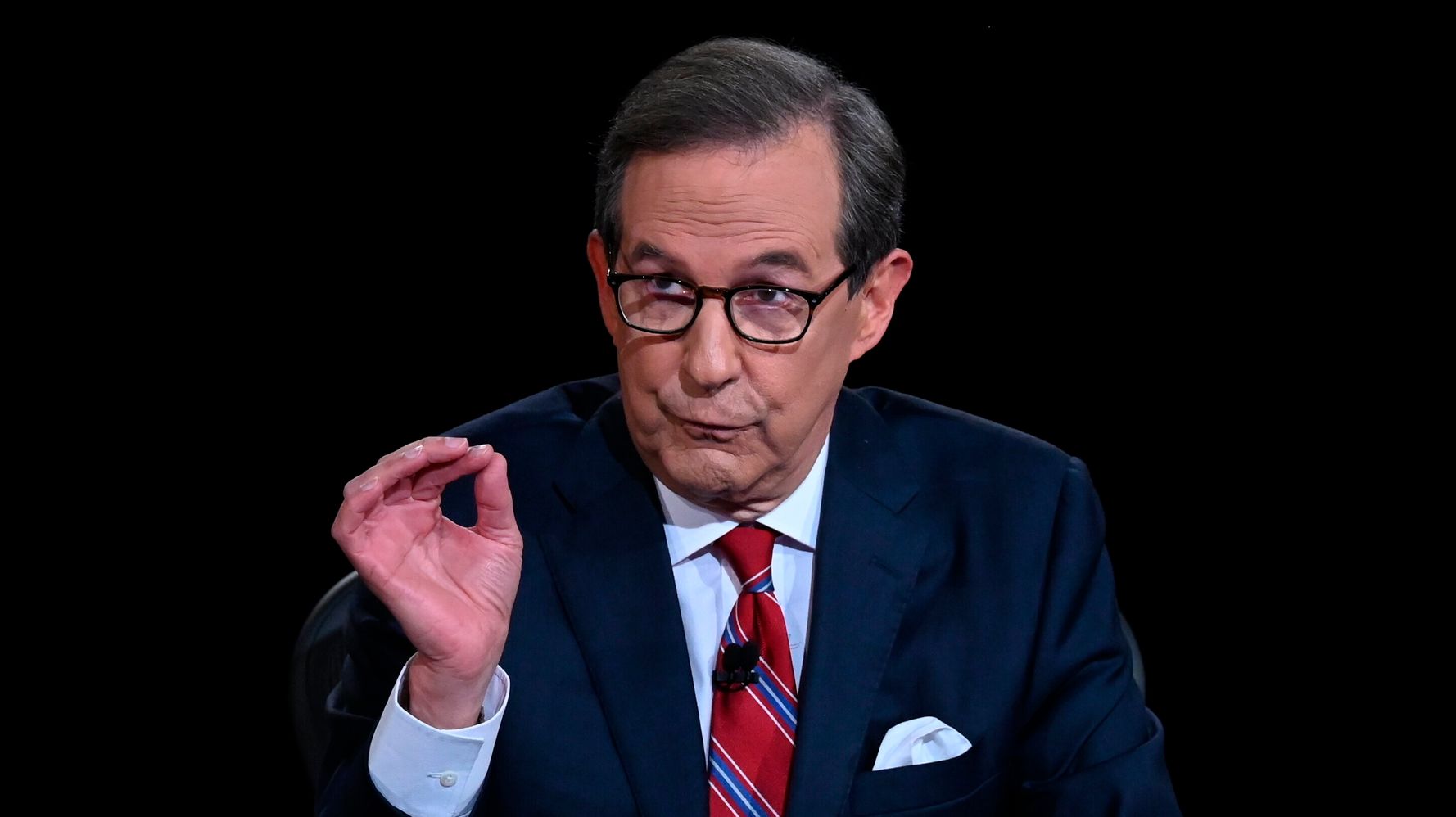 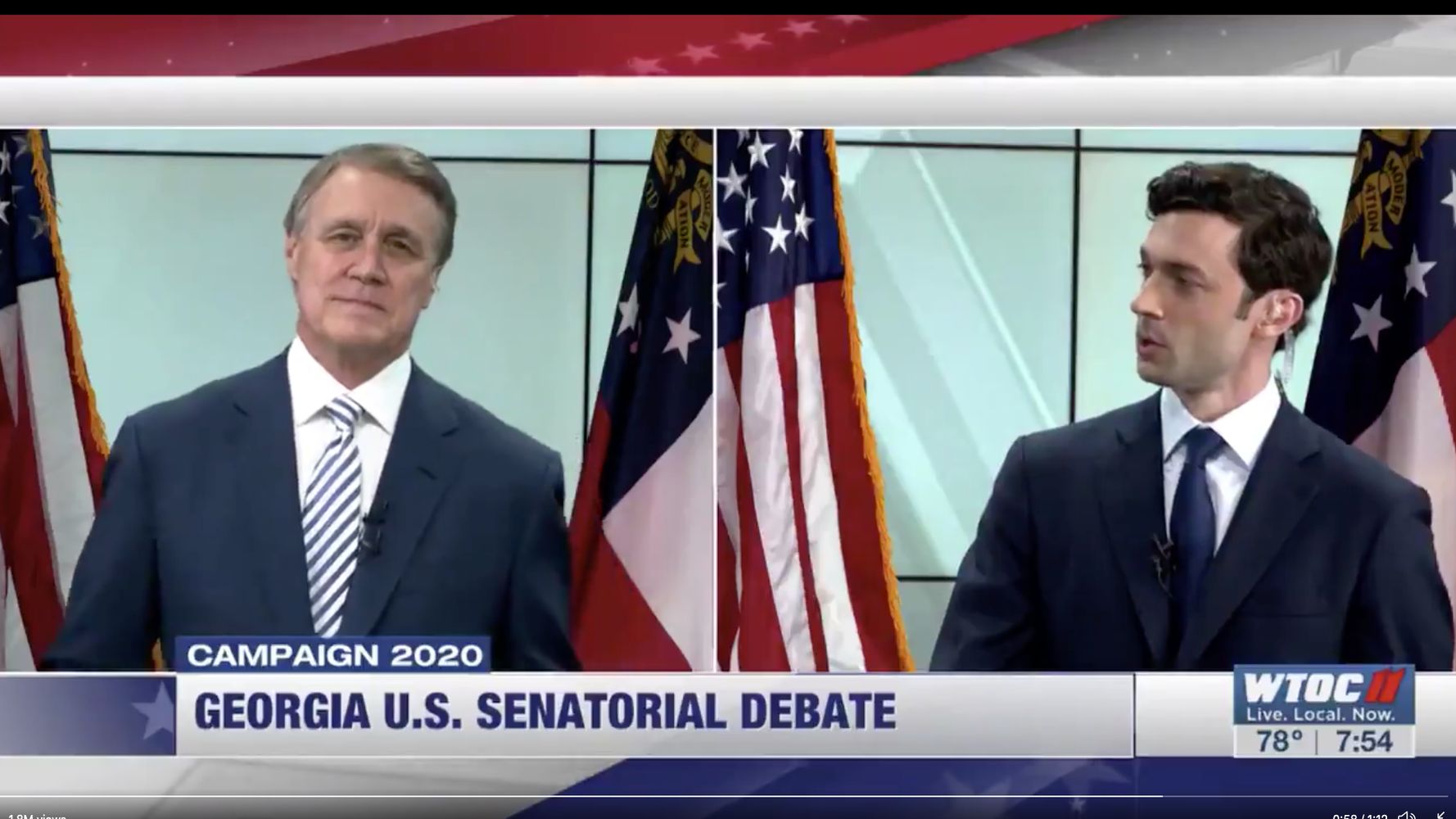 ["Jon Ossoff, the Democratic challenger vying for a Senate seat in Georgia, called his GOP competitor, Suo. David Perdue, a “crook” that has spent years undermining Georgians’ access to healthcare in a heated debate j...