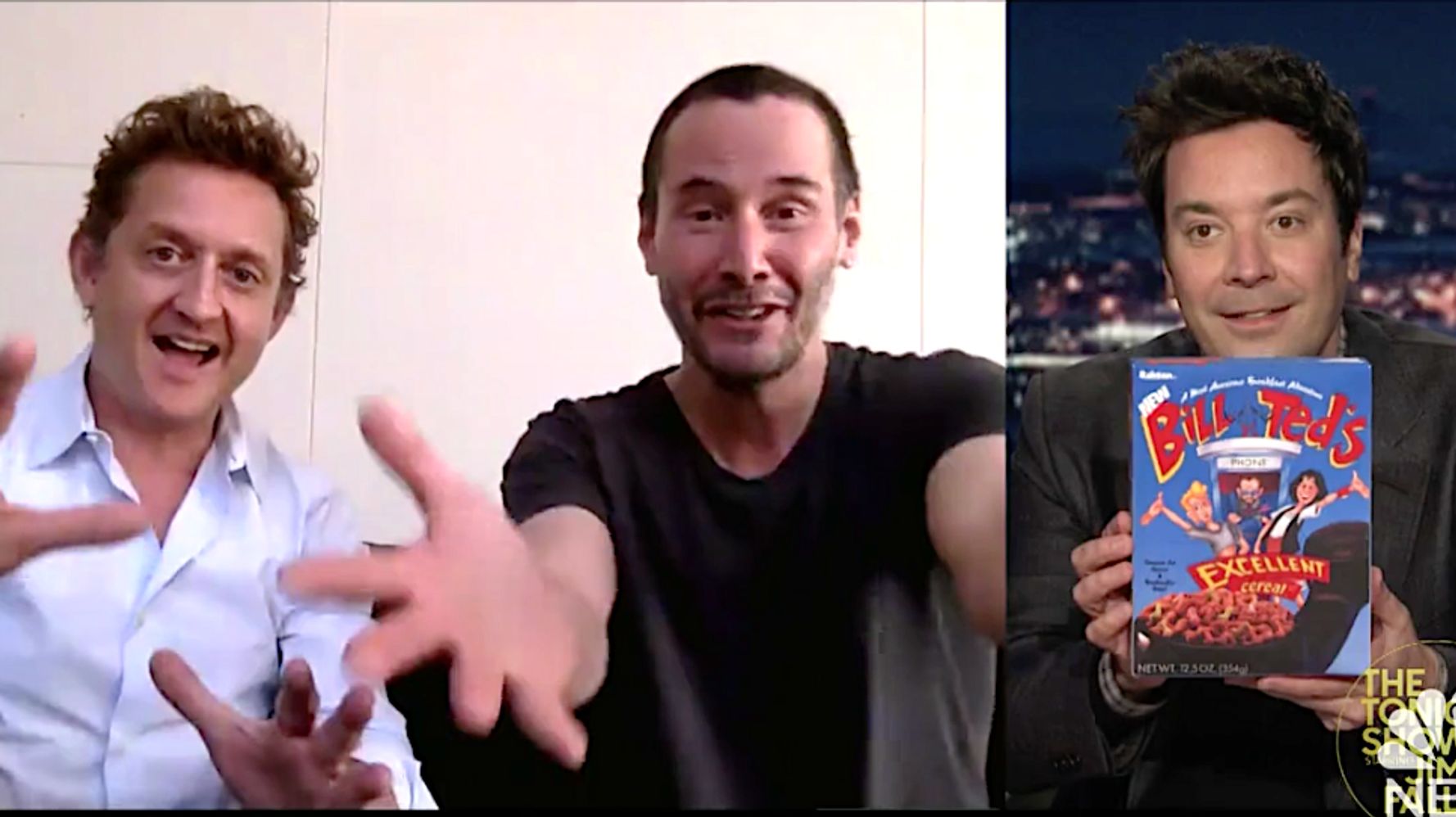 “Keanu Reeves on Tuesday had a most excellent description of the casting process for 1989′s “Bill & Ted’s Excellent Adventure.” (Watch the interview above.) Reeves and co-star Alex Winter, appearing on “The Tonight Show” to promote the series’ third entry, “Bill & Ted Face The Music,” told host Jimmy Fallon they became fast friends during tryouts back in the day. The two bonded after showing up with their motorcycle helmets, Winter recalled. They also displayed a natural affinity for playing the loveable lunkheads from San Dimas who strive to be rock ‘n’ roll heroes. “We literally walked in on day one as Bill and Ted,” Winter said. “There’s like no method.” But the two had to survive what Reeves called the “audition gladitorial gauntlet.” The “Matrix” idol said they competed for the roles in an interchangeable group of 10 hopefuls, in which casting bosses continually mixed and matched two actors who would be ushered into a room to do a scene. The two emerged victorious (air guitar celebration please) and partied into pop culture legend. “It was meant to be,” Reeves said.