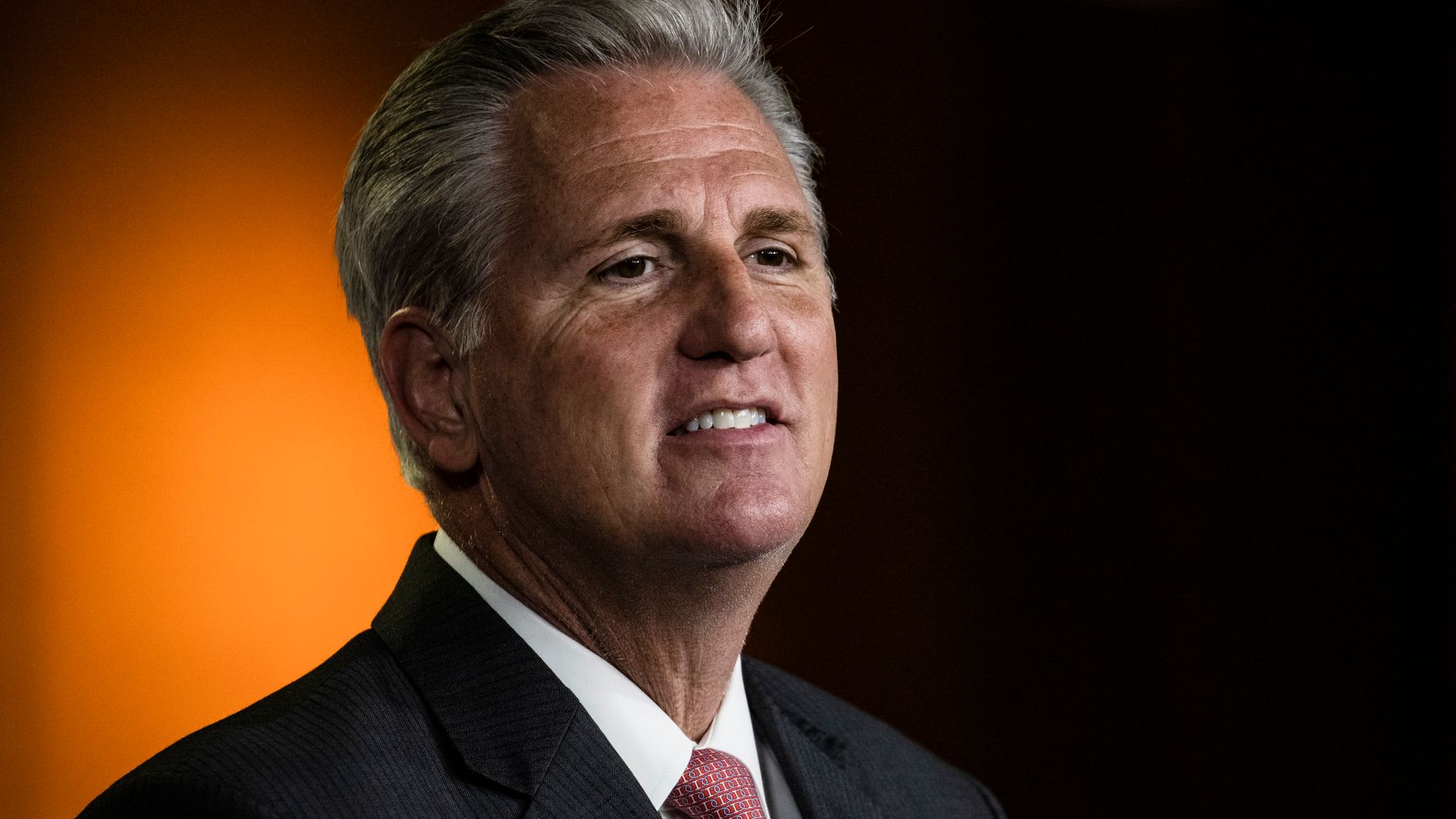 “WASHINGTON ― House Minority Leader Kevin McCarthy (R-Calif.) continued to cast doubt on the U.S. election results on Thursday, refusing to acknowledge that President-elect Joe Biden had won and furthering a half-hearted GOP attempt to reverse the outcome. When asked if Biden should be receiving intelligence briefings ― as is the custom for a president-elect ― McCarthy said that Biden was not the president right now and, “I don’t know if he’ll be president January 20th.” “But whoever it is will get the information,” McCarthy added. McCarthy and other Republicans have refused to recognize that Biden won the Nov. 3 选举, in service of stroking President Donald Trump’s ego and furthering his inane conspiracy theories. McCarthy has repeatedly shown a willingness to undermine the U.S. electoral system. 上个星期, the highest ranking Republican in the House said “every legal challenge should be heard” before a winner of the presidential race is declared. “Then and only then will America decide who won the race,“ 他说. McCarthy also said that, “President Trump won this election, so everyone who’s listening, do not be quiet. We cannot allow this to happen before our very eyes.” He later tried to walk back those comments, telling a reporter that he meant Trump should get credit for helping Republicans win seats in the House. But if there were any doubt about McCarthy’s stance, he clarified it Thursday, continuing to lie and say that Trump may have actually won the election, despite Biden’s lead of over 5 million votes in the popular vote, and a projected difference in the Electoral College of more than 70 votes. There is no evidence of systemic voter fraud, and Biden’s win was convincing enough that the limited proven instances of it wouldn’t come close to overturning the results. Yet the California Republican ― like many other Republicans ― refuses to tell voters the truth. McCarthy has long been at peace with his decision to unflinchingly support Trump and his takeover of the Republican Party. McCarthy was also asked Thursday about some new GOP members entering Congress who support QAnon ― the absurd conspiracy theory that secret elements of the U.S. government are working with Trump to uncover a Satan-worshipping, child sex-trafficking ring run by Democrats and Hollywood. McCarthy, who had previously denounced the completely unfounded conspiracy theory by saying “there is no place for QAnon in the Republican Party,” changed his tune Thursday. “These are new members. Give them an opportunity before you claim what you believe they have done and what they will do,“ 他说. Read live updates on the election below. (Note: An ad blocker may prevent you from seeing the blog, so if you’re using one, please pause or turn it off.)