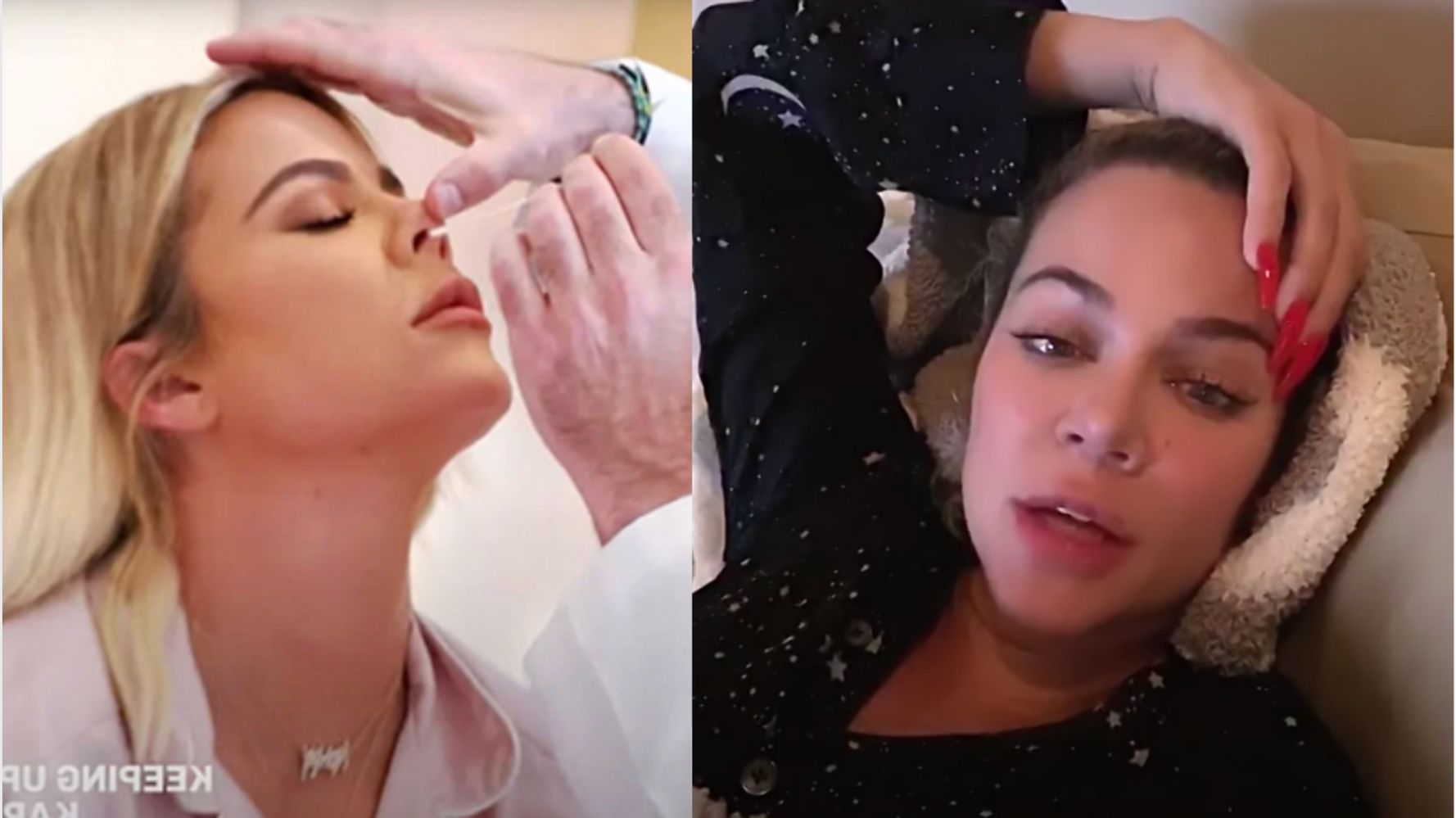 “Months before her family was dragged for taking over a private island during a global pandemic, Khloe Kardashian tested positive for coronavirus.  In a sneak peek at Thursday’s episode of “Keeping Up with the Kardashians,” the reality TV star reveals she experienced “vomiting, shaking and hot and cold flashes,” as well as serious headaches, per E! News. “Just found out that I do have corona,” Kardashian says in self-recorded footage released on Wednesday. “I have been in my room. It’s gonna be fine, but it was really bad for a couple days.” “I suffer from migraines, but this was the craziest headache,” she added. “I wouldn’t say it was a migraine. The coughing, my chest would burn when I would cough.” The long-running reality show filmed almost the entirety of its current season before coronavirus shuttered the entertainment industry. Production on the finale, however, was shut down, with the the family documenting their own lives at home using “phone-friendly tripods” set up by a technician in a hazmat suit. A teaser trailer released ahead of the season premiere hinted that the Good American founder had fallen ill, leading to much speculation online. This is the first time her test results have been confirmed.  In the clip released on Wednesday, Kardashian’s family scrambles in anticipation of the news. “We’re just anxiously awaiting the results for Khloe to see if she has it or not,” Kim Kardashian explained. “I mean, my gut tells me she does, just because she’s so sick. And that really scares me for her, ’cause I can tell that she’s now getting scared and that she’s really nervous about it.” Momager Kris Jenner, meanwhile, “jumped on the phone with every doctor who would take her] call.”  At the end of the clip, Khloe Kardashian addresses all watching who are not taking the pandemic seriously.  “Let me tell you, that shit is real,” she said. “But, we’re all gonna get through this.” The “Revenge Body” host recently spoke to HuffPost about the lasting legacy of “Keeping Up with the Kardashians” and how the show will be remembered after it takes its bow next year after 20 seasons.  “No matter what you go through ― family over anything,” she said. “We’ve shown some of the craziest real things that have happened on the show that we persevered and we’ve overcome. And that’s because we stick together and we support one another and we don’t kick each other while we’re down.”