Kim Kardashian Gets Grilled By David Letterman For Standing By Trump 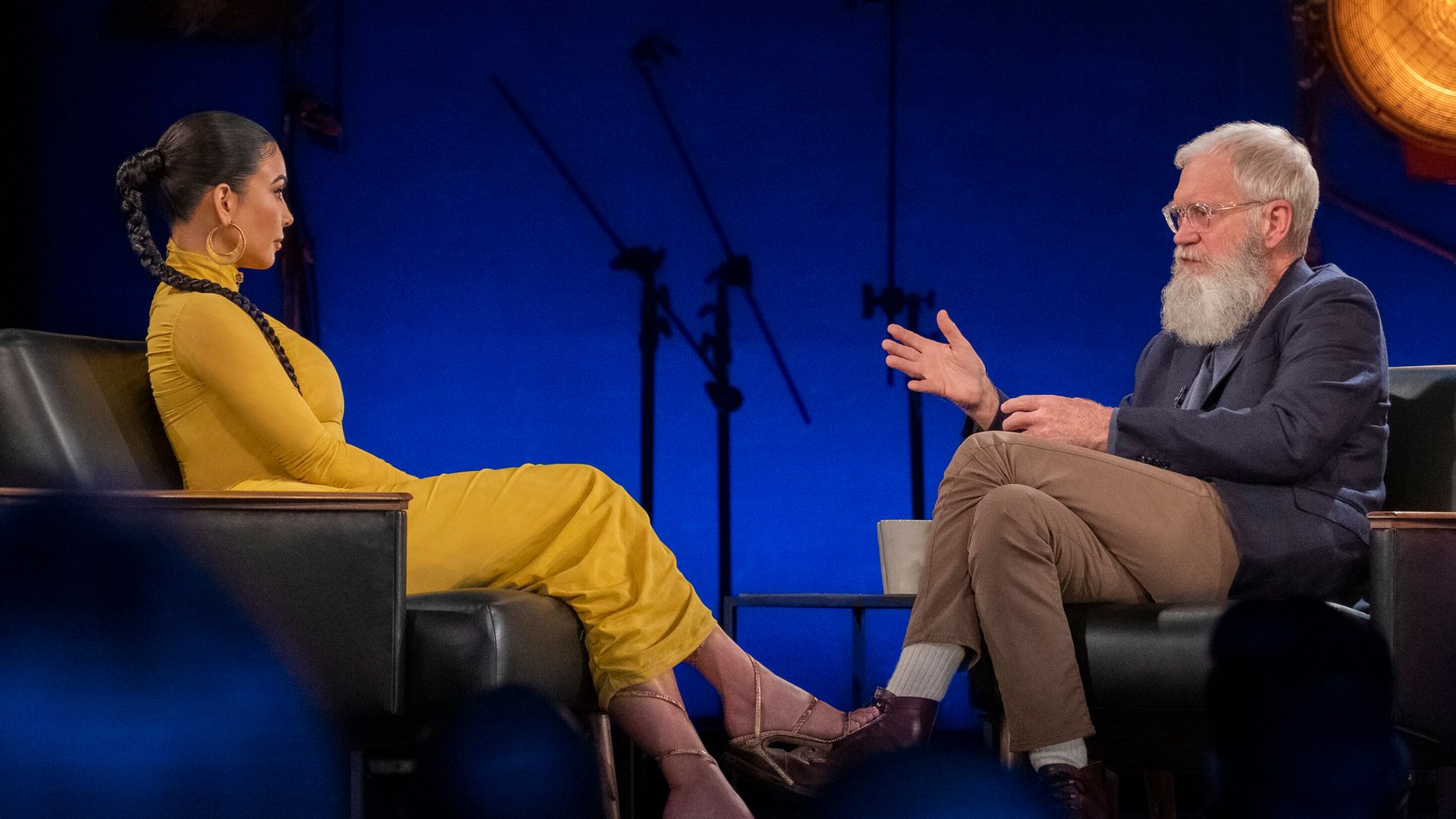 “Try as he might, David Letterman couldn’t get Kim Kardashian to say a single negative thing about President Donald Trump. The reality TV star has fielded plenty of praise and criticism for working with Trump in recent years, as one of the most effective advocates for criminal justice reform during his administration, but has largely preferred to keep her own political beliefs private.  While her husband Kanye West has launched his own presidential campaign, Kardashian took a more bipartisan approach during a sit down for the new season of Letterman’s series “My Next Guest Needs No Introduction,” which arrives on Netflix Wednesday.  Despite the former talk show host’s best efforts to suss out to what extent she supports Trump, an even-keeled Kardashian remained tight-lipped.  “Hopefully, for the next multiple administrations, I’ll be working with the White House, helping them with clemencies,” she told Letterman about her designs on the future, according to The Daily Beast.  “But do you feel that what is being done on behalf of sentencing reform now via this current administration in any way allows the balance of democracy back in a corridor of viability?” he asked. Kardashian then took a beat before admitting, “Well, I have no idea what you just said.” Letterman proceeded to phrase his question more clearly, explaining that while he’s “grateful” for what she’s accomplished, her work ultimately “doesn’t make me feel any better about the current administration.” In response, Kardashian simply offered, “I understand that.” When pressed about who she intends to vote for in the upcoming election, Kardashian stayed silent, pivoting instead to the warnings she received before her first of a handful of visits to the White House. “Trust me, everyone called me and said, ‘Don’t you dare step foot in that White House or your reputation is done,’” she recalled, noting that for her there was no choice when a person’s freedom is at stake. “It’s a life over my reputation,” Kardashian stated. netflix Kim Kardashian sits down with David Letterman on the first episode of the new season of Netflix’s “My Next Guest Needs No Introduction.\” Still, Letterman would’t let her off the hook, encouraging Kardashian to take a macro-level look at how her involvement benefits Trump in the long run.  “Your good work is overwhelming,” Letterman added. “It’s a positive force that diminishes what I consider to be unacceptable behavior by the president.” But Kardashian refused to give up any ground, reiterating that she remains “extremely focused” on her mission and is still “truly grateful” for the Trump administration’s criminal justice reform efforts. “I’ll give props where props are due,” she said.  In 2018, Kardashian successfully appealed to the president to secure the commutation of 63-year-old Alice Marie Johnson, who served 21 years for a nonviolent drug offense. A year later, she spoke at the White House, praising the passing of the a bipartisan prison reform bill, which reduces prison sentences for some federal inmates, while announcing a partnership with Lyft that will help people find jobs after being released from prison. In March, she also accompanied Johnson and two other newly freed women, Tynice Nichole Hall and Crystal Munoz, whose prison sentences were also recently commuted, to the White House to draw attention to criminal justice reform. White House here we come!!! pic.twitter.com/exif6oZ6sl— Kim Kardashian West (@KimKardashian) March 4, 2020 The SKIMS founder has since started studying to become a lawyer to bolster her advocacy efforts, taking part in a four-year apprenticeship program with hopes of practicing as early as 2022.  While the entire Kardashian-Jenner clan hasn’t explicitly endorsed a candidate for the upcoming presidential election, Kourtney Kardashian has seemingly backed brother-in-law’s Kanye West’s bid for the White House.  Last week, Kourtney sparked a wave of online backlash after she shared a photo of herself sporting a “Vote Kanye” hat with a link for her millions of followers to do the same.  West announced he was running for president on July 4. Despite missing the deadlines to get his name on the ballot in multiples states, he’s since called on his fans to write in his name instead.