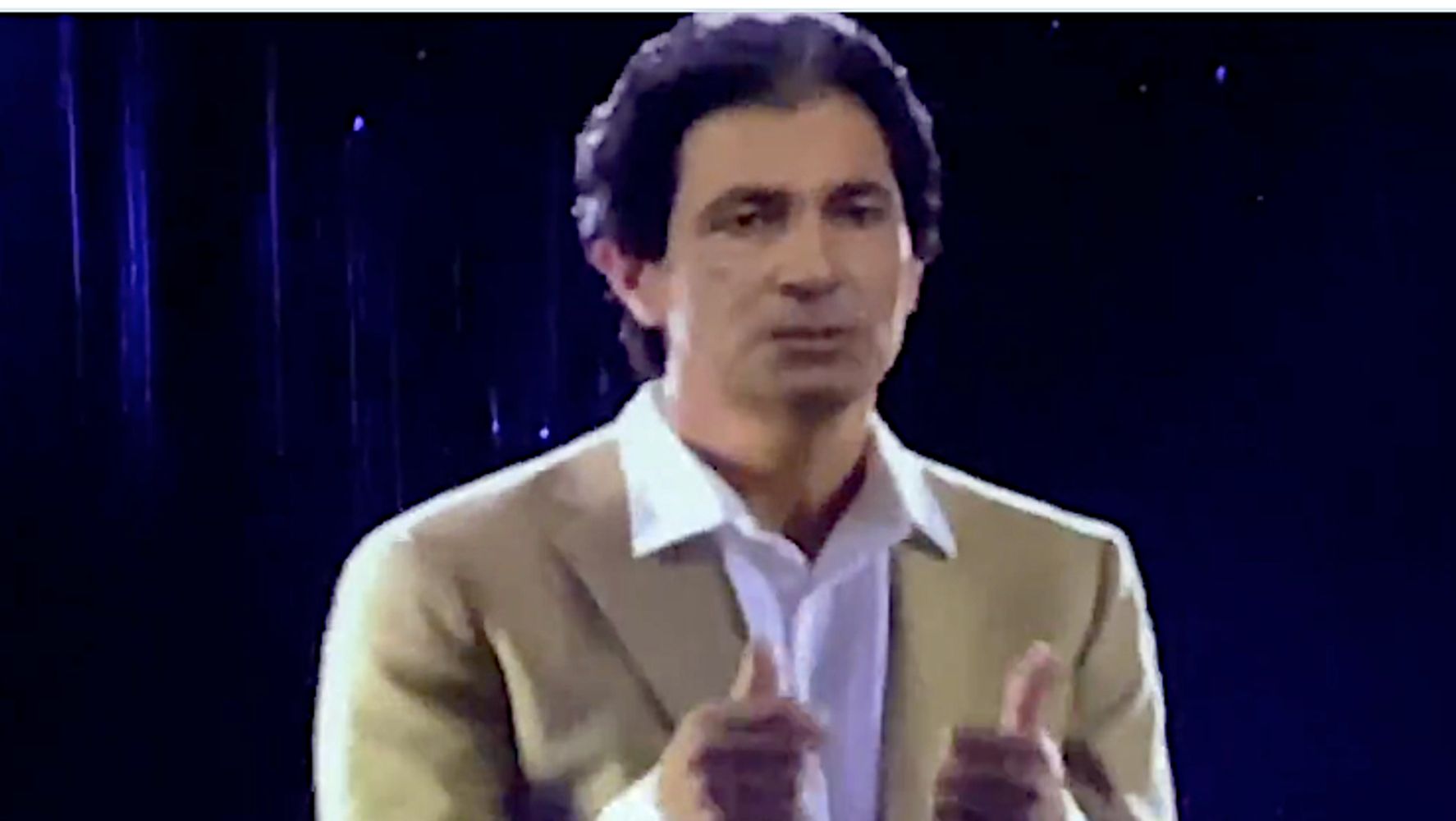 “Kanye West had a sophisticated hologram of Kim Kardashian’s late father created for his wife’s 40th birthday with an interesting message … about her husband. Kanye West is the “most, most, most, most, most genius man in the whole world,” declared the hologram of lawyer Robert Kardashian, who died of cancer in 2003 when Kim was 22. She loved it anyway. “A special surprise from heaven. A hologram of my dad,” she tweeted. “It is so lifelike! We watched it over and over, filled with emotion.” For my birthday, Kanye got me the most thoughtful gift of a lifetime. A special surprise from heaven. A hologram of my dad. ✨🤍 It is so lifelike! We watched it over and over, filled with emotion. pic.twitter.com/jD6pHo17KC— Kim Kardashian West (@KimKardashian) October 29, 2020 Robert Kardashian the hologram also told his daughter she was beautiful — and that he watches over his kids and grandkids every day. He recalled driving Kim to school in his “tiny Mercedes.” “I am so proud of the woman you’ve become, Kimberly,” the image said. “The most beautiful thing that I have witnessed is watching you grow your family.” That’s when he mentioned her husband with the mostest. Kardashian was a criminal defense attorney best known for successfully defending his friend O.J. Simpson against charges that the former football star and actor killed his former wife, Nicole Brown Simpson, and Ron Goldman in Los Angeles in 1994. Kardashian admitted in a 1996 interview with Barbara Walters on ABC’s “20/20” that he had doubts about Simpson’s innocence. Some on Twitter were moved by West’s gift. Others were agog that Kanye made part of it about himself with over-the-top praise from a man he never met. Others found the whole idea a tad … creepy. Kim Kardashian is still stinging from social media criticism over her boasting Tuesday amid COVID-19 hardships about her private island getaway — with entourage — at a reported cost of $1 million to celebrate her birthday. “This … is a frustrating year,” sis Kloe Kardashian told Ellen DeGeneres on Thursday about the bashing. She called the party a “beautiful experience.” As someone who has lost both of her Parents. I can honestly say I wish someone would give me a hologram of my parents singing.You might see it tone deaf, but for a girl who just wants to cry in the middle of a pandemic and curl up with her mom. I see it as sweet.— Ashelli Jo (@AshelliJ8) October 30, 2020 Good grief— GeorgeWeahsCousin (@WeahsCousin) October 29, 2020 pic.twitter.com/GiZAsfulNo— Dope Tugging Knob (@LizardRumsfeld) October 29, 2020 Kim and her Father ❤️ pic.twitter.com/XkgQfGOgQA— #kuwtk 🧸🤍 (@kyliedrafts) October 29, 2020