“Kim Ng started her Major League Baseball career as an intern, and three decades later she’s still on the rise and shattering ceilings. Ng became the highest-ranking woman in baseball operations in the major leagues when she was hired Friday as general manager of the Miami Marlins. She is believed to be the first female general manager for a men’s team in a major professional sport in North America, the Marlins said. Ng (pronounced Ang) won three World Series rings while spending 21 years in the front offices of the Chicago White Sox (1990-96), New York Yankees (1998-2001) and Los Angeles Dodgers (2002-11). She spent the past nine years with MLB as a senior vice president. “After decades of determination, it is the honor of my career to lead the Miami Marlins,” Ng said in a statement. “When I got into this business, it seemed unlikely a woman would lead a major league team, but I am dogged in the pursuit of my goals. My goal is now to bring championship baseball to Miami.” Making history by bringing a lifetime of excellence, Kim Ng steps to the helm as GM. #JuntosMiami pic.twitter.com/UrYESbjTHe— Miami Marlins (@Marlins) novembre 13, 2020 Marlins CEO Derek Jeter played for the Yankees when Ng worked for them. “We look forward to Kim bringing a wealth of knowledge and championship-level experience to the Miami Marlins,” Jeter said in a statement. “Her leadership of our baseball operations team will play a major role on our path toward sustained success. Additionally, her extensive work in expanding youth baseball and softball initiatives will enhance our efforts to grow the game among our local youth as we continue to make a positive impact on the South Florida community.” Chicago Tribune via Getty Images Kim Ng, left, with Maybelle Blair, is now the highest ranking woman in the majors. Jeter became baseball’s first Black CEO after his group bought the Marlins in 2017. He then hired Caroline O’Connor, who as senior vice president is one of the highest ranking women in professional sports. Ng, 51, becomes the fifth person to hold the Marlins’ top position in baseball operations and succeeds Michael Hill, who was not retained after the 2020 season. Icon Sports Wire via Getty Images Kim Ng, then the assistant general manager of the Los Angeles Dodgers, talks with former Dodgers manager Tommy Lasorda. The Marlins achieved surprising progress in Year 3 of Jeter’s rebuilding effort, reaching the playoffs for the first time since 2003 and sweeping the Chicago Cubs in the wild-card round. They were swept by the Atlanta Braves in the National League Division Series. A virtual news conference for Ng is planned for Monday. Ng started her baseball career as a White Sox intern and rose to become assistant director of baseball operations. She worked for the American League for one year and then joined the Yankees, becoming the youngest assistant general manager in MLB at 29, and only the second woman to attain that position with a major league club. She was the Dodgers’ vice president and assistant general manager. New York Daily News Archive via Getty Images Kim Ng, then an executive with the Yankees, with general manager Brian Cashman and then manager Joe Torre around 2000. With MLB, Ng directed international baseball operations, working with the front offices of the major league clubs and many other baseball leagues and entities around the world. She led a team that set policy for and enforced international signing rules, established MLB’s first system for registering international players for signing, managed protocols for signing international players, and negotiated agreements with international winter leagues. Ng graduated from the University of Chicago, where she played softball and earned a degree in public policy. Icon Sports Wire via Getty Images Kim Ng, then the Los Angeles Dodgers vice president and assistant general manager, looks on prior to a 2009 game.

["NOI. Surgeon General Jerome Adams on Monday warned people to “be smart” with their Thanksgiving celebrations this year in a bid to curb the spread of the coronavirus. Adams also applied his caution to outgoing Presi... 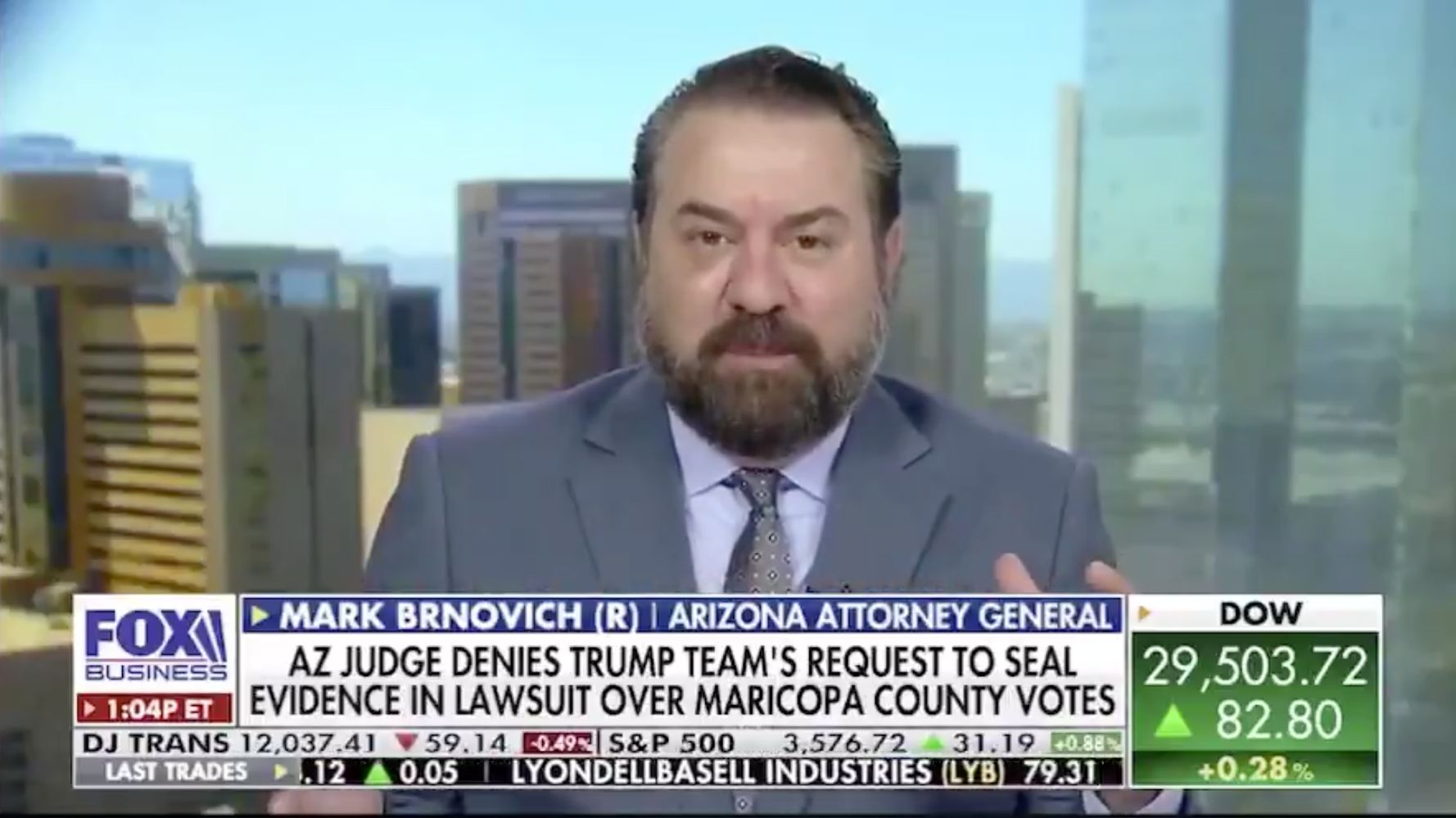 ["Arizona Attorney General Mark Brnovich, a Republican, said Wednesday he believed President Donald Trump would likely lose the state and that there were no “facts” to back up claims of rampant voter fraud, the latest...