“Stephanie Freed and Grant McDonald aren’t lobbyists, but they’re orchestrating a sophisticated campaign pressuring senators to save the federal unemployment benefits that are expiring next month. When those benefits lapse on Dec. 26, neither will have any income. The two New Yorkers lost their jobs in the theater industry in March. With the coronavirus pandemic raging worse than ever and Broadway shut down for many more months, they don’t know how soon they’ll be able to work again. “I can’t afford my apartment anymore and I will likely be moving to my parents’ house, in my 30s, which is a weird mental space to be in,” Freed said. “I’d lose my apartment come January and will not be able to continue to afford health care,” McDonald said. “It is a big ego and financial hit that because of government inaction we now have to uproot our entire lives.” They both consider themselves far more fortunate than many others who have lost their jobs, but they’re not taking the situation lying down. Freed and McDonald created a website, extendPUA.org, in July to call for a continuation of the federal unemployment supplement that added $600 to weekly payments under the CARES Act. They also traveled to Washington to speak at a press conference with Democrats outside the Capitol. Congress didn’t listen, and the $600 dried up. 이상 6 million workers are still getting state-funded unemployment benefits, which average around $300 per week. Approximately 13 millions others are still getting payments from a federal program for gig workers and another for the long-term jobless, which will last until Dec. 26. Freed and McDonald want to see Congress not only revive the extra $600 per week, but also to save the remaining federal programs set to expire next month. And they’re organizing hundreds of other unemployed workers to demand action. Anna Moneymaker/The New York Times via AP, Pool Sen. Thom Tillis (R-N.C.) said he \”believes a bipartisan compromise should include extended unemployment benefits at a level that provides much-needed relief without inadvertently providing some with more federal benefits than they earned at their previous employer.\” Their grassroots lobbying effort has involved more than 30 Zoom and phone meetings with Senate offices. They have focused mostly on Republicans, and for the most part, staffers have told them their bosses support more assistance. Staff for Sens. John Cornyn (R-Texas) and Thom Tillis (R-N.C.) even told them, in September, that the senators would support a continuation of the $600 supplement if Senate Majority Leader Mitch McConnell (알키.) allowed a floor vote on such a measure. (Both senators voted for an amendment to curtail the benefit before the CARES Act passed in March, but voted for the broader legislation.) “Senator Tillis believes a bipartisan compromise should include extended unemployment benefits at a level that provides much-needed relief without inadvertently providing some with more federal benefits than they earned at their previous employer, which would ultimately hamper our nation’s long-term economic recovery,” a Tillis spokesperson said in an email. Democrats have pushed to bring back the extra $600, reauthorize the other expiring unemployment programs, and extend a plethora of other coronavirus relief measures as part of a $2 trillion package. Republicans have refused to go along, insisting that a smaller bill would be more appropriate. For the most part, Republicans have said the extra $600 was too much, because a substantial number of workers who received the increased benefit made more than they had earned at their jobs. Freed and McDonald have armed their volunteers with talking points explaining that available evidence suggests the $600 hasn’t held back hiring at all. People call their representatives every day to ask for help or to urge them to take action. They also do so as part of a broader lobbying campaign coordinated by a professional association, whether it’s a labor union or the National Potato Council. Such a tactic is known as a “fly-in,” wherein career lobbyists leverage regular folks for a political goal. Freed and McDonald are doing a more grassroots (and digital) version of the fly-in, since they are themselves unemployed and not getting any help from a professional association. They said they’ve arranged for more than 100 unemployed people to talk to Senate staff, and that their website has funneled more than 20,000 emails to lawmakers. Freed is a production electrician and lighting designer. McDonald is a video director. The work simply can’t happen until people can gather to form an audience. Neither wants to give up their career, but they have applied for jobs outside of the industry. Both described meeting wariness from potential employers who feared they would return to their old jobs as soon as they could. It’s clear to them that the government has to step in and make sure they don’t go broke while they wait for the public health threat to subside. “I just can’t believe this is happening from our government,” Freed said. “It’s incredible that we have to fight this hard.” 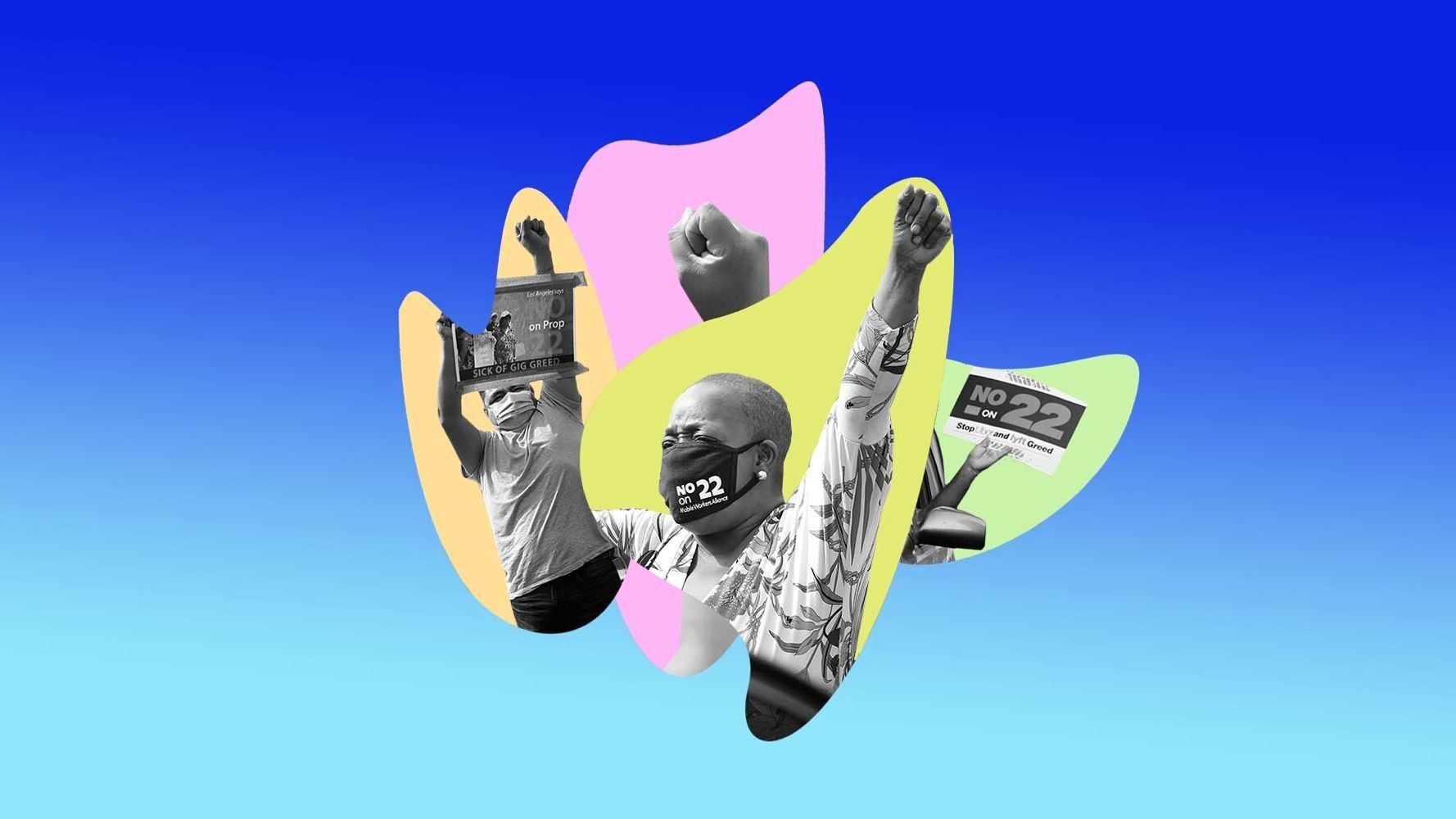 ["삽화: Rebecca Zisser/ HuffPost; 사진: Getty About a year ago, Steve Smith stood outside a press conference at a hotel in Sacramento where Uber, Lyft and DoorDash announced plans to spend millions on a stat...