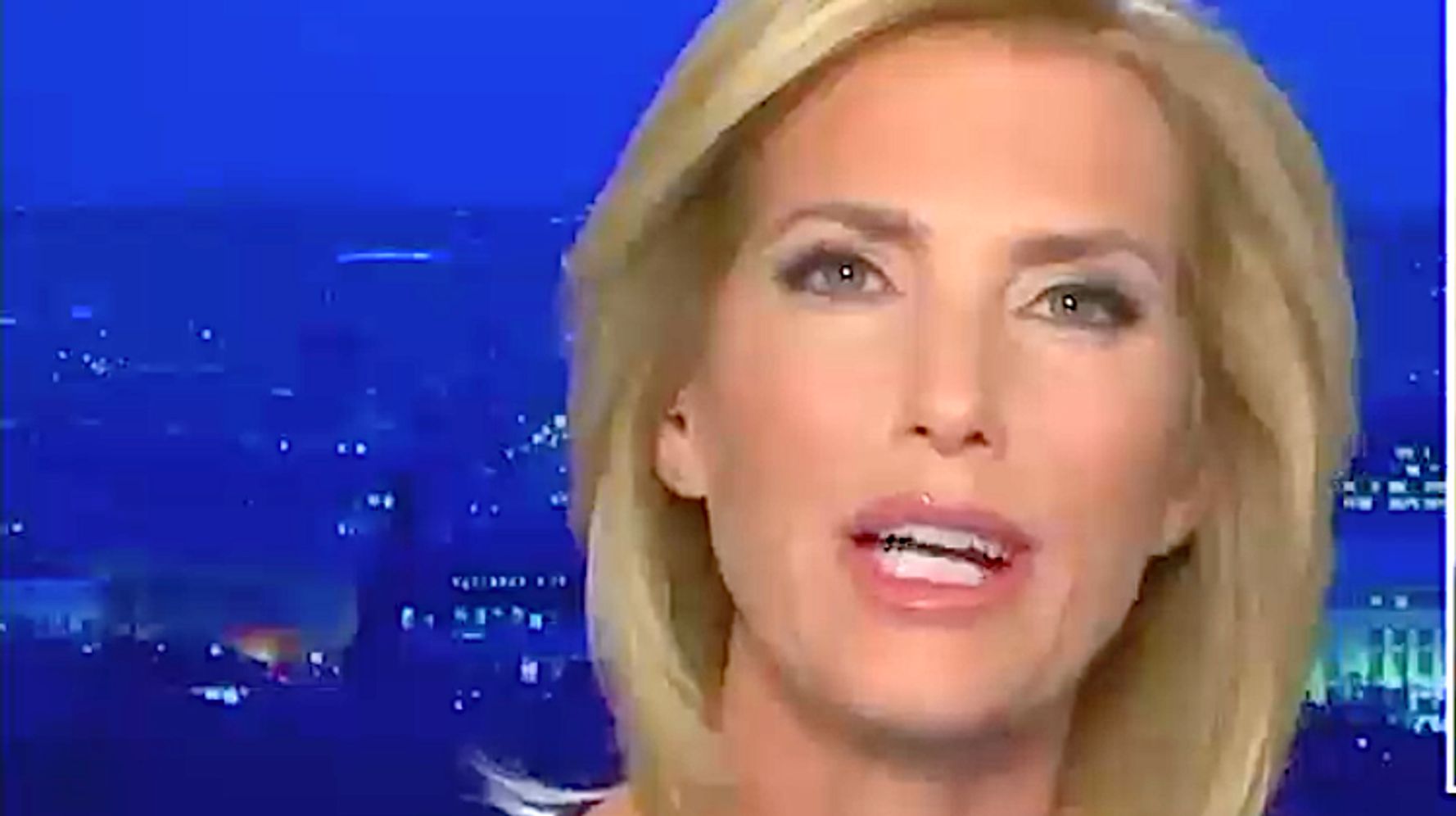 “Laura Ingraham sounded an awful lot like President Donald Trump on Wednesday, warning Fox News viewers that Democratic nominee Joe Biden would follow science to battle the coronavirus if he’s elected the next president. (See the video below.) “So when Biden says we’re going to let the science drive our decisions, that means unelected medical experts will dictate when our kids can go to school, when we can go to church and when we can drive or travel anywhere to see relatives or friends,” Ingraham said on “The Ingraham Angle.” “Democrats have opted to use fear instead of substantive arguments to win this election.” The nation has averaged more than 75,000 new COVID-19 cases a day in the past week, and experts say that number could soon soar to 100,000. Deaths are approaching 228,000 nationwide. In the meantime, Trump and his allies continue to downplay the pandemic, with the president claiming that Americans are “rounding the turn” and “learning to live with” COVID-19. Earlier this month, the president mocked Biden at a campaign rally, saying, “He’ll listen to the scientists.” Elsewhere in her segment Wednesday, Ingraham accused Democrats of giving up on dealing with the pandemic. She also revisited right-wing grievances, such as the removal of Confederate statues and the NBA’s Black Lives Matter protests. Watch the segment here: h/t Media Matters