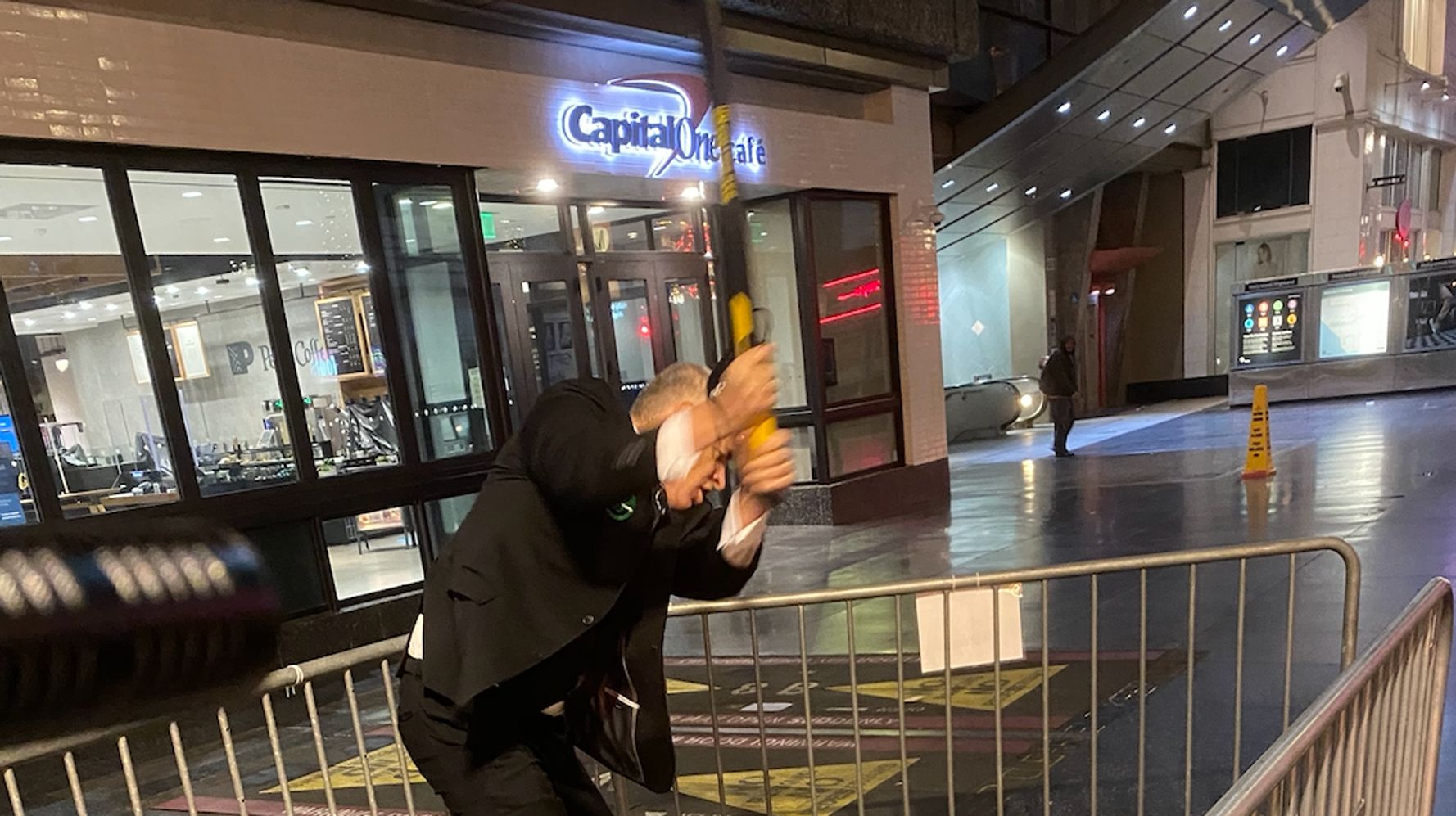 “A Los Angeles man who doesn’t like Donald Trump is taking drastic steps to hammer that point home ― by attacking the president’s star on Hollywood’s famous Walk of Fame. Early Friday morning, activist James Otis went to Hollywood Boulevard and attempted to demolish the star bearing Trump’s name with a pickax. Afterward, he turned himself in to cops and was booked for felony vandalism, according to TMZ. In a statement, Otis said he attacked Trump’s star “to dramatize Trump’s policies of income inequality and the enormous damage that this president has done to our American way of life.” A spokesperson told HuffPost that Otis has been released from jail. You can see the attack below, courtesy of TMZ: Friday’s incident marks Otis’ third attempt to destroy Trump’s star since 2016. Otis had already attempted to smash the star earlier this month while dressed as the Incredible Hulk, according to the New York Daily News. “I have no hatred at all for Donald Trump,” Otis told the paper after that attack. “I just don’t agree with the things he says and does.” After that attack, Otis made arrangements with local authorities to pay $4,400 in restitution for damaging the star. Trump got a star on the Hollywood Walk of Fame in 2007, but it has become the subject of many attacks since he first announced he was running for president in 2016. Some of the more popular methods of vandalism include graffiti, urination and doggy defecation. One person even spray-painted a swastika on Trump’s star.