Mexico Asks Cemeteries To Close Ahead Of Day Of The Dead, Fearing Coronavirus Rebound 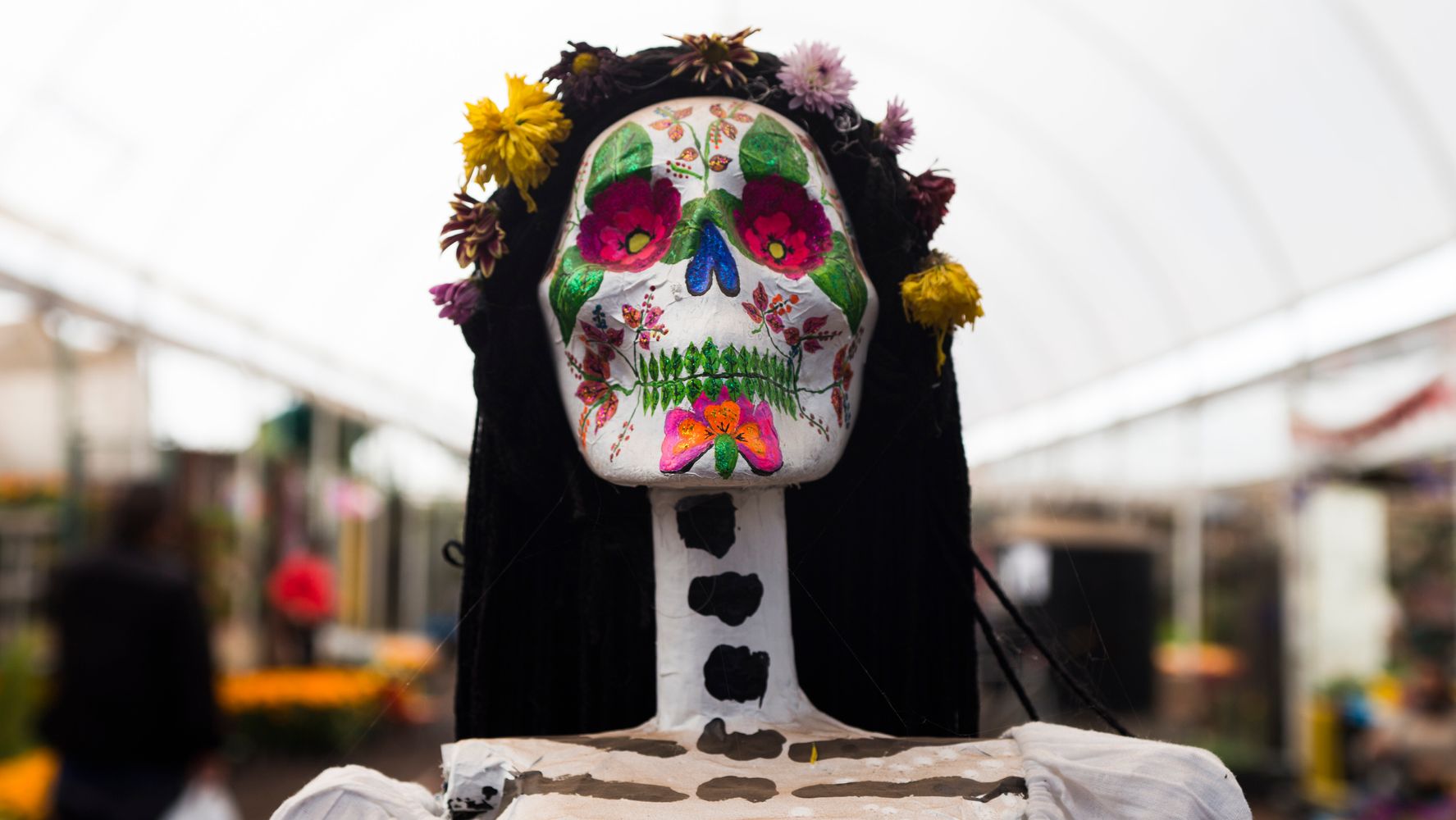 “MEXICO CITY (Reuters) – Mexican authorities are calling on cemeteries to close to public visitors ahead of the Day of the Dead, a celebration that usually draws hundreds of thousands of people nationwide, as officials strive to avert another wave of coronavirus infections. The Nov. 1-2 celebration blends Catholic rituals and the pre-Hispanic belief that the dead return once a year from the underworld, and believers throng cemeteries and public plazas on those days. Ahead of the holiday, cemeteries will largely remain closed, as they could “become areas of high risk for contagion,” Deputy Health Minister Hugo Lopez-Gatell told reporters on Tuesday. “The recommendation is to avoid crowds.” Cristian Leyva/NurPhoto via Getty Images Palacio de la Flor (Flower Palace), an association of flower and ornamental plant producers, holds its annual sale of cempasuchil, a flower representative of the Day of the Dead. An outbreak at a posh wedding in the northern border city of Mexicali this month was a reminder of the health risk of mass gatherings, with local officials saying that over one hundred people among the several hundred guests contracted the virus. Officials said the event was too large, and videos of the celebration showed a packed dance floor of people without masks. Lopez-Gatell added that COVID-19 hospitalizations have risen in recent days, reversing a downward trend that began at the end of July. He suggested that faster detection of the virus or growing numbers of infections – or both factors combined – could be responsible. “We have early signs of an uptick in the pandemic,” he said. Mexico City, the country’s largest metropolis, has warned that tighter curbs may be on their way if an upward trend of hospitalizations persists in the sprawling capital. Some Mexicans lamented the loss of Day of the Dead traditions. “Every year we go to see my mother. This is the first since she died that we’re not going to go and it’s very sad,” said Claudia Morales, 49, in the Ocotlan municipality in the central state of Tlaxcala. In the rural community of Cuaxomulco also in Tlaxcala, authorities opted not to close the cemetery after public outrage. Lopez-Gatell said another “high-risk opportunity” for infections is the Day of the Virgin of Guadalupe on Dec. 12, when upwards of 3 million pilgrims every year flock to the Catholic basilica in Mexico City to honor the nation’s patron saint. Both festivities, along with Christmas, come as the weather is turning colder, which authorities fear could lead to more infections. Additional reporting by Lizbeth Diaz and Daina Beth Solomon A HuffPost Guide To Coronavirus Get the latest coronavirus updates here. 冠状病毒疫苗到来后生活会怎样? 您现在需要了解的有关口罩的所有信息. 您仍应消毒以预防COVID-19? 您今年早些时候可能患有冠状病毒吗? 不断与您的伴侣争论冠状病毒的风险? 你不是一个人. 每个人都应该得到有关COVID-19的准确信息. 通过今天成为HuffPost会员，支持无付费壁垒的新闻业-并使每个人都免费.