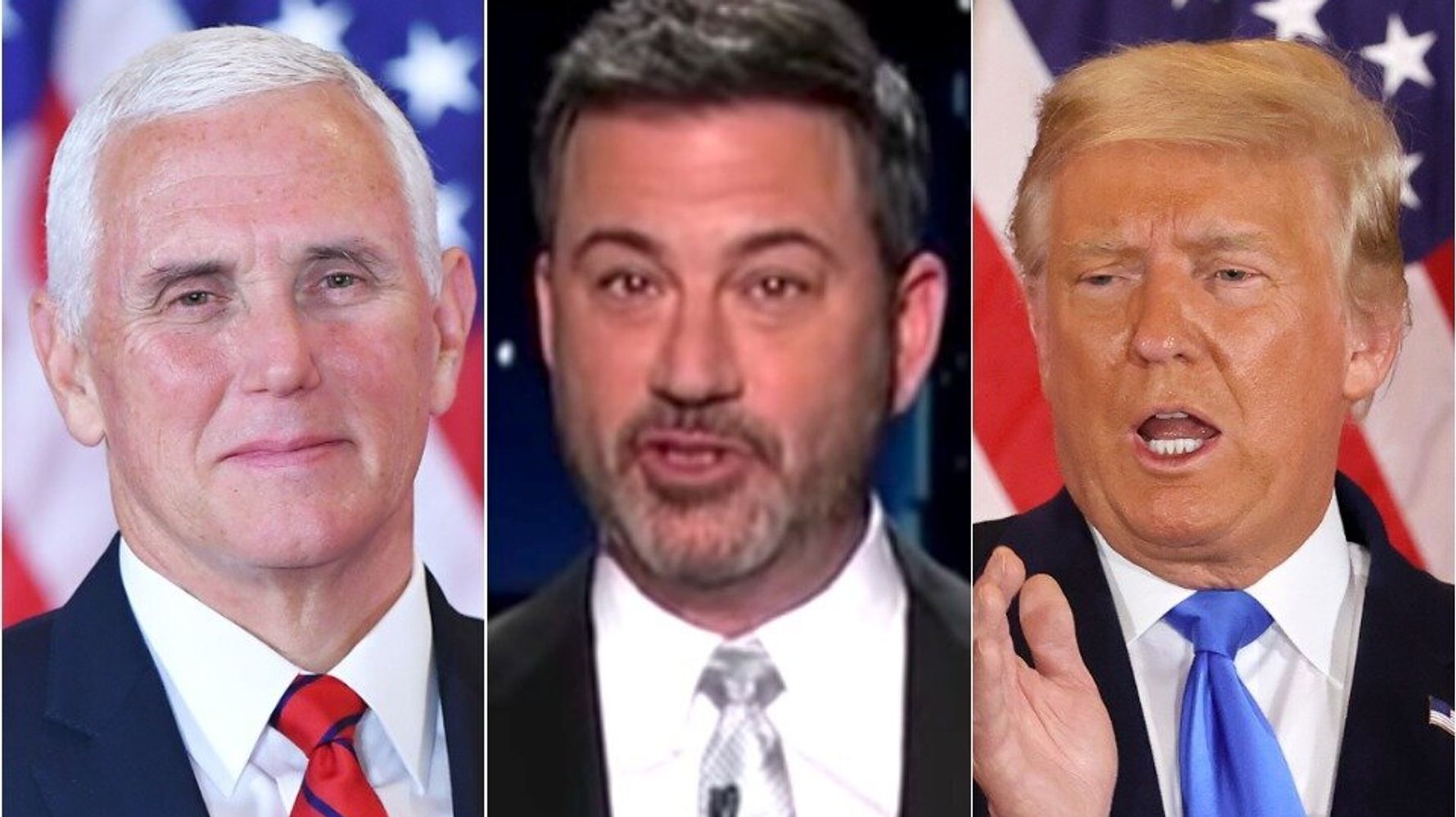 “Jimmy Kimmel on Thursday spotted a detail on Vice President Mike Pence’s Twitter account that he believes may signal an upcoming political battle with President Donald Trump. Kimmel noted that Pence is now following 47 people on the social media platform ― and that Pence would become the 47th president if he succeeds President-elect Joe Biden in the White House. “In other words, Trump 45, Biden 46, Pence 47,” said the comedian. “You sneaky mom!” Now, it’s unclear when Pence started following just 47 people. But Kimmel wanted to know if “maybe he’ll run against Trump next time?” noting how Trump has reportedly floated the idea of running again in 2024.  Check out Kimmel’s monologue here: