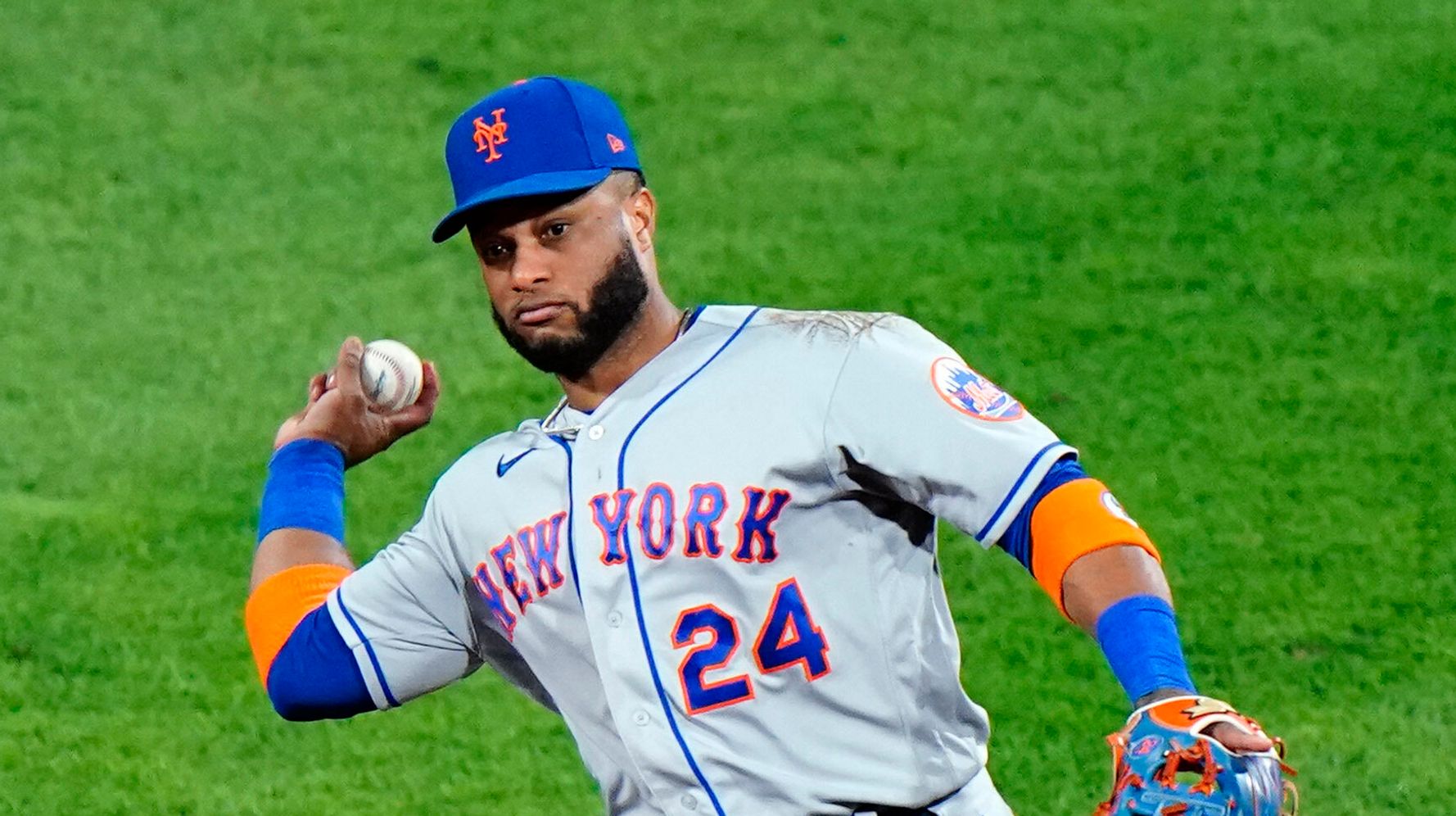 “ASSOCIATED PRESS New York Mets second baseman Robinson Cano throws to first after fielding a ground out by Philadelphia Phillies’ Didi Gregorius during the fourth inning of a baseball game, Tuesday, Sept. 15, 2020, in Philadelphia. (AP Photo/Matt Slocum) NEW YORK (AP) — Mets second baseman Robinson Canó was suspended for 162 games by Major League Baseball on Wednesday after his positive test for a performance-enhancing drug. The 38-year-old Canó will miss the entire 2021 season and lose $24 million in salary. The eight-time All-Star hit a robust .316 with 10 home runs and 30 RBIs in this year’s pandemic-shortened season. The commissioner’s office said Canó tested positive for Stanozolol, an anabolic steroid. He was penalized 80 games in May 2018 while with Seattle after a positive test for furosemide, a diuretic that some athletes have used to mask other substances. The penalty came less than two weeks after Steve Cohen bought the Mets for $2.4 billion. Sandy Alderson was hired as team president and general manager Brodie Van Wagenen exited the team — Van Wagenen made the trade to get Canó from Seattle in December 2018 after previously being his agent. “We were extremely disappointed to be informed about Robinson’s suspension for violating Major League Baseball’s Joint Drug Prevention and Treatment Program,” Alderson said in a statement. “The violation is very unfortunate for him, the organization, our fans, and the sport. The Mets fully support MLB’s efforts toward eliminating performance-enhancing substances from the game.” There was no immediate comment from Canó or the players’ union. Minus Canó, the Mets could move Jeff McNeil into a permanent spot at second base. McNeil has played all over the infield and outfield while batting .319 in three seasons with the Mets. ___ More AP MLB: https://apnews.com/MLB and https://twitter.com/AP_Sports