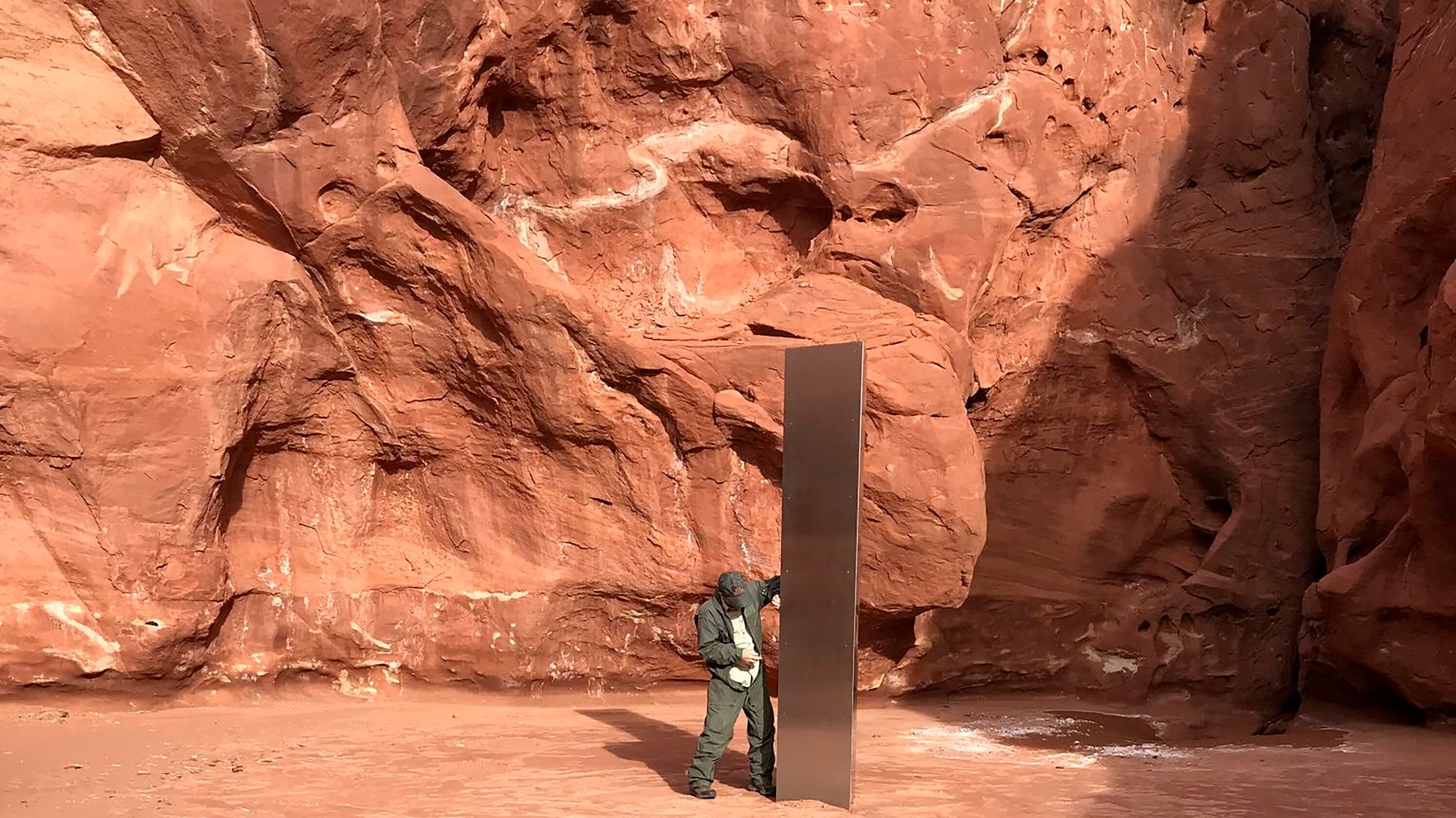 “SALT LAKE CITY (AP) — New clues have surfaced in the disappearance of a gleaming monolith in Utah that seemed to melt away as mysteriously as it appeared in the red-rock desert — though it’s no longer the only place where a strange structure has been discovered. A Colorado photographer told KSTU-TV that he saw four men come to the remote Utah site Friday night and push over the hollow, stainless steel object. “Right after it had fallen over and made a loud thud, one of them said, ‘This is why you don’t leave trash in the desert,’” Ross Bernards told the Salt Lake City TV station. The group broke down the structure into pieces, loaded it into a wheelbarrow and left. “As they were loading it up and walking away, they just said, ‘Leave no trace,’” he said. The sheriff’s office in San Juan County, Utah, has said it’s not planning an investigation into the disappearance of the monolith, which had been placed without permission on public land. But authorities also said they would accept tips from any of the hundreds of visitors who trekked out to see the otherworldly gleaming object deep in the desert. The sheriff and the Bureau of Land Management, which oversees the land where the object appeared, didn’t immediately respond to messages seeking comment on whether they are investigating the removal that Bernards’ group photographed. Visitors have left behind a mess of human waste, cars parked on vegetation and other debris, the land agency said. The mysterious structure that evoked the movie “2001: A Space Odyssey” generated international attention and drew plenty of speculation about otherworldly origins, though officials said it was an earthly creation of riveted plates of stainless steel. For Bernards, the visitors’ damage to the environment convinced him that the remote area was better off without the structure. “Leave the art to places where art should be and let Mother Nature have her space for art,"라고 말했다. Utah isn’t the only place a monolith emerged. A similar metal structure was found on a hill in northern Romania, in the city of Piatra Neamt. Like the Utah structure, whoever placed the object didn’t follow the proper steps and get a building permit, Mayor Andrei Carabelea said in a Facebook post over the weekend. Still, he took it in stride, joking that some “cheeky and terrible” alien teenagers were likely putting them up around the world. “I am honored they chose our city,"라고 말했다.