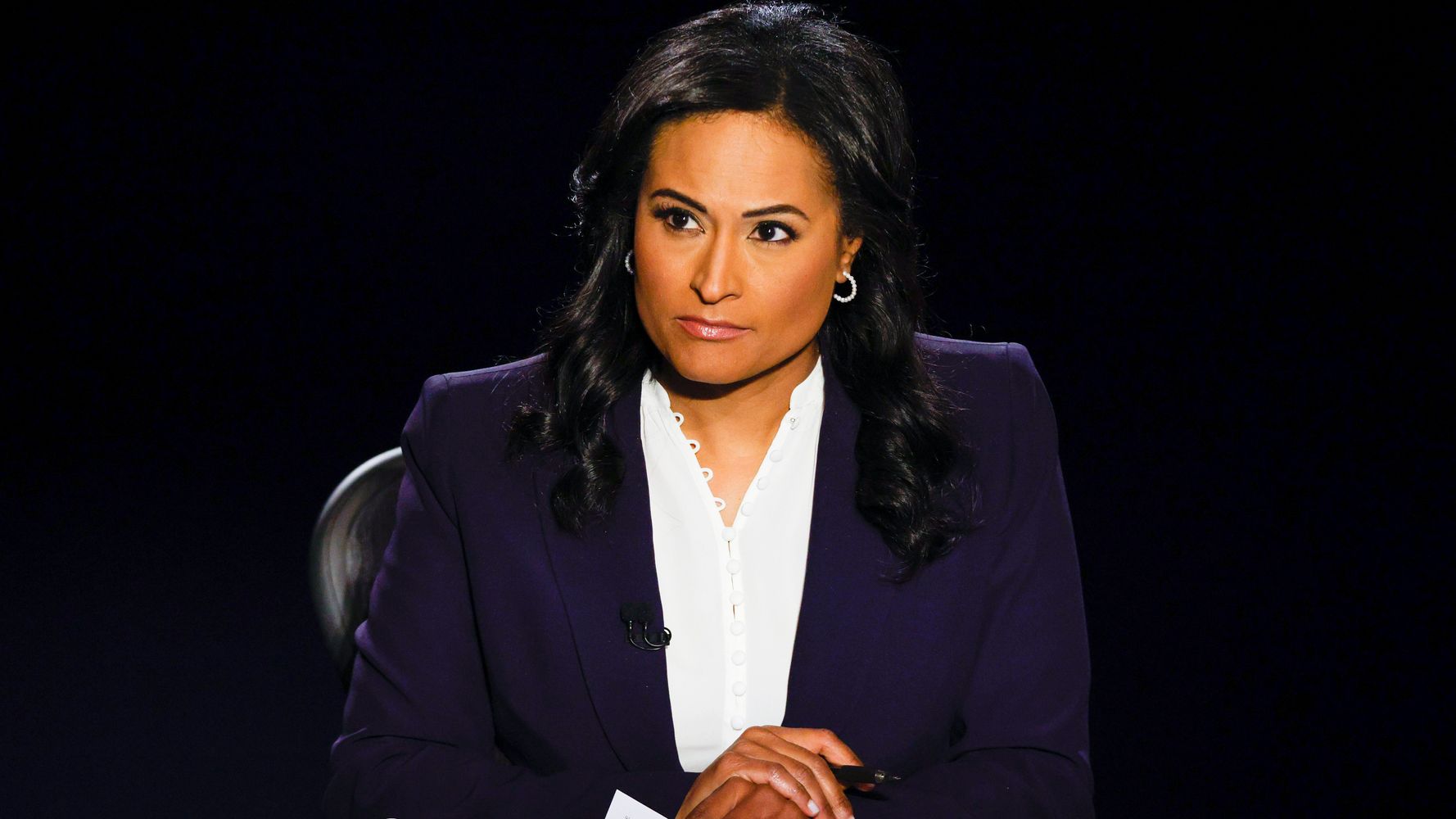 “NBC News White House correspondent Kristen Welker has garnered wide praise for how she moderated Thursday’s second and final presidential debate — and her MSNBC colleagues think now is the perfect time for President Donald Trump to apologize.  “Somebody owes our colleague, Kristen Welker, an apology,” “The 11th Hour” anchor Brian Williams said on air after the debate concluded Thursday night.  “She is owed an apology, you’re right, Brian, from the president,” host Rachel Maddow added. Welker, the first Black woman to moderate a general-election presidential debate since ABC News’ Carole Simpson in 1992, notably maintained order throughout the event, which, unfortunately, is a striking accomplishment considering the disaster of the first presidential debate.  Furthermore, Welker has been commended for the questions she asked, like when she pushed both candidates to address systemic racism and their thoughts on the experiences of many Black families and “the talk” — difficult conversations parents have had to have with Black children about racism, police brutality and survival.  Trump had spent much of the days leading up to the debate publicly criticizing Welker, calling her “terrible and unfair” on Twitter last week. The president then called Welker, who was honored last month at the annual Washington Women in Journalism Awards as an outstanding journalist in broadcast television, a “radical Democrat” at a rally in Arizona earlier this week.  I am so honored to receive this award and am looking forward to Thursday! https://t.co/QarHuUquAf— Kristen Welker (@kwelkernbc) September 22, 2020 Trump continued his attacks on Welker at that rally, falsely accusing her of deleting her Twitter account. NBC told the Associated Press that Welker’s Twitter account was at some point temporarily halted for security purposes, and not because she had any past tweets to hide.  The president’s recent attacks on Welker are a stark contrast to his comments about the correspondent in January, when he took a moment out of a news conference to congratulate her on new role as co-anchor on “Weekend Today.” Welker noted on air at the time that she was “not expecting that.” On MSNBC Thursday night, Maddow said that Trump had attacked Welker “over and over and over again” in the days leading up to the debate, adding that he was “trying to intimidate her.” “Clearly Kristen Welker was not intimidated,” Maddow continued.  Democratic presidential nominee Joe Biden said after the debate that he thought Welker did a “great job” of making the event run smoothly. Even Trump at one point during the debate told Welker, “By the way, so far, I respect very much the way you’re handling this.” Maddow continued her praise of Welker after the debate, saying she is “owed congratulations by the country.”