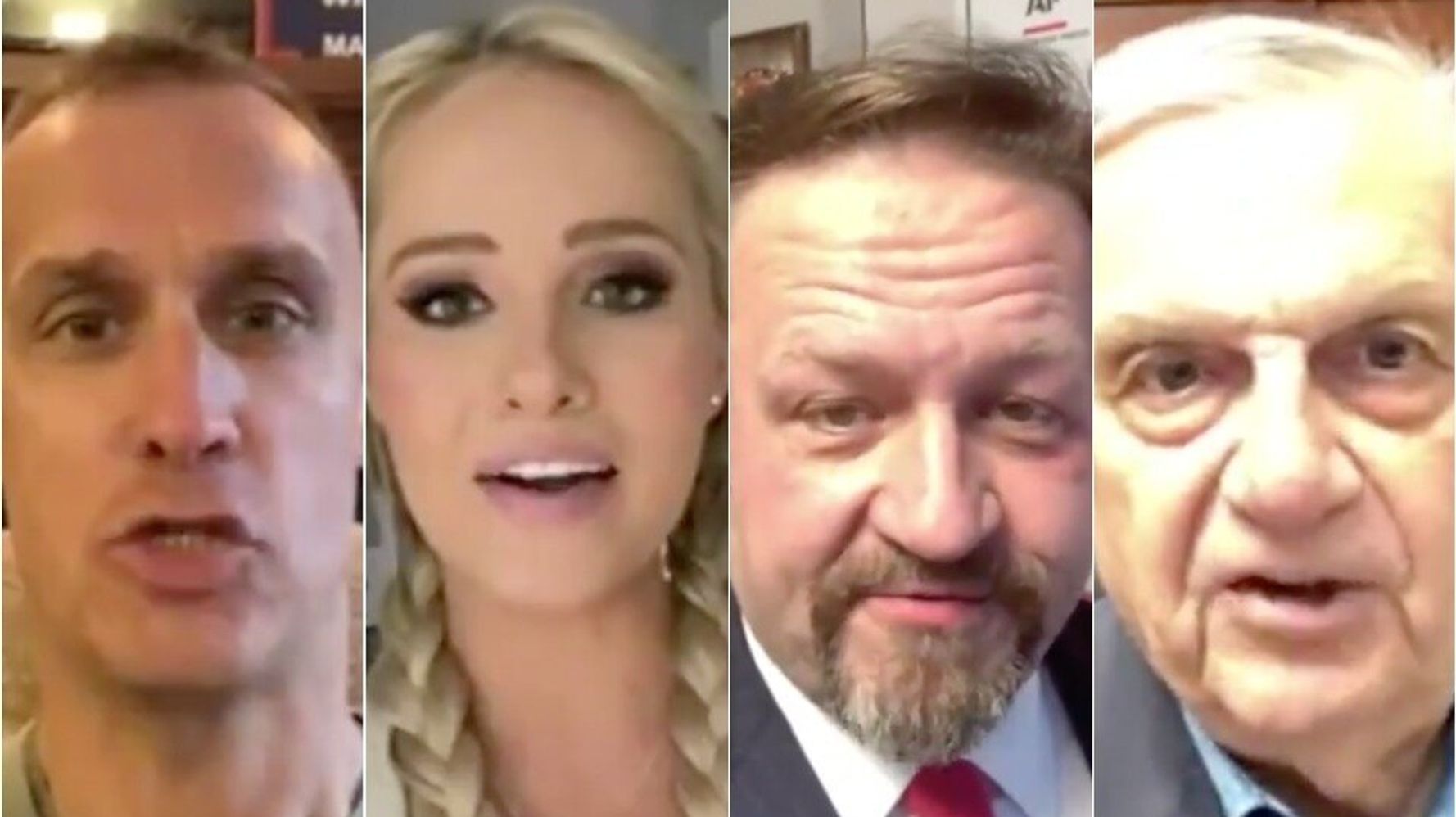 “Several prominent pro-Trump voices have been pranked into thanking “Iblis” — a figure in the Quran typically synonymous with Satan — for supporting the president.  Former Trump campaign manager Corey Lewandowski, Fox News host Tomi Lahren, former Trump aide and right-wing radio host Sebastian Gorka and controversial Arizona sheriff Joe Arpaio were among those who fell for the prank, engineered by Ali-Asghar Abedi, a comedy writer and contributor for various media outlets, including PBS, The New York Times and The Independent. The videos — which were combined into a supercut that features the pundits and politicians thanking “Iblis” for his passionate support of the president and reminding him to make American great again — were filmed via Cameo, an app where celebrities can be paid to record personalized messages for a fee.  MAGA-heads giving Iblis a shoutout for supporting Trump.What they don’t realize is that Iblis = Satan in Arabic 🤣👿#MAGA #Trump #TrumpRally #TrumpMeltdown #Iblis #Satan pic.twitter.com/S7vZQwDI3Z— Ali Asghar (@abediaa) October 28, 2020 Abedi has already used Cameo to trick right-wing figures into saying unlikely things. Other videos on his Twitter feed show him getting the notoriously anti-immigrant Arpaio to quote the famous “Immigrants, we get the job done” line from “Hamilton,” as well as pranking Proud Boys founder Gavin McInnes into endorsing Trump using language from “RuPaul’s Drag Race.”  Speaking with HuffPost, Abedi said that he had paid Lewandowski and Lahren both $80 to record the message, and Arpaio $30. Gorka’s fee had been $45, but since Gorka ended up recording the message after the deadline, Abedi ended up paying nothing. “They’re grifters who are stunningly ignorant and have no curiosity,” Abed said. “I left clues for them. I told them that Iblis was Arab American. If they had a sense of the world beyond MAGA, they’d research what Iblis means in an Arab context. I guess they’re true adherents to capitalism, placing money ahead of their own dignity.” Abedi did point out that he was “a bit crafty” in the spelling of “Iblis.” “I spelled it ‘Ebliz’ and laid out the pronunciation as ‘ibb-lease.’ But I] figured mentioning that Iblis is Arab should have been a cue to vet the request with someone who knows Arabic.” Notorious Trump confidant and convicted felon Roger Stone had also been on the prank list, Abedi said, but potentially figured out what “Iblis” meant and “never took the bait despite multiple attempts.” In the case of Lahren, Abedi said the Fox News pundit had learned nothing since August, when he pranked her in a viral video into saying that Trump was wise like an “ullu” — Hindi slang for an idiot or fool.