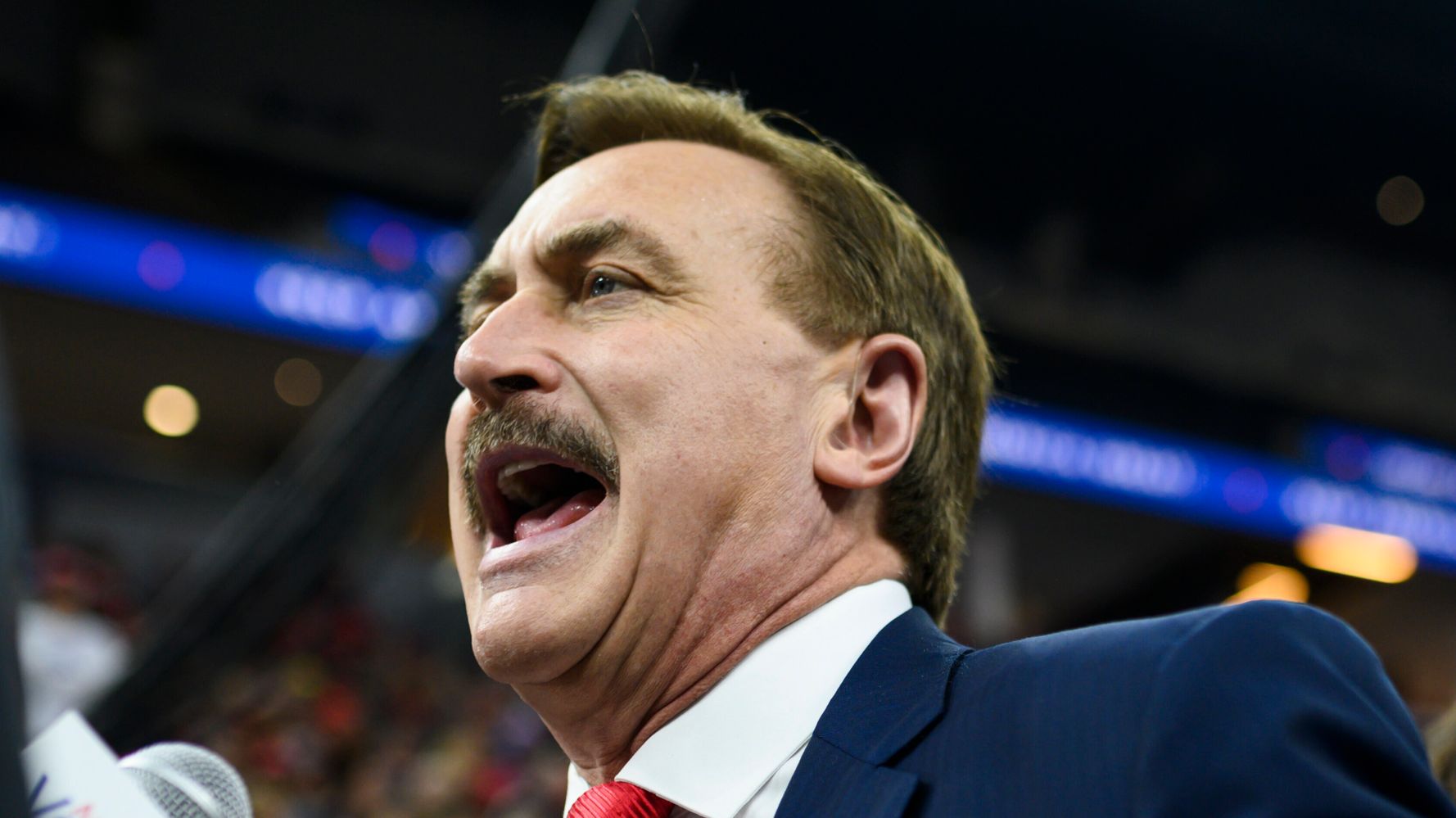 “A particularly unhinged rant from President Donald Trump disciple and campaign adviser “MyPillow Guy” Mike Lindell made the rounds on Twitter Saturday night. Lindell insisted people will “go to prison” because Georgia voters picked Joe Biden. “How do you not put people in prison?” Lindell asked in an interview at Trump’s Georgia rally Saturday night. “They will be going to prison,” he added, referring to the Georgia results giving a victory to Biden. Lindell, known for his starring roles in MyPillow ads for the company he founded, laid out his — and Trump’s — plan to snatch the Georgia election from voters. It’s the same basic plan the president rolled out in a phone call to Republican Gov. Brian Kemp earlier Saturday. (Kemp explained to the president that he doesn’t have the power to overturn an election in a democracy). Then they would grab the entire election, Lindell vowed. He was a bit fuzzy on details, though. “We have to get this governor … Brian Kemp has to give an order to have a Congress meeting, whatever they do, their legislators, and pull Georgia down and don’t give it to Biden,” Lindell shouted. “It doesn’t matter who they give it to; don’t give it to Biden and find out all your corruption.”  He added: “If you pull down Georgia, Pennsylvania and crooked Nevada, now nobody has 270 electoral] votes, and on December 14 it goes to the Electoral College] vote and Donald Trump wins the election!” “Wow! I love your passion and your motivation,” responded the right wing interviewer. There has been absolutely no evidence of election corruption anywhere in the nation. That’s why votes are being certified by states and multiple lawsuits challenging the results have been tossed out of the courts. Lindell is no stranger to tall tales, however. The bedding company CEO earlier this year urged Trump to take unproven plant extract oleandrin for COVID-19, insisting it’s “100% effective.” There’s absolutely no public data that oleandrin, an extract from the toxic oleander plant, has ever been tested in humans or animals against COVID-19. Lindell is an investor in a company that manufactures what some have referred to as the “snake oil.” Once Twitter followers got over their concerns about what they characterized as a “fascist coup” plot, they rather enjoyed the meltdown. Who knew? The My Pillow guy turns out to be a raving lunatic… https://t.co/4h7wS2YtLq— Charlie Sykes (@SykesCharlie) December 5, 2020 The mypillow guy is a touch unhinged pic.twitter.com/tKKgF7XdEx— Molly Jong-Fast🏡 (@MollyJongFast) December 5, 2020 Wow, he was all over the place. I’m not sure if he even understands the talking points. Didn’t he get the memo?— Donni Slater (@DonniSlater) December 6, 2020 That’s not really “winning” though, is it, Pillow Guy?— Nicole David 💛🐝 (@obbiecole) December 6, 2020 \”How do you not put people in prison?\” Well, Mike, a lot of people will be going to prison, just not the ones you’re thinking about.— Byron (@NotLordByron) December 6, 2020 “I love your passion!” WTF??!! Lindell just said we should throw out the legal votes from THREE STATES!That’s not “passion,” that’s sedition.— Excuse me, I’m speaking. (@mamaria33) December 5, 2020 These people are literally plotting to overthrow the government because they lost an election.This country needs to get real comfortable real fucking fast with putting them in prison for the actual crime they’re committing or this will get MUCH worse— Stephen Oliver (@elpandobearrito) December 6, 2020 My Pillow guy supporting a fascist coup in the USWas NOT on my 2020 bingo card https://t.co/sQZvCVQ71I— Andrew J. Padilla 🇵🇷 (@apadillafilm6) December 6, 2020