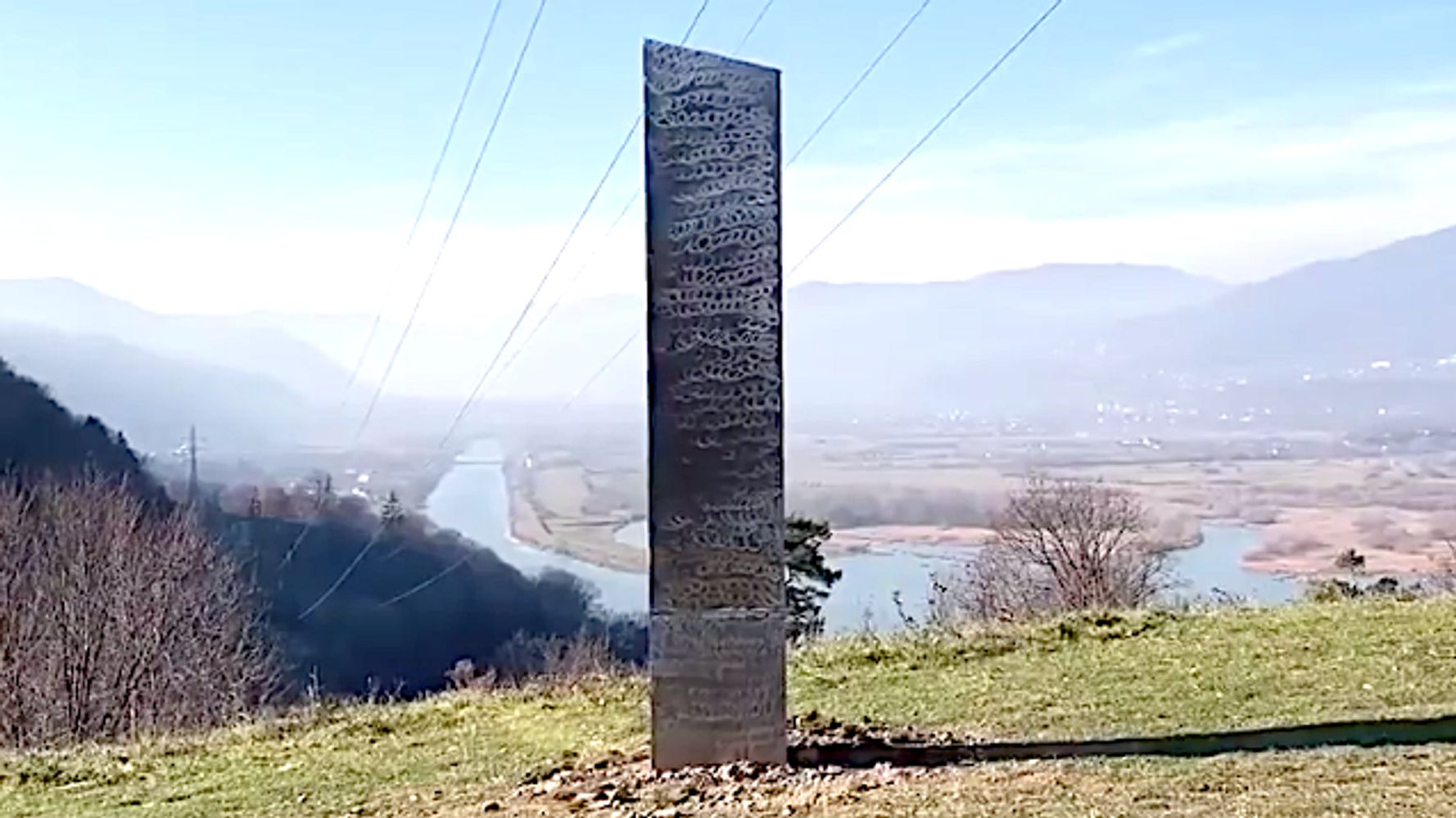 “Officials have launched an investigation into the strange appearance of a metallic monolith — this time in Romania — that’s similar to one in the Utah desert that later vanished. One Romanian outlet reported Monday that the latest structure has also vanished, but that could not immediately be confirmed. The Romanian monolith, which has been described as a near twin of the Utah version, was found on Batca Doamnei Hill in the city of Piatra Neamţ in northeastern Romania on Nov. 26, according to a number of press reports supported by photos and videos. The 13-foot structure was made of dark metal and covered in what looked like a series of scribbled circles. It appeared close to the ancient remains of the Petrodava Dacian Fortress, a battlement believed to have been destroyed by the Romans in the second century. This monolith found in Piatra Neamt in Romania is similar to the one found in Utah. Read more at our website: https://t.co/L6vPd5hjvI pic.twitter.com/4LP81Fa3fw— LUFOS (@LatestUFOs) November 29, 2020 “We have started looking into the strange appearance of the monolith,” Rocsana Josanu of the Neamt Culture and Heritage Department told Euro Weekly on Monday. “It is on private property, but we still don’t know who the monolith’s owner is yet. It is in a protected area on an archaeological site,” she added. “Before installing something there, they needed permission from our institution, one that must then be approved by the Ministry of Culture.” The Romanian and Utah structures eerily resemble the giant monolith in Stanley Kubrick’s classic science-fiction movie “2001: A Space Odyssey” — raising some observers’ hopes that space aliens are visiting. Others believe they’re elaborate art exhibits. Managers of a gallery for late artist and sci-fi enthusiast John McCracken believe he may have placed the Utah structure. They tweeted an image of a similar exhibit by the artist for comparison. The portal to Utah is at David Zwirner 20th Street: https://t.co/RVNlrfW1WA #UtahMonolith #JohnMcCracken pic.twitter.com/eZcwYhsQ8N— David Zwirner (@davidzwirner) November 25, 2020 Biologists spotted the Utah monolith from a helicopter on Nov. 18 while working for the Utah Division of Wildlife Resources. They had been counting bighorn sheep in the red rock area of southeastern Utah. But internet sleuths using historical images with the help of Google Earth discovered that the monolith had appeared on the spot sometime between August 2015 and October 2016, CNET reported. The futuristic TV series “Westworld” was being filmed nearby at the time, CNET noted, which could be another clue as to its source. The Utah monolith suddenly vanished last Friday. The Bureau of Land Management noted that the “illegally installed structure” was removed by an “unknown party” and not by department personnel. Neither BLM nor local police intend to investigate the disappearance. \”We have received credible reports that the illegally installed structure, referred to as the “monolith” has been removed by an unknown party. The BLM did not remove the structure which is considered private property…\” More: https://t.co/ZXJDGzxDaD pic.twitter.com/xXHdijk496— BLM Utah (@BLMUtah) November 29, 2020 View this post on Instagram A post shared by Spencer Owen (@thespencerowen)