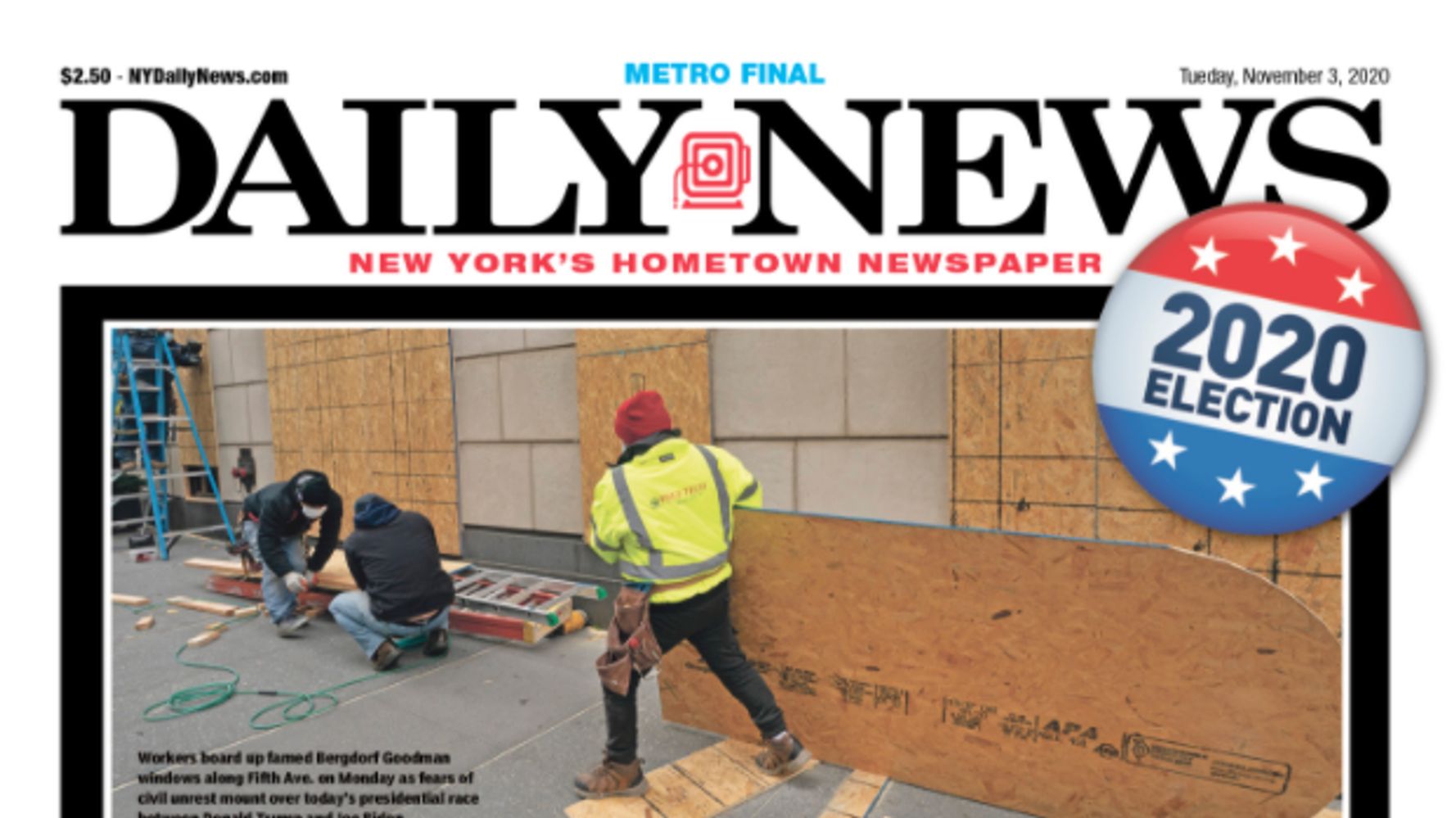 “The New York Daily News summed up the nervousness of the nation with its front page on Tuesday, describing the U.S.A. on its cover as the “United States of Anxiety.” Next to photos of President Donald Trump and Democratic nominee Joe Biden, the tabloid noted how the country is “on edge” for the “most divisive Election Day in history.” United States of Anxiety Nation on edge, cities boarded up for most divisive Election Day in historyhttps://t.co/jrLoIzfshShttps://t.co/K7fnNsNbp8 pic.twitter.com/iNlCVI1ZD3— New York Daily News (@NYDailyNews) novembre 3, 2020 The Daily News has in recent years become somewhat known for its Trump-bashing covers, many of which go viral on social media. Four years ago on Election Day 2016, the newspaper urged voters to “Stop The Don Con” and send “steady” Democratic candidate Hillary Clinton to the White House with this front page: Today’s front: STOP THE DON CON https://t.co/gt6DDqM57m NEWS TO VOTERS: Send an unqualified liar home & steady Clinton to the White House pic.twitter.com/empXYveNtY— New York Daily News (@NYDailyNews) novembre 8, 2016