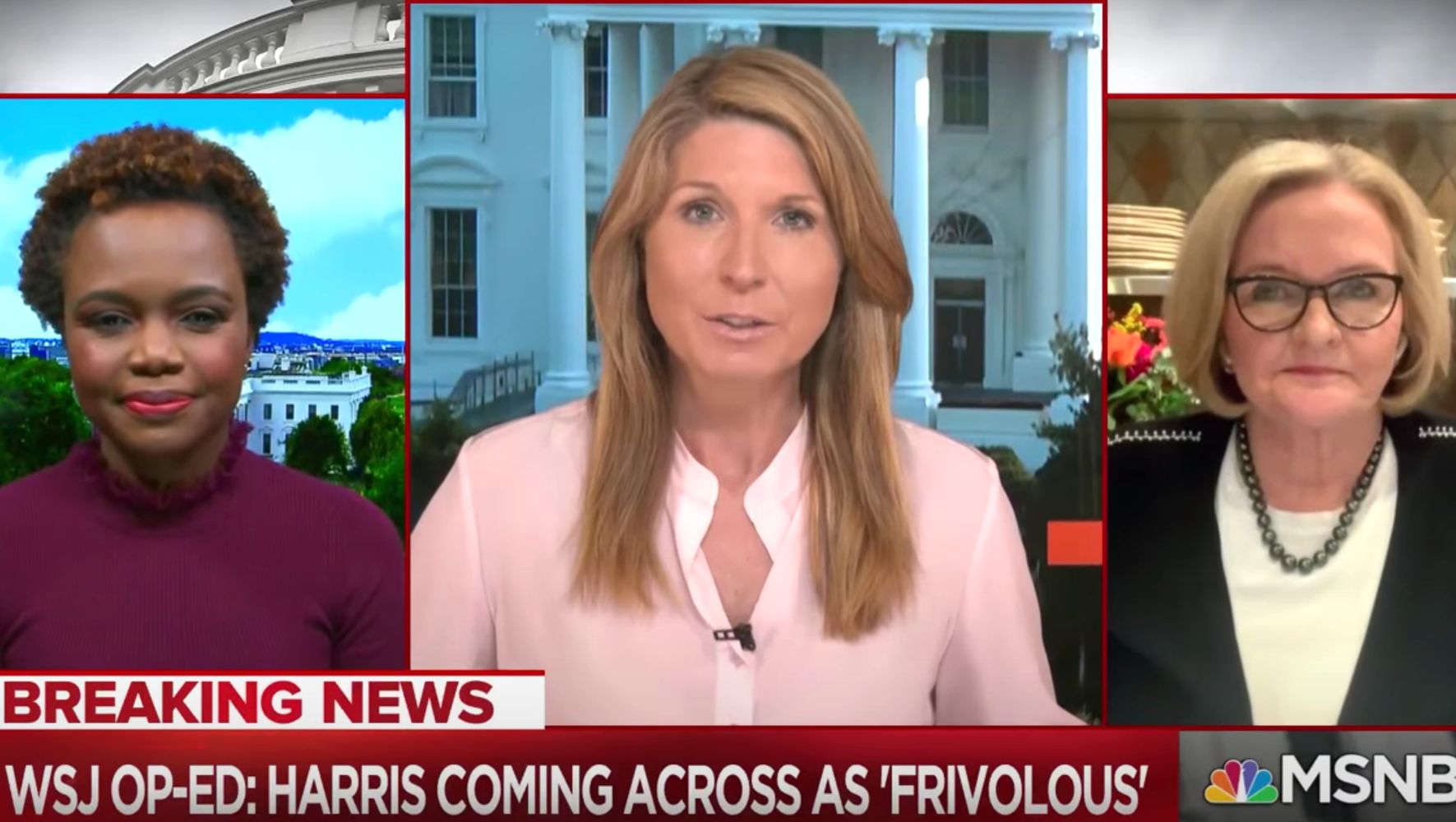 “MSNBC’s Nicolle Wallace isn’t having any of conservative columnist Peggy Noonan’s sexist criticism of Democratic vice presidential candidate Kamala Harris. In a controversial article published over the weekend, The Wall Street Journal opinion writer rubbished the senator from California, who could become the first Black woman to be vice president, for being “giddy” on the campaign trail. Noonan wrote: “She’s dancing with drum lines and beginning rallies with “Wassup, Florida!” She’s throwing her head back and laughing a loud laugh, especially when nobody said anything funny. She’s the younger candidate going for the younger vote, and she’s going for a Happy Warrior vibe, but she’s coming across as insubstantial, frivolous. When she started to dance in the rain onstage, in Jacksonville, Fla., to Mary J. Blige’s ‘Work That,’ it was embarrassing.” Noonan noted that “apparently you’re not allowed to say these things because she’s a woman” and called for Harris to be more serious. On MSNBC’s “Deadline: White House” on Monday, Wallace said she revered Noonan, a former speechwriter for President Ronald Reagan, but was completely disappointed by her words. “When you’re a white woman and you’re a Republican, there’s just certain stuff culturally that you don’t know jack bleep about, and you should keep your mouth shut when other people … ," lei disse. “This to me, felt tone-deaf, it felt nasty, it felt personal and it felt bitchy,” she added. Nicolle Wallace on Peggy Noonan’s column criticizing Kamala Harris for dancing:\”When you’re a white woman and Republican, there’s just certain stuff culturally that you don’t know jack bleep about… This, to me, felt tone-deaf and nasty and it felt personal and it felt bitchy\” pic.twitter.com/Y1LJq1I5zz— Justin Baragona (@justinbaragona) ottobre 26, 2020 MSNBC political analyst Claire McCaskill, a former Democratic senator from Missouri, said she’d “never been more disappointed in a woman that I thought I admired in my life.” “Well, I’ll tell her what’s ‘embarrassing,’” she added. “A president that pays off porn stars. A president that pulls babies out of the arms of their mothers. A president who says he likes to grab women by the you-know-what. A president who uses the White House for campaign events. A president who praises white supremacists. e, sì, even a president who can’t dance, doesn’t know how to show joy or empathy, and tries to do some kind of ridiculous arm thrust to ‘YMCA.’ That is what’s embarrassing.” McCaskill went on to praise Harris, a senator from California, saying she was “anything but embarrassing.” “She is uplifting, she is inspirational, she is strong and substantial, and she is going to be one hell of a vice president," lei disse. “I have never loved you more,” Wallace told her. Watch more below.