“Democrat Joe Biden may be the president-elect, but Rep. Alexandria Ocasio-Cortez (D-N.Y.) says she remains uncertain as to what the future holds for the nation — and the Democratic Party. Speaking to The New York Times on Saturday, Ocasio-Cortez, who convincingly won reelection this week with more than 68% of the vote in New York’s 14th District, criticized leaders and other elements of her party for being distrustful of her and other more progressive members — who, she argued, have been pivotal in winning votes and candidates for the party. She also accused Democrats of historically forgetting about grassroots movements and activists once elections are over. She said it’s left to be seen whether the Biden administration will behave any differently; but if they don’t, she warned, the party’s future will be bleak. “I don’t know how open they’ll be,” Ocasio-Cortez told the Times when asked how welcoming she believed Biden would be to more progressive politics. “And it’s not a personal thing. It’s just, the history of the party tends to be that we get really excited about the grassroots to get elected. And then those communities are promptly abandoned right after an election.” If Biden’s administration follows this pattern, “I’d be bummed, because we’re going to lose,” Ocasio-Cortez said. “It’s really hard for us to turn out nonvoters when they feel like nothing changes for them. When they feel like people don’t see them, or even acknowledge their turnout,” she added. Earlier on Saturday, Ocasio-Cortez called out former Ohio Gov. John Kasich, a Republican and Biden ally, on Twitter for saying the “far-left” had threatened Biden’s presidential campaign. “The Democrats have to make it clear to the far left that they almost cost” Biden the election, Kasich told CNN. “That people in this country are basically center, center right, center left. They’re not far left and they’re also not far right.” Ocasio-Cortez lambasted Kasich for his remarks and pointed to examples of how more progressive elements of the Democratic Party had helped win critical votes in battleground states like Arizona, Michigan and Georgia. Anyone saying this after immigrant organizers delivered AZ, Black grassroots flipped Georgia, MI going blue w reality-bending 94% Detroit margin + @RashidaTlaib running up the margins in her district & Trump publicly challenging @IlhanMN in MN and losing isn’t a serious person. https://t.co/2FtJzqGki8— Alexandria Ocasio-Cortez (@AOC) novembre 7, 2020 She added in a follow-up tweet that she and other progressive candidates have, for the past two years, “been unseating powerful Dem incumbents supported by DCCC,” referring to the Democratic Congressional Campaign Committee — yet no one in the party had ever asked her what weaknesses she saw in the committee’s operation. “If they stop blaming progressives, we can help," lei disse. One thing I’ll say: for the last two years, I and progressive candidates have been unseating powerful Dem incumbents supported by DCCC.Not *once* has anyone in the party asked me what weaknesses I’ve found in their operation.If they stop blaming progressives, we can help.— Alexandria Ocasio-Cortez (@AOC) novembre 7, 2020 Ocasio-Cortez echoed these sentiments in her interview with the Times. “If the party believes after 94 percent of Detroit went to Biden, after Black organizers just doubled and tripled turnout down in Georgia, after so many people organized Philadelphia, the signal from the Democratic Party is the John Kasichs won us this election? Voglio dire, I can’t even describe how dangerous that is," lei disse. The congresswoman went on to admit that she had almost not run for reelection this year ― in part because of a “lack of support” from the Democratic Party, which she said seemed to perceive her as “the enemy.” In the end, però, she said she chose to run to “prove that this is real.” “That this movement was real. That I wasn’t a fluke. That people really want guaranteed health care and that people really want the Democratic Party to fight for them," lei disse.

["For a politician who easily won reelection, rappresentante. Alexandria Ocasio-Cortez (D-N.Y.) doesn’t sound very eager to continue in public office. “I don’t even know if I want to be in politics,” the progressive star said in...

["rappresentante. Alexandria Ocasio-Cortez (D-N.Y.) on Friday warned what to expect from Donald Trump’s most ardent acolytes ― suggesting that even some of the president’s staunchest supporters may now try to pivot away from him...

["rappresentante. Alexandria Ocasio-Cortez (D-N.Y.) on Friday slammed the “spinelessness” of embattled Sen. Lindsey Graham (R-S.C.), tweeting that he was “at the top when it comes to folding on your own values like a wet blanket...

["rappresentante. Alexandria Ocasio-Cortez (D-N.Y.) is being shamed by conservatives for spending money on her appearance again, and her rebuttals are as fiery as ever. The progressive Democrat responded on Thursday to an articl... 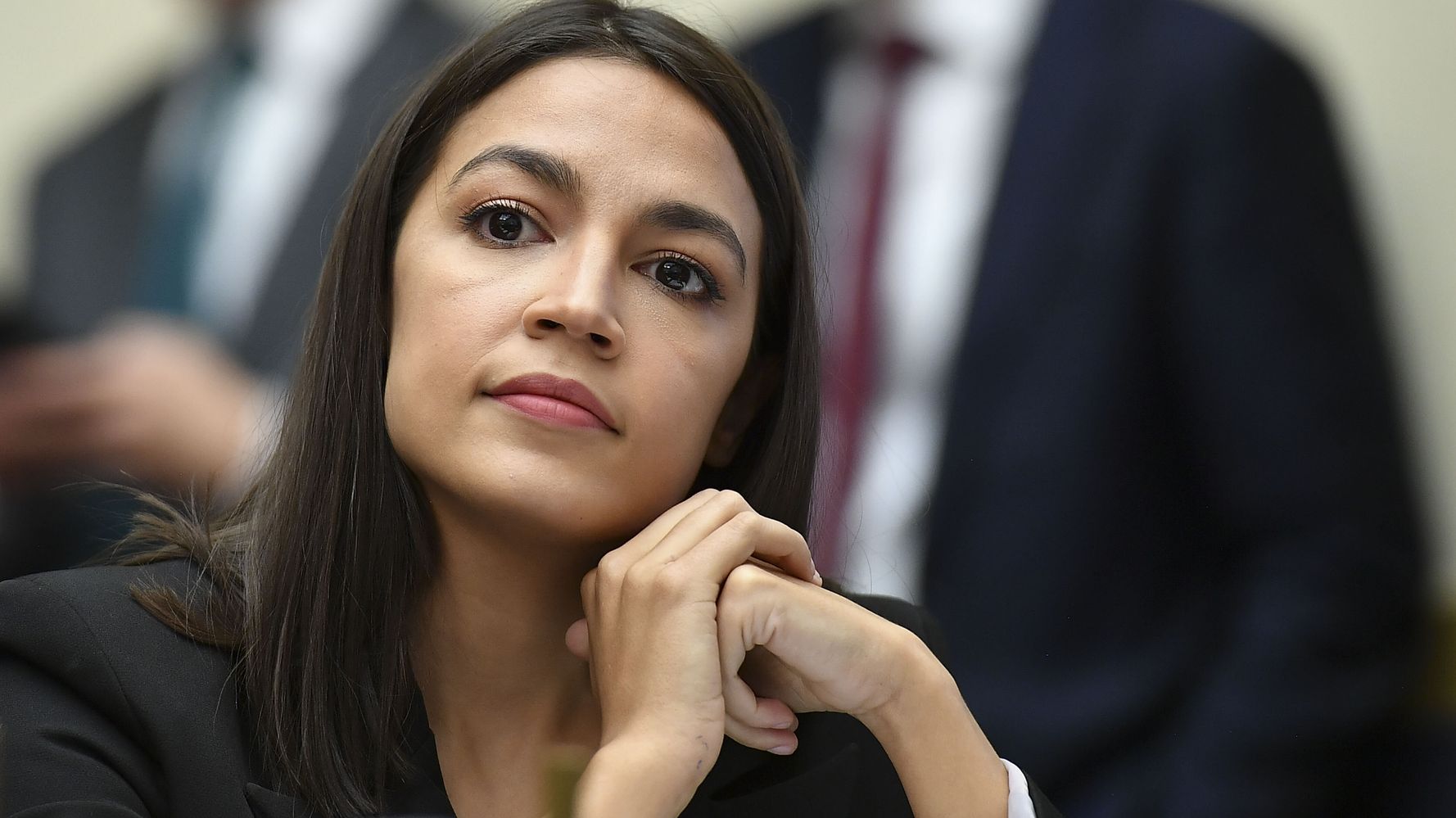 ["rappresentante. Alexandria Ocasio-Cortez (D-N.Y.) revealed that there was more that went on with Rep. Ted Yoho (R-Fla.) after he called her a “f**king bitch” earlier this year than what people saw on the House floor. The nativ...