Olivia Newton-John And The Joy Of Being Still 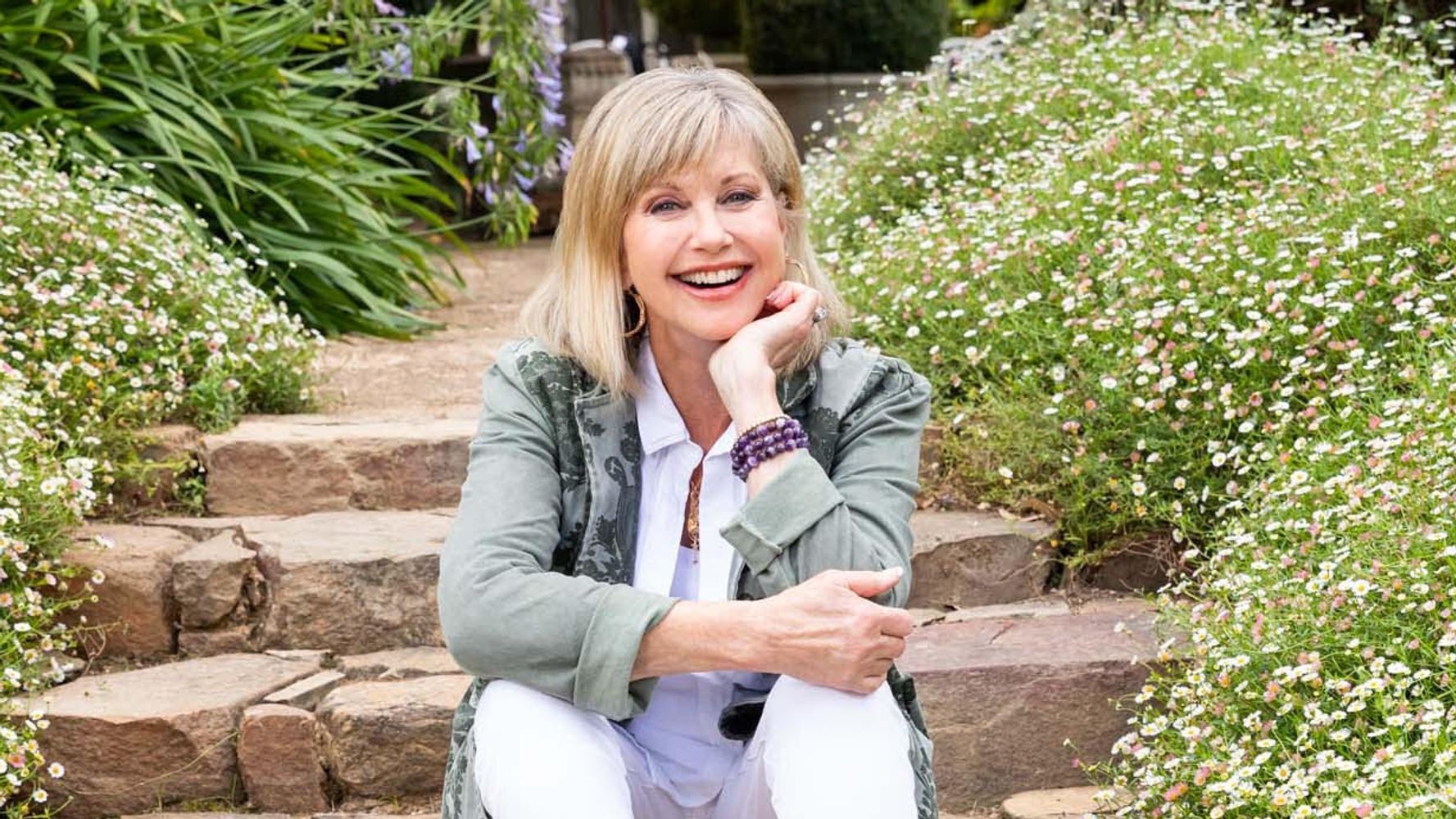 “Brett Goldsmith Olivia Newton-John is raising money for her ONJ Foundation, her charity dedicated to cancer research and treatments. For the first time she can remember, Olivia Newton-John has been still.  The singer-actress has spent practically her whole life traveling between movie sets and concert stages. But since the COVID-19 pandemic hit, she has been staying home ― and has enjoyed the downtime.  “It’s been quite wonderful to be in one place and not be able to go anywhere because my whole life has been on a plane or bus or doing shows. To be in one place to watch the seasons, plant something to eat and actually eat it, has always been my dream,” she told HuffPost. “And I feel even guilty saying that this has been nice for me being home to sleep, being quiet. Being home has been very healing for me.” Time at home has also given the singer-actress the opportunity to sort through some of her possessions. She sifted through her drawers and closets and found items she plans to put up for auction, including memorabilia from her starring turns in “Grease,” “Xanadu” and more.  “I have a lot of stuff, and stuff is not what brings you joy in life. I’m very happy that my followers are interested in them,” Newton-John said.  On Nov. 30, Newton-John will auction off nearly 300 of her personal items at Julien’s Auctions. It’s the second time she’s put some of her things up for auction ― with all proceeds benefiting the ONJ Foundation, Newton-John’s organization dedicated to therapies to treat all cancers with a specific focus on holistic care options. First diagnosed with breast cancer in 1992, Newton-John has faced the disease three times over the years. Most recently, in 2017, Newton-John learned that the cancer had metastasized, eventually leading to Stage 4 cancer, which spread to her spine. She’s currently feeling good and focused on staying healthy. Cole Bennetts via Getty Images Newton-John performed at Fire Fight Australia at ANZ Stadium in February in Sydney, shortly before countries started going on lockdown due to COVID-19. Although 28 years have passed, she can still clearly remember the events surrounding her first diagnosis. “I had lumps before 1992 and they were not serious, they were benign,” she recalled. “But this one I didn’t feel right about and went to the doctor and I had a mammogram, which didn’t show anything. So I’m not going to say that to scare women. I just say, if you feel something doesn’t feel right to you, then pursue it. And I’ve met quite a few women who said that same thing happened to them and they did find something. You need to trust those instincts.” It’s why Newton-John, 72, is encouraging women to do self-breast exams. “Going to the doctor once a year is fine, but it’s very important to have a baseline of what is normal for you. And if there are lumps that come and go, then you know, they come and go, that’s nothing serious. It’s something that is there and it stays there and you’re concerned about it or it grows. Then you should see a doctor and have a check-up on it.” Newton-John has sadly lost several friends over the years to breast cancer. Most recently, she had to say goodbye to actress Kelly Preston, wife of Newton-John’s “Grease” co-star, John Travolta. Preston died in July at age 57, two years after she was diagnosed with breast cancer. “Kelly was a beautiful woman, a sweet, sweet person. And of course, incredibly sad. And I love John and the family,” Newton-John said. “I love the whole family and I’m always there for them, of course. But this really gave me the motivation to keep going with my foundation. In the last few months, I lost three people I knew to cancer. So it just gives me more motivation to continue with what I’m doing.” Due to the ongoing pandemic, she doesn’t expect to be doing live concerts or any movie or TV projects anytime soon. During these quiet days at home, she’s planning to record a new song with her daughter, Chloe. Mostly it seems Newton-John wants to dedicate time to her foundation and raising awareness for breast cancer. “I’m happy that my personal items are] going to a big cause,” she said, “and they have a purpose and it’s a bigger purpose to see a world beyond cancer, which is my big dream.”

Why I Lie About Being Disabled

["Courtesy of Kara Garbe Balcerzak The author enjoying her favorite activity in 2014, one year before her accident. Almost as soon as I stopped working, I began lying about it. It started a few days after my last day ...

["2020 has claimed another celebrity couple who we thought would never split: Olivia Wilde and Jason Sudeikis.  The “Booksmart” director and “Saturday Night Live” alum have ended their engagement after nine years toge...

["CNN’s Brianna Keilar on Tuesday named and shamed just some of the sycophants who continue to assist President Donald Trump in spinning the false narrative that he actually won the 2020 election. Keilar slammed Attor...