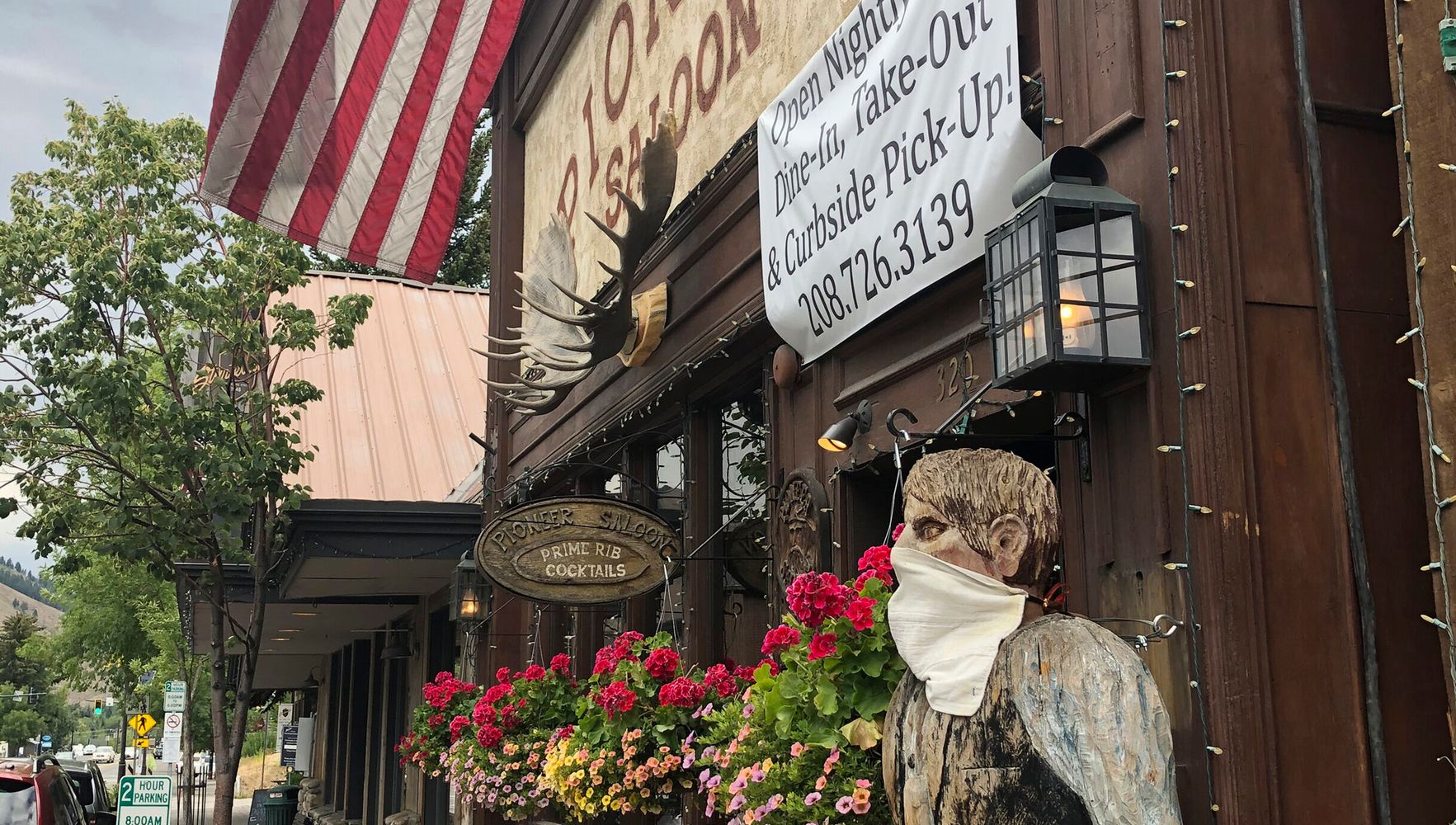 “BOISE, Idaho (美联社) — Moments after hearing an Idaho hospital was overwhelmed by COVID-19 patients and looking at sending people as far away as Seattle for care, members of a regional health department board voted Thursday to repeal a local mask mandate. “Most of our medical surgical beds at Kootenai Health are full,” Panhandle Health District epidemiologist Jeff Lee told board members in the state’s third most populated county. The hospital in Coeur d’Alene reached 99% capacity a day earlier, even after doubling up patients in rooms and buying more hospital beds. Idaho is one of several states where a surge of COVID-19 infections is overwhelming hospitals, likely in part because cooler weather is sending people indoors, 我们. health officials said. “We’re facing staff shortages, and we have a lot of physician fatigue. This has been going on for seven months — we’re tired,” Lee said. He introduced several doctors who testified about the struggle COVID-19 patients face, the burden on hospitals and how masks reduce the spread of the virus. But the board voted 4-3 to end the mask mandate. Board members overseeing the operations of Idaho’s public health districts are appointed by county commissioners and not required to have any medical experience. Board member Walt Kirby said he was giving up on the idea of controlling the spread of coronavirus. “I personally do not care whether anybody wears a mask or not. If they want to be dumb enough to walk around and expose themselves and others, that’s fine with me,” Kirby said. “Nobody’s wearing the damned mask anyway. … I’m sitting back and watching them catch it and die. Hopefully I’ll live through it.” Another member, Allen Banks, denied COVID-19 exists. “Something’s making these people sick, and I’m pretty sure that it’s not coronavirus, so the question that you should be asking is, ‘What’s making them sick?’” he told the medical professionals who testified. Similar scenes — with doctors and nurses asking officials for help, only to be met with reluctance or even open skepticism — have played out across the conservative state. Idaho is sixth in the nation for new coronavirus cases per capita, with the average number of confirmed cases increasing by more than 55% every day over the past two weeks. 仍然, Republican Gov. Brad Little has declined to issue a statewide mask mandate or limit crowd sizes beyond requiring social distancing at large events and in businesses, which is seldom enforced. 反而, Little has left it up to local health departments and school districts to make the tough decisions that sometimes come with blowback from the public. In the southern city of Twin Falls, hospital officials told health board members this week that they too were in danger of being overwhelmed, with one out of every four hospitalized patients sick with COVID-19. The region’s hospitals, operated by St. Luke’s Health System, have been forced to postpone non-emergency surgeries and ship patients elsewhere. “I want to be very clear: Punting those decisions is saying we’re willing to put that burden on the shoulders of our frontline staff,” Mike Fenello, St. Luke’s vice president of population health, told board members in asking for a mask mandate Wednesday. “Will you please help those on the front lines? They need you to help.” Instead, board members decided to write a letter to the governor asking him for a statewide mask requirement. The board did restrict indoor gatherings to 50 人们, except for grocery stores, schools, religious institutions, polling places and nonprofits. In central Idaho, Adams County commissioners have approved a resolution rescinding all orders, recommendations and restrictions related to COVID-19. “And we resolve that Adams County is open for business and back to normal,” the commissioners wrote. Adams County is very sparsely populated, with about 4,250 居民. 迄今为止, it’s been relatively untouched by the virus, with just 32 documented cases. Health leaders in the Boise region and in eastern Idaho have been more willing to take sometimes unpopular steps. Residents in Ada County, Idaho’s most populated, and Valley County, a resort destination with many visitors, are required to wear masks in public, and health officials have issued safety recommendations to schools. Idaho reported 987 new COVID-19 cases Thursday, according to a tally by Johns Hopkins University, bringing the total to more than 56,600 since the pandemic began. Infections are thought to be higher because a lack of testing and other factors. At least 553 people have died of the virus, including seven reported Thursday. HuffPost冠状病毒指南在此处获取最新的冠状病毒更新. 冠状病毒疫苗到来后生活会怎样? 您现在需要了解的有关口罩的所有信息. 您仍应消毒以预防COVID-19? 您今年早些时候可能患有冠状病毒吗? 不断与您的伴侣争论冠状病毒的风险? 你不是一个人. 每个人都应该得到有关COVID-19的准确信息. 通过今天成为HuffPost会员，支持无付费壁垒的新闻业-并使每个人都免费.