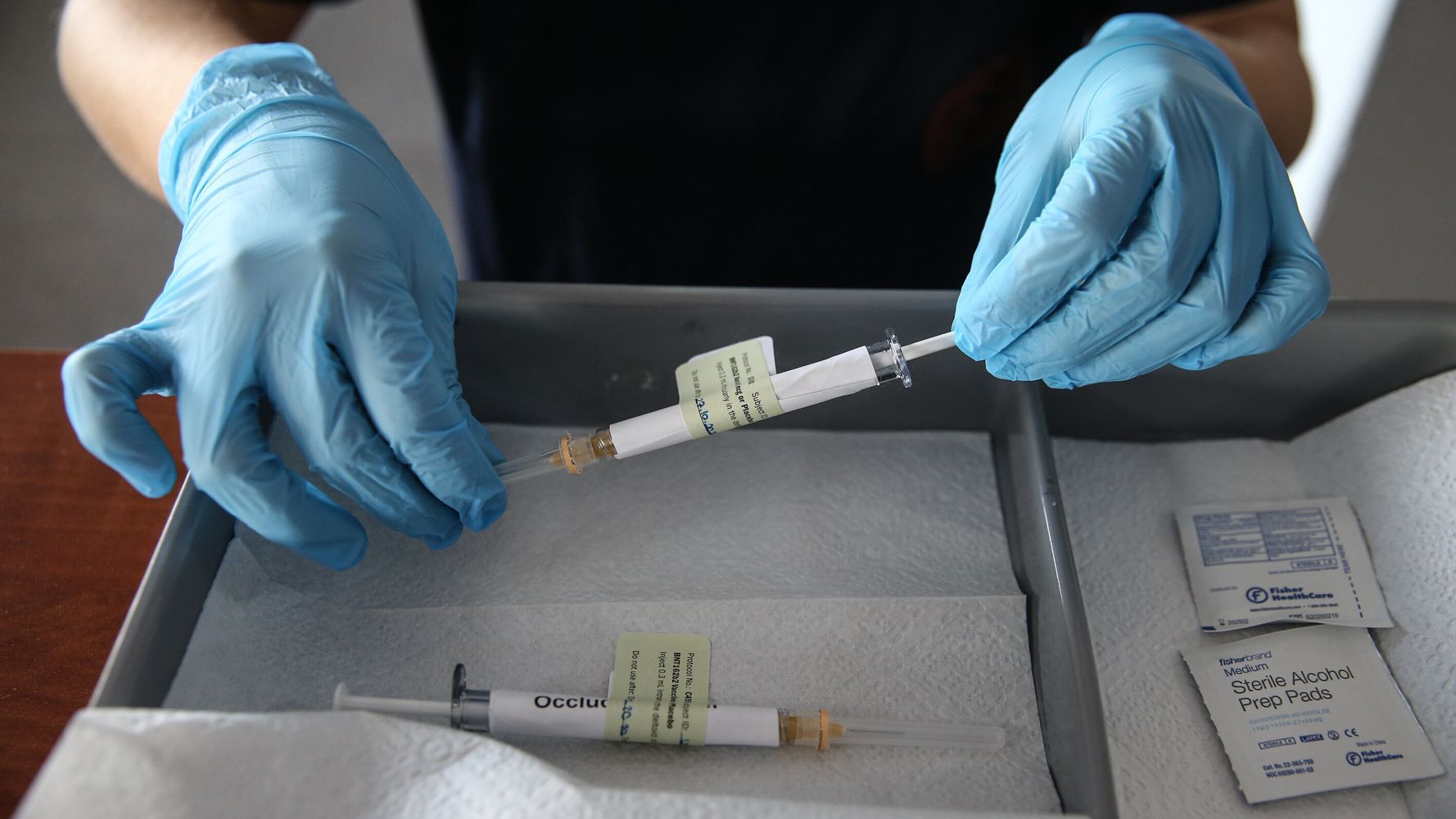 “Pfizer says an early peek at its vaccine data suggests the shots may be 90% effective at preventing COVID-19, indicating the company is on track later this month to file an emergency use application with U.S. regulators. Monday’s announcement doesn’t mean a vaccine is imminent: This interim analysis, from an independent data monitoring board, looked at 94 infections recorded so far in a study that has enrolled nearly 44,000 people in the U.S. and five other countries. Pfizer Inc. did not provide any more details about those cases, and cautioned the initial protection rate might change by the time the study ends. Even revealing such early data is highly unusual. “We’re in a position potentially to be able to offer some hope,” Dr. Bill Gruber, Pfizer’s senior vice president of clinical development, told The Associated Press. “We’re very encouraged.” Authorities have stressed it’s unlikely any vaccine will arrive much before the end of the year, and limited initial supplies will be rationed. The shots made by Pfizer and its German partner BioNTech are among 10 possible vaccine candidates in late-stage testing around the world — four of them so far in huge studies in the U.S. Another U.S. company, Moderna Inc., also has said it hopes to be able to file an application with the Food and Drug Administration later this month. Volunteers in the final-stage studies, and the researchers, don’t know who received the real vaccine or a dummy shot. But a week after their second required dose, Pfizer’s study began counting the number who developed COVID-19 symptoms and were confirmed to have the coronavirus. Because the study hasn’t ended, Gruber couldn’t say how many in each group had infections. Doing the math, that would mean almost all the infections counted so far had to have occurred in people who got the dummy shots. Pfizer doesn’t plan to stop its study until it records 164 infections among all the volunteers, a number that the FDA has agreed is enough to tell how well the vaccine is working. The agency has made clear that any vaccine must be at least 50% effective. No participant so far has become severely ill, Gruber said. Nor could he provide a breakdown of how many of the infections had occurred in older people, who are at highest risk from COVID-19. Participants were tested only if they developed symptoms, leaving unanswered whether vaccinated people could get infected but show no symptoms and unknowingly spread the virus. FDA has required that U.S. vaccine candidates be studied in at least 30,000 people. In addition to adequate numbers of older adults, those studies must also include other groups at high risk, including minorities and people with chronic health problems. And it told companies they must track half their participants for side effects for at least two months, the time period when problems typically crop up. Pfizer expects to reach that milestone later this month, but said Monday no serious safety concerns have been reported. Because the pandemic is still raging, manufacturers hope to seek permission from governments around the world for emergency use of their vaccines while additional testing continues — allowing them to get to market faster than normal but raising concerns about how much scientists will know about the shots. The FDA’s scientific advisers last month said they worry that allowing emergency use of a COVID-19 vaccine could damage confidence in the shots and make it harder to ever find out how well they really work. Those advisers said it’s critical these massive studies are allowed to run to completion. ___ The Associated Press Health and Science Department receives support from the Howard Hughes Medical Institute’s Department of Science Education. The AP is solely responsible for all content. Everyone deserves accurate information about COVID-19. Support journalism without a paywall — and keep it free for everyone — by becoming a HuffPost member today.   A HuffPost Guide To Coronavirus Here’s the latest science on COVID antibodies.  How does the coronavirus spread differently than the flu? What does the new CDC definition of a COVID-19 “close contact” mean for you? Is it safe to see grandparents for the holidays?  Therapists predict how this year will shape our mental health.