Pig Guts And Punches Fly In Taiwan Parliament Over Imports Of U.S. Meat 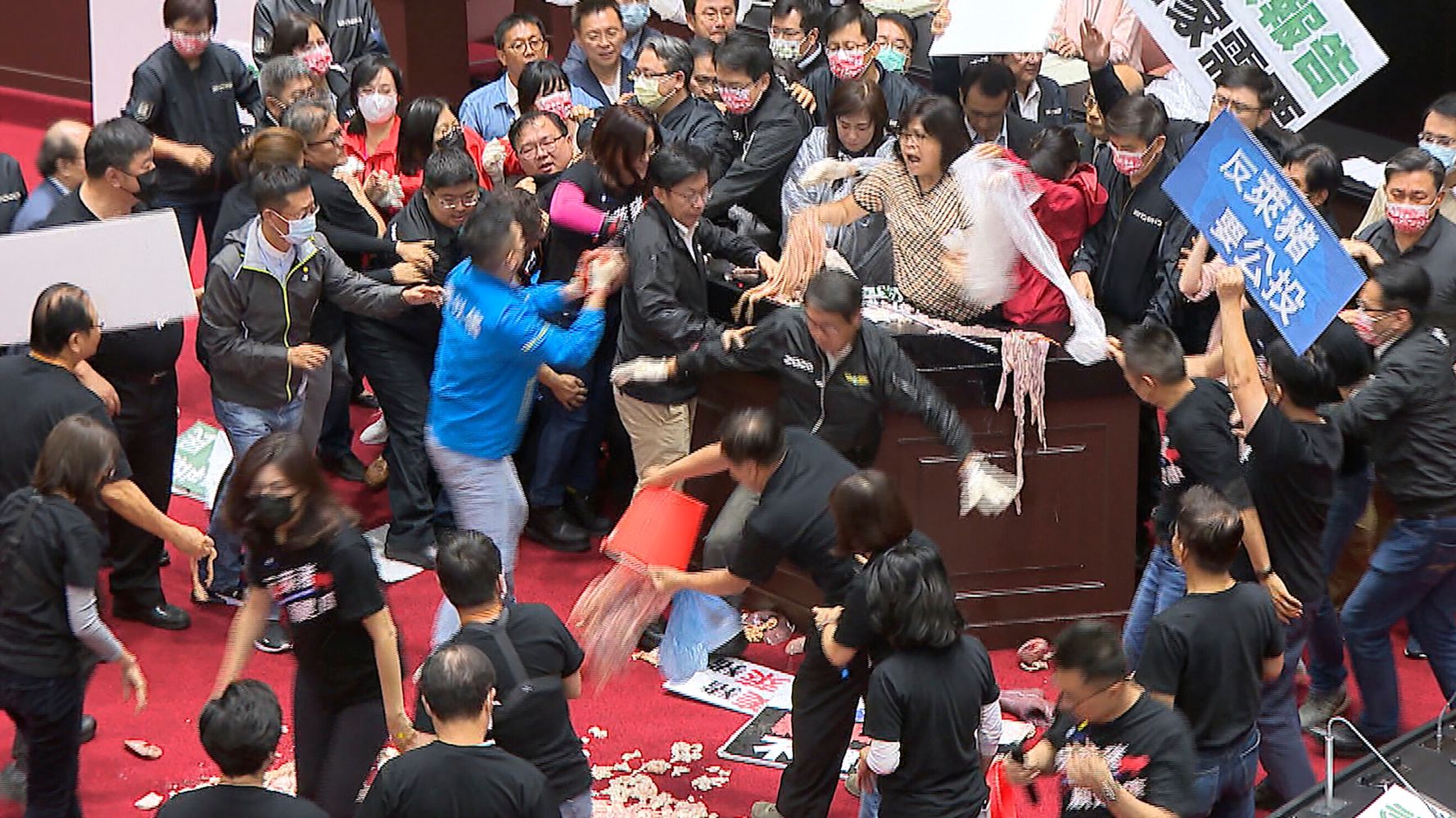