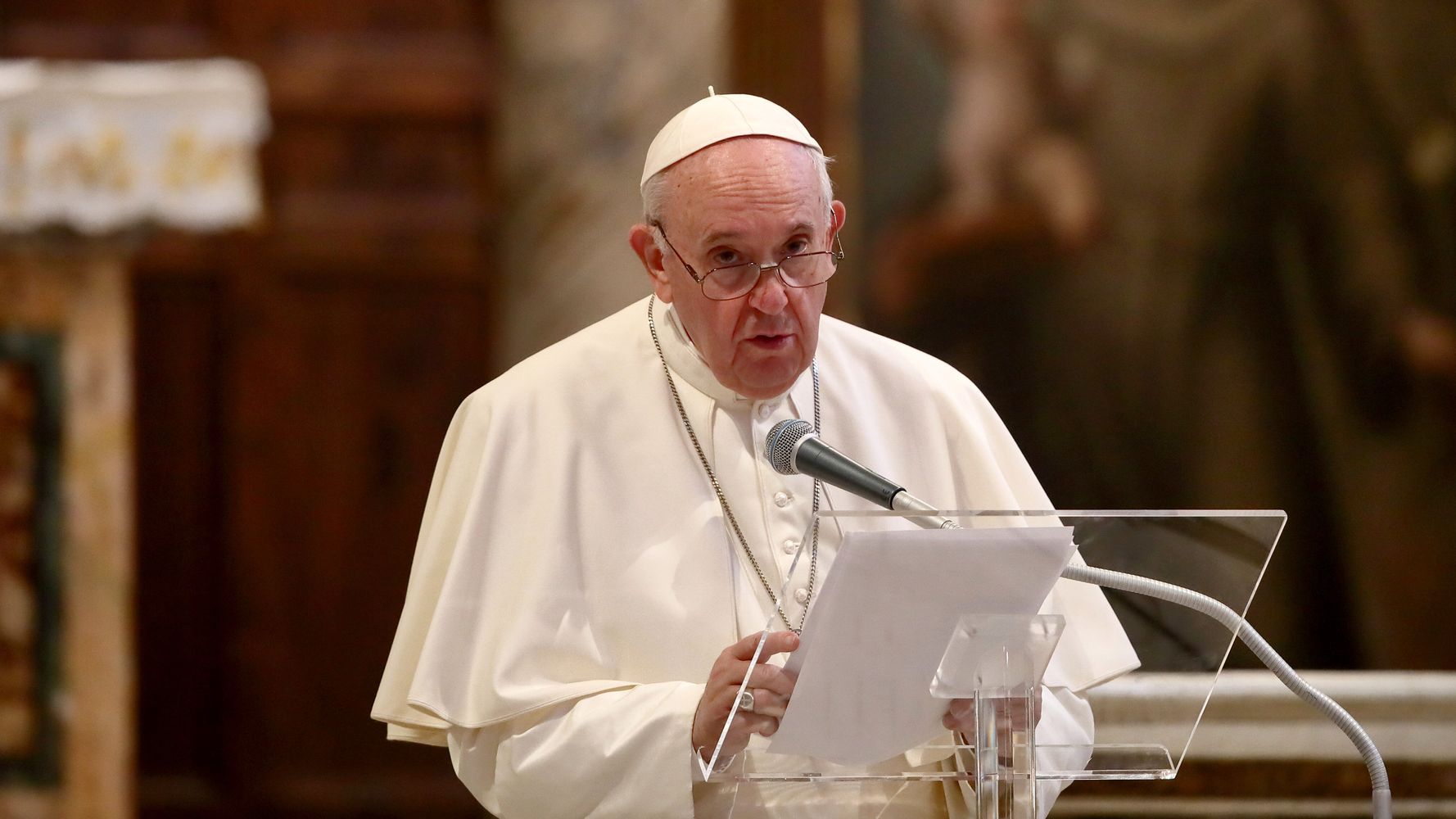 “Vatican Pool via Getty Images ROME, ITALY – OCTOBER 20: Pope Francis holds his speech during an International Prayer Meeting for Peace \”No one is saved alone – Peace and Fraternity\” at the Roman Basilica of Aracoeli on October 20, 2020 in Rome, Italy. VATICAN CITY (AP) — Pope Francis has named 13 new cardinals, including Washington D.C. Archbishop Wilton Gregory, who would become the first Black U.S. prelate to earn the coveted red cap. In a surprise announcement from his studio window Sunday to faithful standing below in St. Peter’s Square, Francis said the churchmen would be elevated to a cardinal’s rank in a ceremony on Nov. 28. Other new cardinals include an Italian who is the long-time papal preacher at the Vatican and a churchman from Kigali, Rwanda.