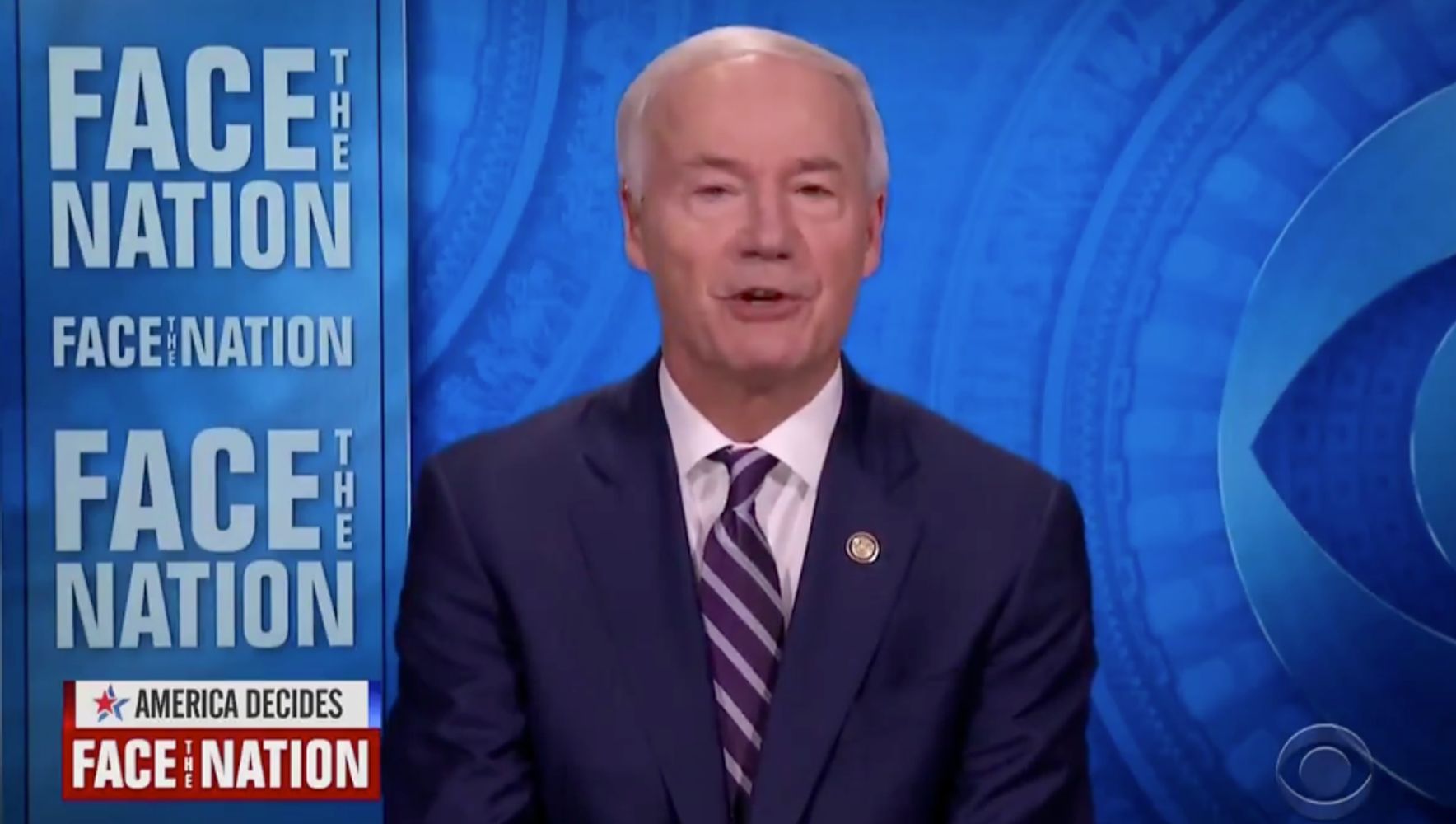 “Arkansas’ Republican Gov. Asa Hutchinson criticized President Donald Trump on Sunday for sending “confusing messages” about whether Americans should wear masks and practice social distancing to slow the spread of the coronavirus. Margaret Brennan, host of CBS’ “Face the Nation,” asked Hutchinson whether Trump’s reluctance to endorse mask-wearing enthusiastically hurt the governor’s ability to persuade his constituents to practice virus mitigation measures. “Well, it makes it confusing,” Hutchinson said. Trump has “made it very clear that wearing a mask is important. I saw him wear a mask going into the polls yesterday. But obviously, with the rallies, there is confusing messages there.” NEWS: Arkansas’ Republican Gov. @AsaHutchinson says @realDonaldTrump’s messaging on masks “makes it confusing” as to what to do in mitigating the impacts of #COVID19He says POTUS and leaders in crisis need to do two things: \”be truthful and realistic\” and give people \”hope\” pic.twitter.com/HF4H0tLjqo— Face The Nation (@FaceTheNation) October 25, 2020 Hutchinson said the president must be “truthful and realistic” about the crisis. Trump has repeatedly downplayed the threat of the virus in public, despite acknowledging privately that it’s very contagious and deadly. The president has also said several times that his administration has the virus “under control.” But White House chief of staff Mark Meadows said Sunday that the U.S. is “not going to control the pandemic.” “Everyone knows that we are going through a very difficult crisis, and it’s going to likely get worse as we go into the winter,” Hutchinson said Sunday. Public health experts ― including Dr. Anthony Fauci, the leading infectious disease expert on the White House’s coronavirus task force ― have warned that the cooler months may bring a serious spike in infections across the country. Trump’s own public health officials have urged Americans to wear masks and socially distance in an effort to curb the contagion. But the Trump campaign continues to host large rallies, and while it said it encourages attendees to wear masks, many rallygoers do not. Trump ― who was hospitalized for COVID-19 earlier this month ― refused to wear a mask in public until recently. He said in May that he didn’t want to “give the press the pleasure of seeing it.” He has mocked people who wear masks, including Democratic presidential nominee Joe Biden and members of the press. Hutchinson said a president should also “give the American people hope” and that the Trump administration has been working “incredibly hard” to develop a vaccine. “So they’re working hard at the White House level, but the communication as to what we need to do is an important part of it as well,” Hutchinson said.