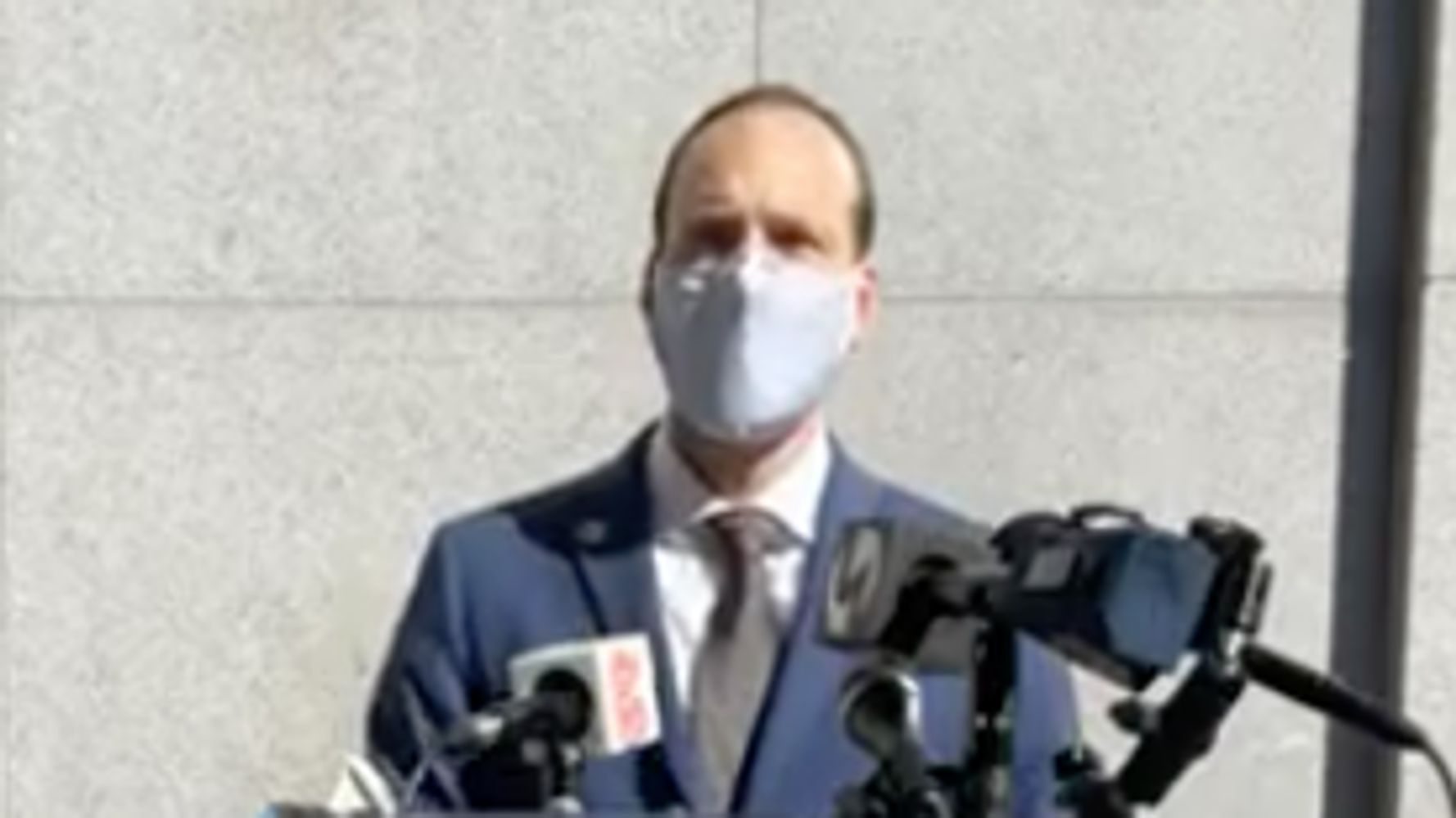 “In an historic first, San Francisco District Attorney Chesa Boudin charged former police officer Chris Samayoa with homicide over the 2017 fatal shooting of Keita O’Neil, who was Black. It was the first time the city had ever prosecuted a law enforcement officer for a killing while on duty, per Boudin. “As recent events have reminded us, for far too long we’ve seen the failure of our legal system to hold police accountable for violence committed against the very members of the public that they have sworn to serve and protect,” Boudin said in a press conference announcing the charges on Monday. The progressive DA, elected last year, said he hopes to send a message “loud and clear” to the city’s Black community, as well as its police department: “No one is above the law … We are here to enforce laws equally, no matter what the color of your skin, no matter how much money you have in your bank, and no matter your job title or whether you wear a uniform to work.” The San Francisco community was outraged after the police shooting in December 2017 of 42-year-old O’Neil, who was unarmed. Officers responded to a report of a suspected carjacking and pursued the stolen van in their vehicle. After O’Neil, who was driving the van, stopped to get out of the car and flee running, officer Samayoa allegedly shot out of the passenger window of the police car, killing O’Neil in the streets of the historic Black neighborhood of Bayview. Samayoa, who was a rookie in his first days on the job, was fired months later, but remains at liberty. An internal affairs investigation is still open, reports the San Francisco Chronicle. The San Francisco Police Department did not immediately respond to HuffPost’s request for comment. The new charges come after months of national reckoning with racism and police violence over the police killings earlier this year of George Floyd, Breonna Taylor and other Black people nationwide. Boudin said O’Neil’s family told him that the charges being brought against the officer who killed their loved one “gives them hope that justice may finally be served.” Today, my office filed homicide charges against the former officer who shot and killed Keita O’Neil, an unarmed, Black man in 2017. As far as we are aware, this is the first time in San Francisco history that an officer has been prosecuted for homicide.— Chesa Boudin 博徹思 (@chesaboudin) novembre 23, 2020 In neighboring Alameda County in September, DA Nancy O’Neil announced charges against a San Leandro police officer who fatally shot a Black man in a Walmart in April — the first such charges since the infamous 2009 killing of Oscar Grant by a BART transportation officer. On Monday morning, the San Francisco DA’s office charged Samayoa with voluntary manslaughter, involuntary manslaughter, assault by an executive officer, assault with a semi-automatic firearm and negligent discharge of a firearm. Boudin expects Samayoa to turn himself in later this week and does not plan to seek to detain him in jail pre-trial. California’s AB392 law, which went into effect earlier this year, aims to make it easier to hold officers accountable for deadly shootings, by changing the standard for use of force from “when reasonable” to “when necessary.” It will not apply to the San Francisco case, as it is not retroactive. Monday’s historic announcement follows along the lines of Boudin’s campaign promises, which included criminal justice reform and namely holding officers accountable for excessive force. Under Boudin, San Francisco ended its use of cash bail, a practice long criticized for discriminating against poor people, and disproportionately against people of color. California voters earlier this month struck down an attempt to eliminate cash bail statewide.