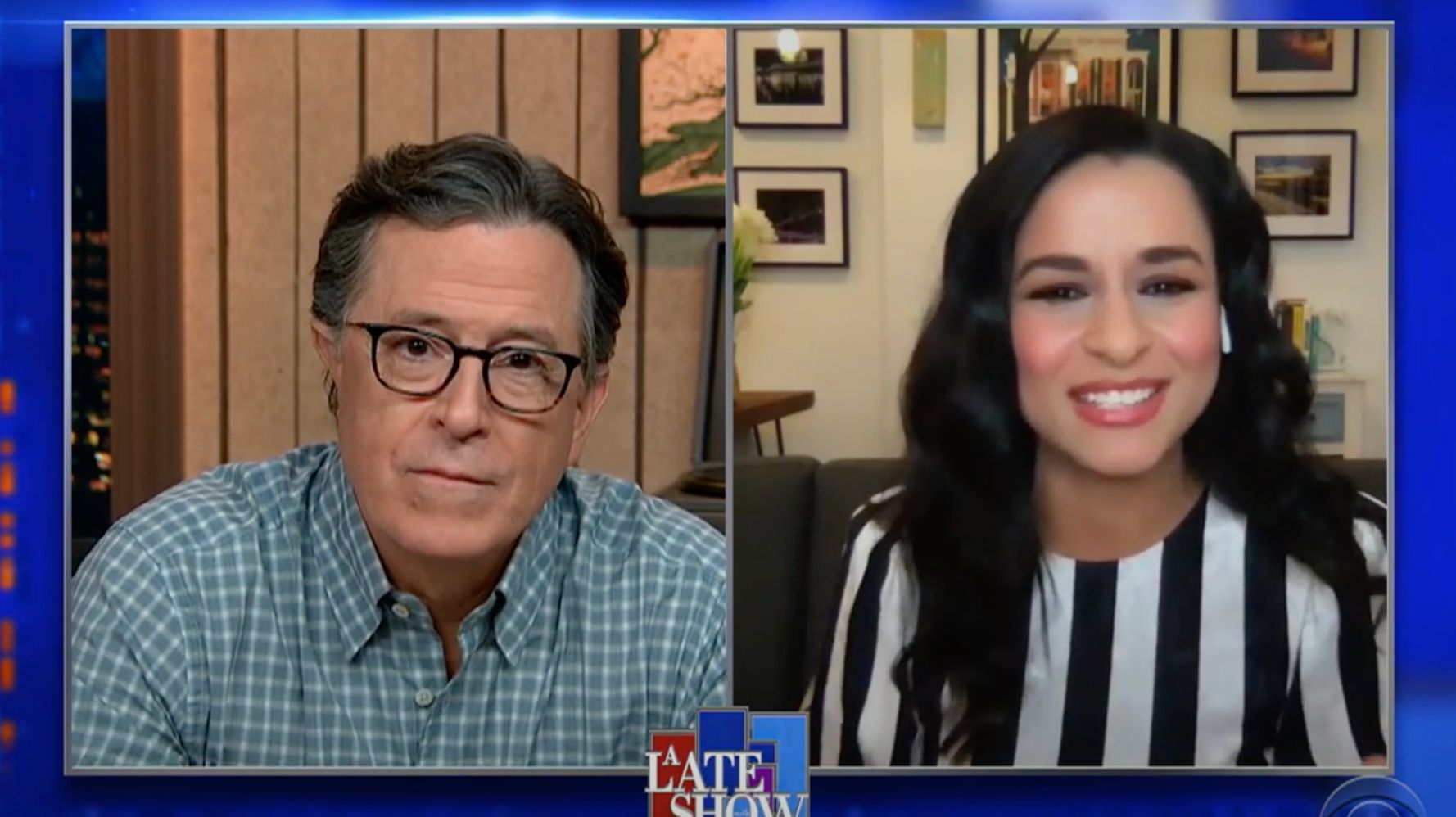 “Stephen Colbert ran so Donald Trump could walk … (somewhat awkwardly down ramps). On “The Late Show” Tuesday, comedian and Trump lip-syncer Sarah Cooper joined Colbert to talk about her new Netflix special, “Everything’s Fine,” and reminisce about the first time the pair met, when Colbert was giving a talk at Google in 2012 and Cooper asked an audience question. At the time of the talk, Colbert was still performing as his ultra-conservative buffoon character on “The Colbert Report,” and a poster for the event apparently depicted him as Captain America. “I have to call you out on something,” Cooper said Tuesday, holding up the event poster. Sy het bygevoeg, “This is satire, but this is Trump now. People have taken this exact image and put Trump’s face on here.” “I know. It has been very upsetting,” het Colbert gesê. CBS Sarah Cooper holds up the sign for Stephen Colbert’s Google event. “Trump’s tagline now is ‘Make America Great Again, Weereens,’” Cooper said, “Which sounds like a pitch for ‘The Colbert Report’ that they decided not to do. I mean, so basically you created this.” “I was merely evil John the Baptist showing the way to the savior of evil,” Colbert responded, adding that Trump is why he stays away from his “Colbert Report” character now. “This is one of the reasons why I don’t want to do the character anymore is that I’d have to actually somehow leapfrog how stupid he is,” the “Late Show” host replied. Colbert’s response echoes his sentiments during a 2019 New York Comedy Festival panel. Op daardie stadium, the comedian said he’d never play his “Colbert Report” character in a post-Trump world. “I have no interest in doing that," hy het gesê, according to the Daily Beast. “I couldn’t do it.” Check out the full segment here: