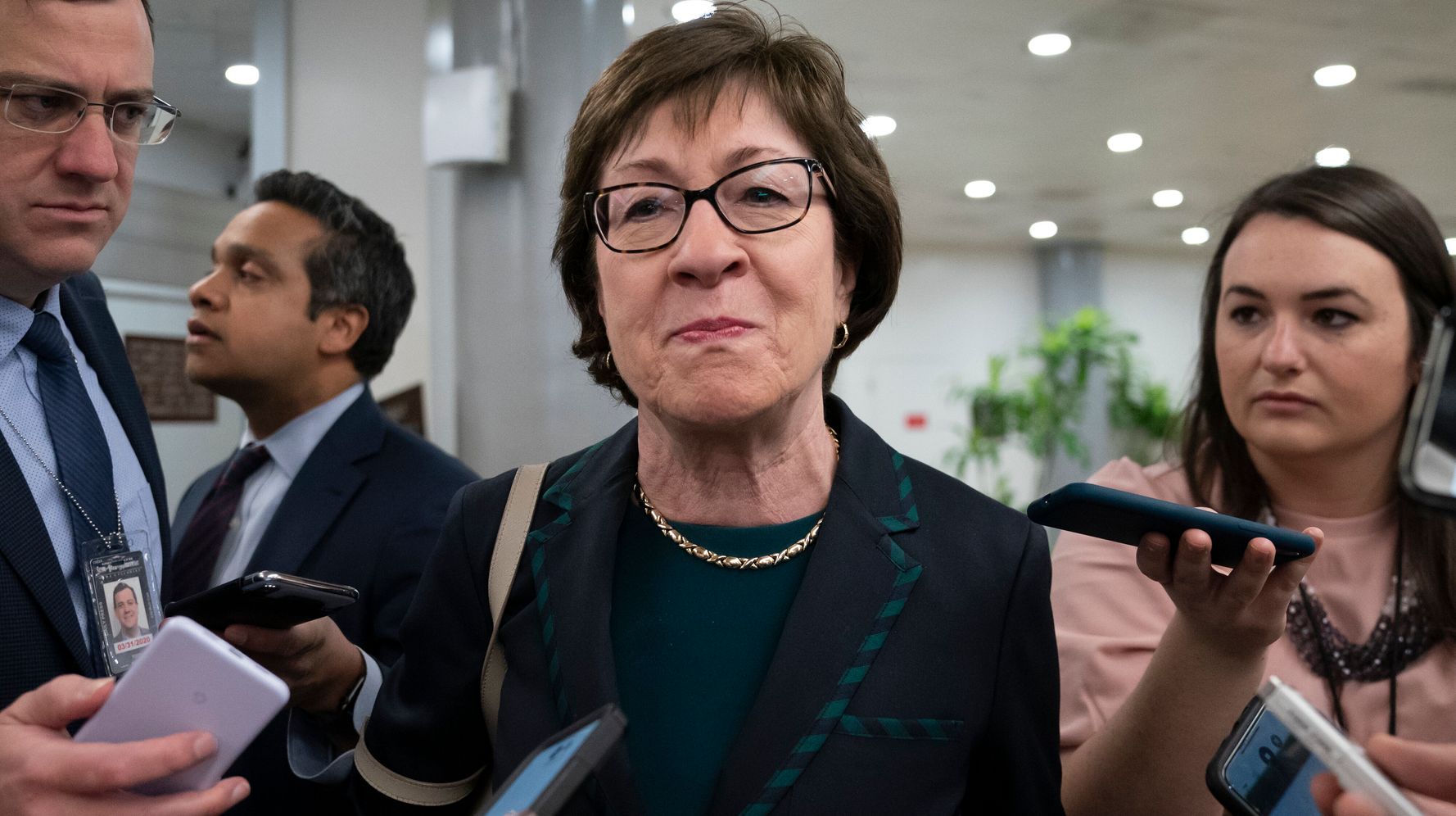 “ASSOCIATED PRESS Sen. Susan Collins held on to her seat in the upper chamber. Republican Sen. Susan Collins has won reelection in Maine, edging out Democrat Sara Gideon in one of 2020’s most closely watched races. Gideon called Collins on Wednesday to concede the race, Collins said during a press conference later that day. Holding on to Collins’ seat marks a key victory for Republicans in their quest to maintain control of the Senate. Collins, the most senior Republican woman in the Senate, has handily won reelection in past years, but headed into Election Day this year in a virtual tie in polling with Gideon, Maine’s House speaker. Independents Lisa Savage and Max Linn were also on the ballot this year, but trailed significantly behind Collins and Gideon throughout the race. Collins, 67, has positioned herself as a pro-choice, moderate Republican. But her voting record in recent years ― including voting to pass President Donald Trump’s tax act in 2017 and to acquit him during his impeachment trial earlier this year ― has come under the intense scrutiny of her more liberal-minded constituents. Her critical vote to confirm Brett Kavanaugh to the Supreme Court in 2018 following Christine Blasey Ford’s allegation that he sexually assaulted her when they were both in high school drew renewed attention to Collins’ reelection bid. Sexual assault survivors and reproductive rights activists descended on Collins’ office in Washington during the confirmation hearings, demanding the so-called moderate vote no on Kavanaugh. Activists launched a crowdfunding campaign for Collins’ would-be Democratic challenger should the senator vote to confirm Kavanaugh, which she ultimately did. Gideon, 48, collected the roughly $4 million in crowd-sourced donations after winning the Democratic primary in July. Collins pledged while campaigning in 1996 그리고 2002 that she would serve only two terms in the chamber. But with this year’s win, she’ll begin a fifth term in January. 발전하는 이야기입니다. 업데이트를 다시 확인하세요..