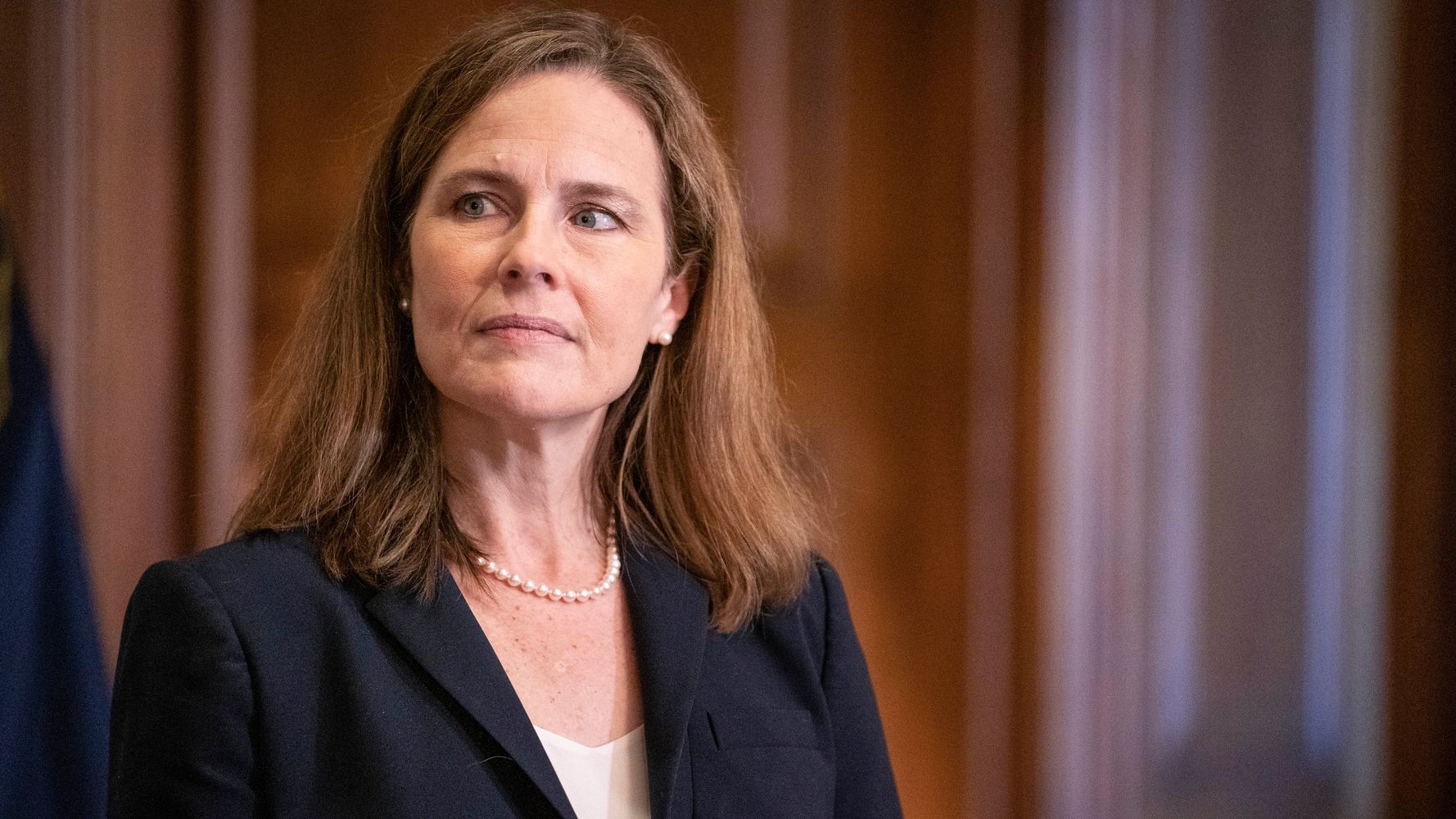 “The U.S. Senate voted Sunday in a rare weekend session to advance Amy Coney Barrett’s nomination to the Supreme Court, setting up a final vote to confirm President Donald Trump’s pick on Monday, a little over a month since the death of Justice Ruth Bader Ginsburg. The vote to end debate on Barrett’s nomination was 51-48, with all Democrats opposed. GOP Sens. Susan Collins of Maine and Lisa Murkowski of Alaska also voted not to advance the nomination, citing the upcoming election. Democrats had few procedural tools available to block the nomination, which they argued was “illegitimate” because of the GOP’s hypocrisy in confirming a Supreme Court nominee during a presidential election year. Republicans refused to give President Barack Obama’s Supreme Court pick, Merrick Garland, a hearing or a vote in early 2016, insisting that voters deserved to weigh in before filling a seat to the court. Now, with more than 50 million votes already cast in the upcoming election, Republicans are rushing to confirm Barrett, a conservative judge who clerked for the late Justice Antonin Scalia. Her appointment would solidify a 6-3 conservative majority on the Supreme Court for the foreseeable future ― a majority that could block Democrats’ priorities even if Joe Biden wins the White House next month. “The Republican majority is steering the Senate towards one of the lowest moments in its long history,” Senate Minority Leader Chuck Schumer (D-N.Y.) warned. “The Republican majority is on the precipice of making a colossal and historic mistake. And the damage it does to this chamber will be irrevocable.” Democrats tried to slow the confirmation process by forcing procedural votes and a rare closed session on Friday, but Republicans quickly defeated their efforts with 51 GOP votes. They argued there’s nothing illegitimate in filling a Supreme Court seat so close to a presidential election when the same party controls both the White House and Senate. “Judge Barrett’s confirmation process has followed every rule. It’s followed the Constitution in every respect. We have abided by the norms and traditions dictated by our history,” Senate Majority Leader Mitch McConnell (R-Ky.) said. Barrett’s appointment could have an immediate effect on several cases before the Supreme Court, including a lawsuit seeking to strike down all of Obamacare that is due to be heard just days after the election, as well as several challenges to early voting accommodations in key battleground states such as Pennsylvania and North Carolina.  Barrett, a judge on the 7th U.S. Circuit Court of Appeals, was evasive during her confirmation hearings earlier this month. She declined to say how she will rule on the challenge to the health care law and other issues such as abortion rights and matters involving the election. Democrats pointed to her previous criticisms of Supreme Court rulings upholding Obamacare as evidence that she will rule to strike down the law. They also warned that her pro-life background suggested that she will vote to curtail abortion rights and same-sex marriage nationwide.