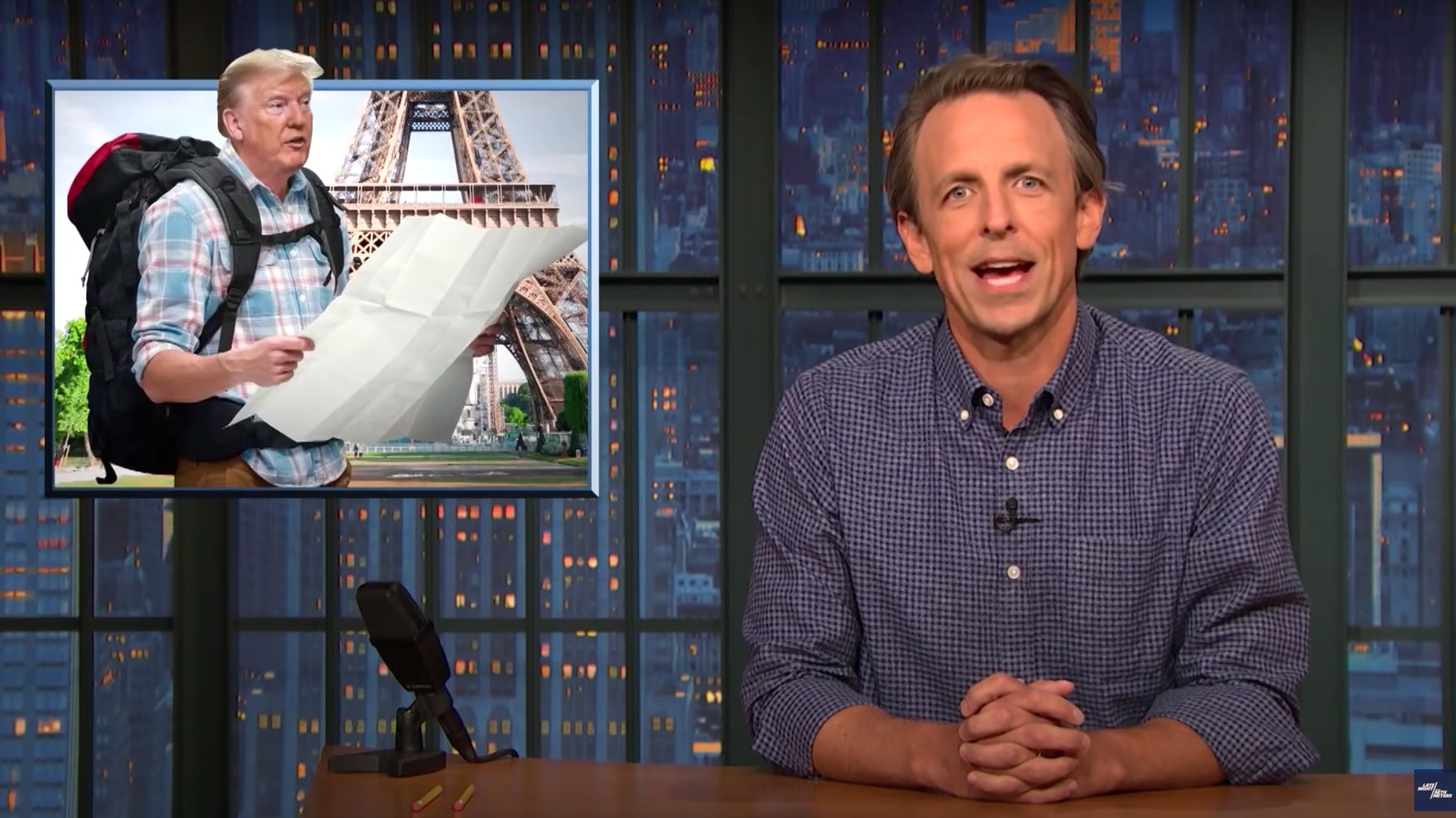 “President Donald Trump has been making some strange threats about what he’ll do should he lose the election ― and some of them might backfire. At a campaign rally last month in Fayetteville, North Carolina, Trump told supporters that if former Vice President Joe Biden beats him, “I will never speak to you again.” Last week, at another rally in Macon, 乔治亚州, Trump called Biden the worst presidential candidate in history and said if he lost he might have to leave the country. “Late Night” host Seth Meyers said Monday night that was an exciting prospect, although “even if he did leave the country I’m pretty sure he’d go somewhere that still had the internet.” “I didn’t think I could be any more motivated to vote against Trump until I heard him say if he loses he’ll never speak to us again. I would give anything to not hear Trump’s voice anymore,” Meyers said. “He’s everywhere. Our phones, our TVs. He’s even my GPS voice now,” Meyers added. Watch Meyer’s roast on “Late Night” below.