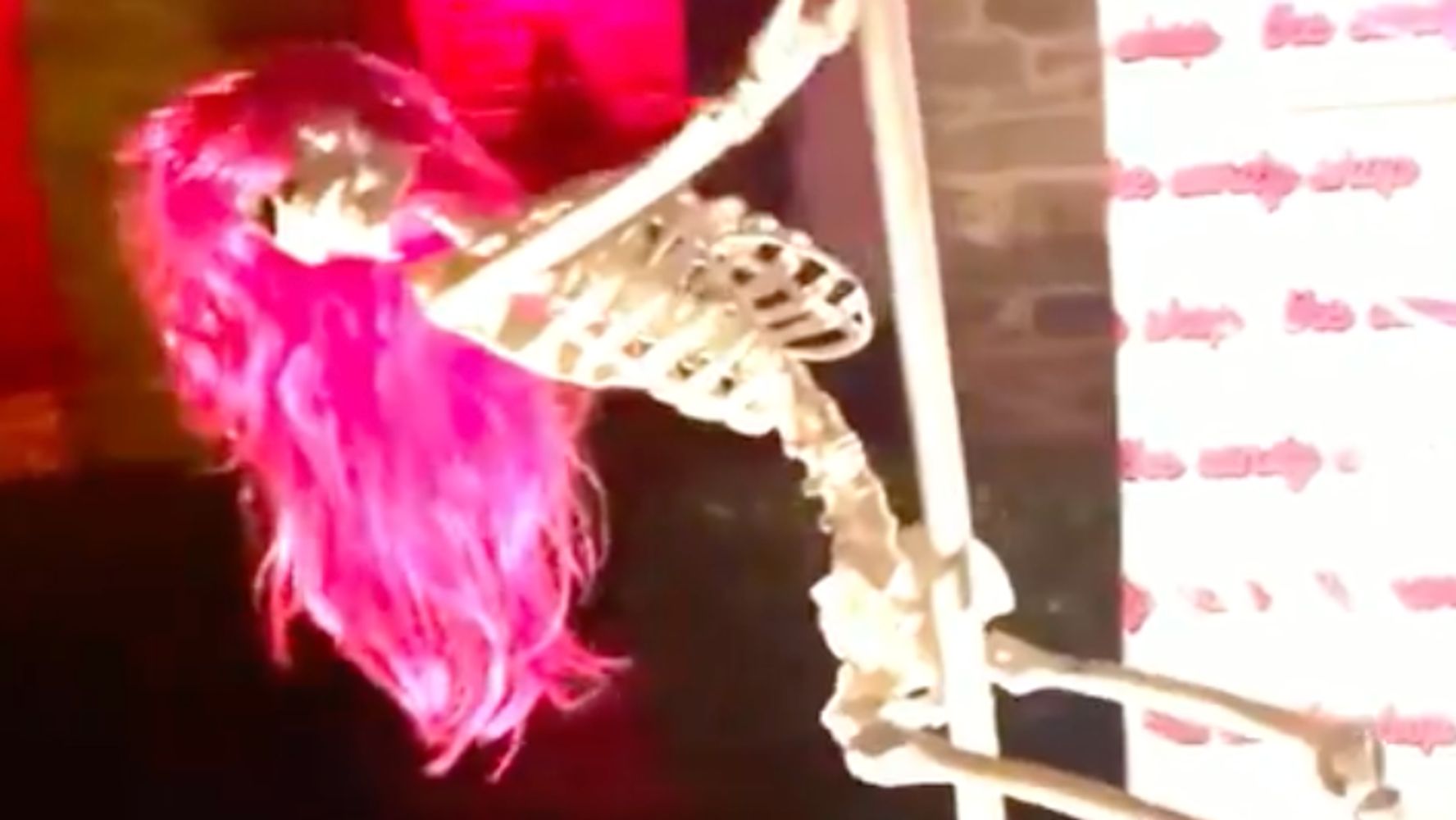 “Some neighbors in Richmond, Texas, had a bone to pick with Angela Nava’s Halloween skeleton strip club display. (See the videos below.) The homeowners association called Nava’s pole-dancing skeletons and dollar-bill waving customers skullacious, ABC-13 in Houston reported. Bene, the actual terms were “offensively positioned” and “inappropriate.” Nava got a letter saying she had 30 days to shut it down. She said she just wanted to provide laughs in a difficult year and will bury the club display on Nov. 1. “Everybody in my section of the neighborhood has been very supportive,” she told the Houston Chronicle. “I do have a few haters. We have to respectfully agree to disagree. For me, this is just a great creative outlet.” Nava said she will keep changing the scenario a bit every night until closing. She said she was adding a VIP line. Not bad for a club that was dead from the start. (function(d, s, id) { var js, fjs = d.getElementsByTagName(s)0]; if (d.getElementById(id)) return; js = d.createElement(s); js.id = id; js.src = ‘https://connect.facebook.net/en_US/sdk.js#xfbml=1&version=v3.2’; fjs.parentNode.insertBefore(js, fjs); }(document, ‘script’, ‘facebook-jssdk’));