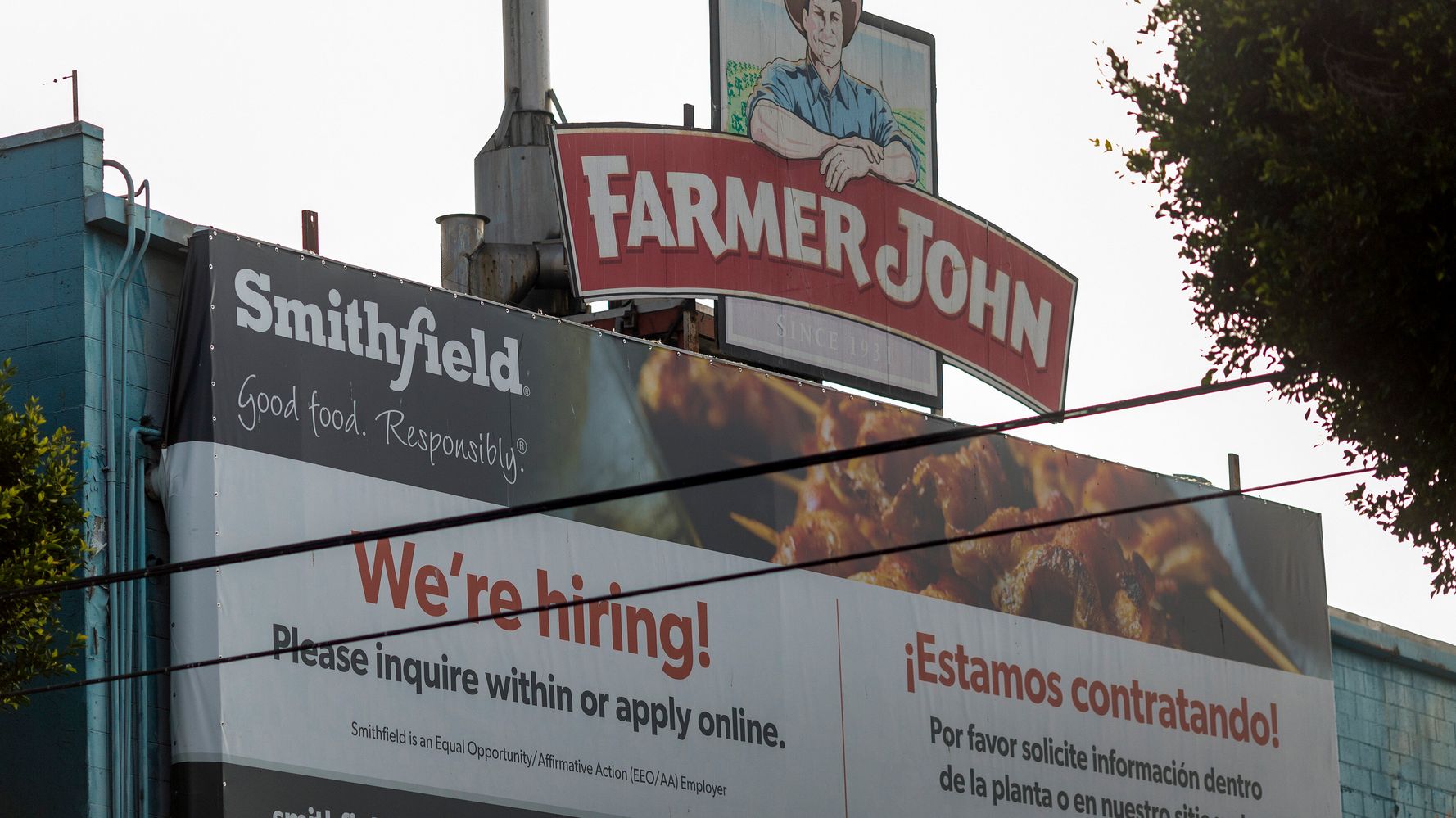 “The state of California issued more than $58,000 in fines against Smithfield Foods after investigating the meat producer for coronavirus hazards. Investigators with the California Division of Occupational Safety and Health found that Smithfield, through its Farmer John subsidiary, failed to space workers apart on the processing lines at its Vernon, California, plant. An outbreak among the workforce there left more than 100 workers positive for COVID-19 and three hospitalized. The state also issued coronavirus-related fines totaling roughly $46,000 against Citistaff Solutions, a temp staffing firm used by Smithfield at the same plant. Investigators cited the firm for the same general failures in protecting workers from exposure to COVID-19. Altogether, the fines against Smithfield and Citistaff at the one facility came to more than $100,000, making it one of the biggest workplace safety fines so far against a U.S. employer stemming from a coronavirus investigation. A Smithfield spokesperson did not immediately respond to a request for comment Monday. The fines were issued Thursday after a nearly six-month investigation. Officials opened the investigation in late May after complaints from the workers’ union, the United Food and Commercial Workers Union Local 770. The union had demanded that the plant be closed after more than 130 infections became known at that point. The plant remained open. Di lunedi, the union released a statement attributed to Jose Guzman, an employee at the plant. “In the absence of leadership from Smithfield, we have taken it on ourselves to call for safer working conditions and an investigation from the state],” Guzman said. “They’ve never taken our health seriously ― we are disposable to them as long as their profits keep going up, and it’s no surprise to see this many citations given.” In late May, the union’s president, John Grant, said that workers were still too close together on the processing lines several weeks into the pandemic. It appears investigators corroborated those allegations, finding that workers were within 6 feet of each other in at least six different processing areas of the plant, and that plexiglass screens were not put up to separate them. They also cited Smithfield for the “failure to provide or ensure the use of” masks, and the “possibility of contamination” of masks due to the way they were stored and handled. Grant said in a statement that at least 315 workers from the plant have tested positive for the virus to date. “The working conditions there have been horrific, and these citations show exactly what workers were exposed to every day they were on the job," Egli ha detto. Meatpacking plants were home to some of the worst coronavirus outbreaks in the country earlier in the pandemic. Workers in many plants complained of standing side by side on processing lines despite a rise in infections, and encountering crowded break rooms, locker rooms and entrances. David McNew via Getty Images A sign on the Farmer John slaughterhouse in Vernon advertises job openings in May after more than 150 workers tested positive for COVID-19. California issued more than $100,000 against the plant and a temp firm. (Photo by David McNew/Getty Images) Companies like Smithfield have defended their practices during the pandemic, saying they were following government guidelines and trying to maintain the food supply. The Trump administration issued an executive order in April aimed at keeping meatpacking plants open despite obvious outbreaks among the workforce. The citation against Smithfield cites three workers who ended up in the hospital with COVID-19 ― one in late February and two in late April. Officials fined Smithfield for allegedly failing to notify the state about those hospitalizations. Employers are supposed to tell the state within 24 hours when a worker has suffered a serious injury or illness that appears to be work-related. Under the Trump administration, gli Stati Uniti. Occupational Safety and Health Administration has not issued any new regulations for employers due to the coronavirus. Nor has it issued any big citations. In September, federal officials hit Smithfield’s Sioux Falls, South Dakota, plant with a fine of just $13,434. The plant had lost four workers to COVID-19. But California has what’s known as a state OSHA plan, which means the state carries out enforcement, rather than the federal government. The fines California issued against Smithfield may be small for an employer whose parent company had more than $1 billion in profits last year, but they are still more significant than the tiny fines coming from federal OSHA. In September, California officials announced that they were fining the frozen food company Overhill Farms and its temp firm more than $330,000 due to coronavirus hazards at another plant in Vernon. Those fines appear to be the largest against any meat processing operation so far related to the pandemic.