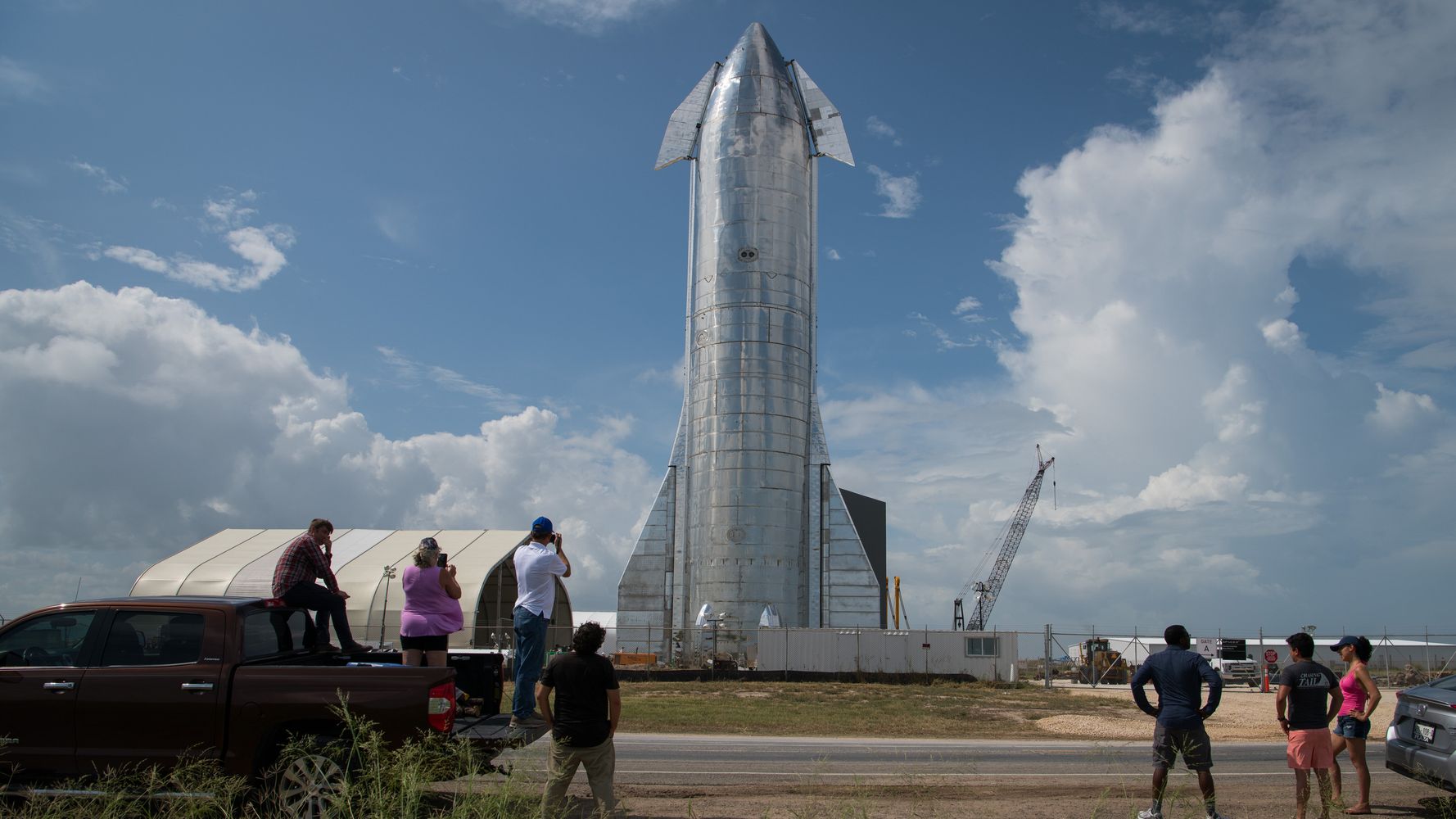 “워싱턴, 12월 8 (로이터) – Elon Musk’s SpaceX was set to launch a prototype of its Mars rocket Starship in its highest-altitude “hop” test from the space company’s Texas facilities on Tuesday, a key trial for a rocket system that Musk hopes will land humans on the moon and eventually Mars. Musk sought to tamp down expectations for Starship’s first suborbital flight using three of its new Raptor rocket engines, predicting a 30% chance of success in reaching an altitude of more than 40,000 feet. That would be vastly higher than the vehicle’s first two tests at altitudes of 500 feet. “With a test such as this, success is not measured by completion of specific objectives but rather how much we can learn,” SpaceX said on its website Monday. Starship, a rocket system standing 394 feet (120.09 m) tall when mated with its super-heavy first-stage booster, is designed to carry humans and 100 tons of cargo to the moon and Mars. It is the space company’s planned next-generation fully reusable launch vehicle, the center of Musk’s ambitions to make human space travel affordable. Loren Elliott via Getty Images Space enthusiasts look at a prototype of SpaceX’s Starship spacecraft at the company’s Texas launch facility on September 28, 2019 in Boca Chica near Brownsville, Texas. (Photo by Loren Elliott/Getty Images) SpaceX has carried out two hop tests this year using rudimentary, single-engine rocket prototypes at its Boca Chica, Texas, launch site. Those prototypes launched about 500 feet into the air and landed on a concrete slab roughly a minute later. Tuesday’s planned flight is a major advance for Starship, putting to the test the rocket’s aerodynamic design at altitudes higher than commercial airliners typically fly. Such heights will test how Starship returns back to its landing pad, carrying out a “landing flip maneuver” mid-air before touching down. SpaceX had originally planned to fly Starship at an altitude of 50,000 feet, but changed the target to 41,000 feet in its launch application with the U.S. Federal Aviation Administration last week, according to a person familiar with the filing. SpaceX, which said its launch schedule is likely to change, has launch opportunities all day Wednesday and Thursday should Tuesday’s attempt be delayed, according to filings with the FAA. (Reporting by Joey Roulette in Washington; Editing by Eric M. Johnson and Leslie Adler)