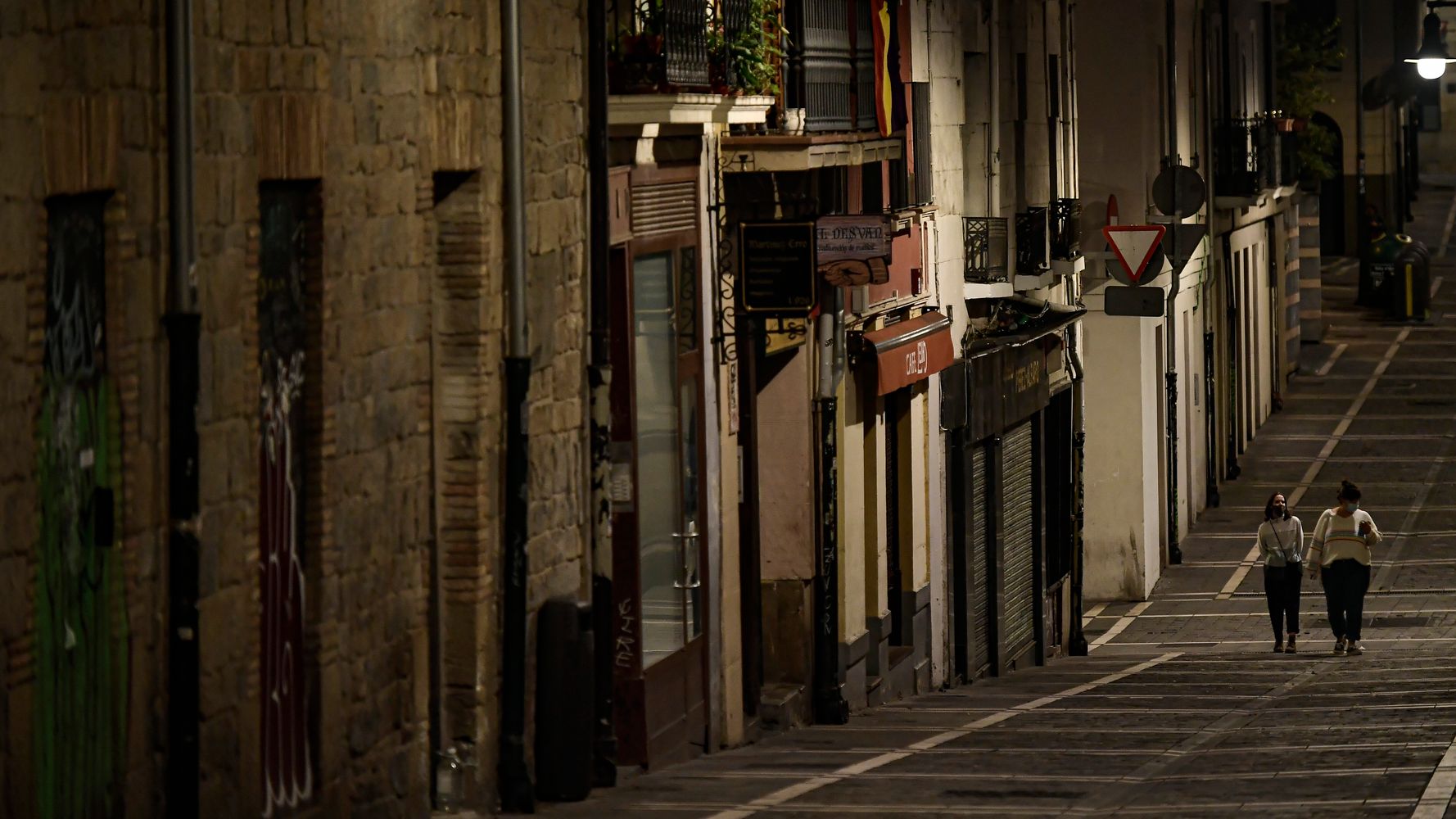 “BARCELONA, Spain (AP) — Spain declared a second nationwide state of emergency Sunday and ordered an overnight curfew across the country in hopes of stemming a resurgence in coronavirus infections, Prime Minister Pedro Sánchez said. The Socialist leader told the nation in a televised address that the extraordinary measure will go into effect on Sunday night. Sánchez said that his government is using the state of emergency to impose an 11 p.m.-6 a.m. nationwide curfew, except in the Canary Islands. Spain’s 19 regional leaders will have authority to set different hours for the curfew as long as they are stricter, close regional borders to travel and limit gatherings to six people who don’t live together, the prime minister said. ASSOCIATED PRESS Residents wearing face mask protection are seen walking along an empty street in Pamplona, northern Spain, on Saturday. “The reality is that Europe and Spain are immersed in a second wave of the pandemic,” Sánchez said after meeting with his Cabinet. The leader added that he would ask Parliament this week to extend the state of emergency for six months, until May. Sánchez’s government said Saturday night that a majority of Spain’s regional leaders have agreed to a new state of emergency and the meeting Sunday was to study its terms. The state of emergency gives the national government extraordinary powers, including the ability to temporarily restrict basic freedoms guaranteed in Spain’s Constitution such as the right to free movement. Spain’s government has already declared two state of emergencies during the pandemic. The first was declared in March to apply a strict home confinement across the nation, close stores and recruit private industry for the national public health fight. It was lifted in June after reigning in the contagion rate and saving hospitals from collapse. ASSOCIATED PRESS The Spanish flag flies during a memorial for coronavirus victims in Madrid, Spain, on Friday. Spanish Prime Minister Pedro Sanchez is appealing for Spaniards to pull together and defeat the new coronavirus, warning: \”The situation is serious.\” The second went into effect for two weeks in Madrid to force the capital’s reluctant regional leaders to impose travel limits on residents to slow down an outbreak in which new infections were growing exponentially. It lasted until Saturday. Spanish Health Minister Salvador Illa has said his agency and regional health officials were studying how to apply nightly curfews, perhaps like the 9 오후. ones already in place in France’s major cities. The state of emergency would make it easier for authorities to take swift action, avoiding having to get many of the restrictions approved by a judge. Some judges have rejected efforts to limit movement in certain regions, causing confusion among the public. Government officials on all levels were reticent to impose another complete home lockdown and industry shutdown, given the weakened state of Spain’s economy, which has plunged into a recession and seen its unemployment rolls skyrocket in recent months. Spain this week became the first European country to surpass 1 million officially recorded COVID-19 cases. But Sánchez admitted Friday in a nationally televised address that the true figure could be more than 3 million, due to gaps in testing and other factors. Spain on Friday reported almost 20,000 new daily cases and 231 more deaths, taking the country’s death toll in the pandemic to 34,752. 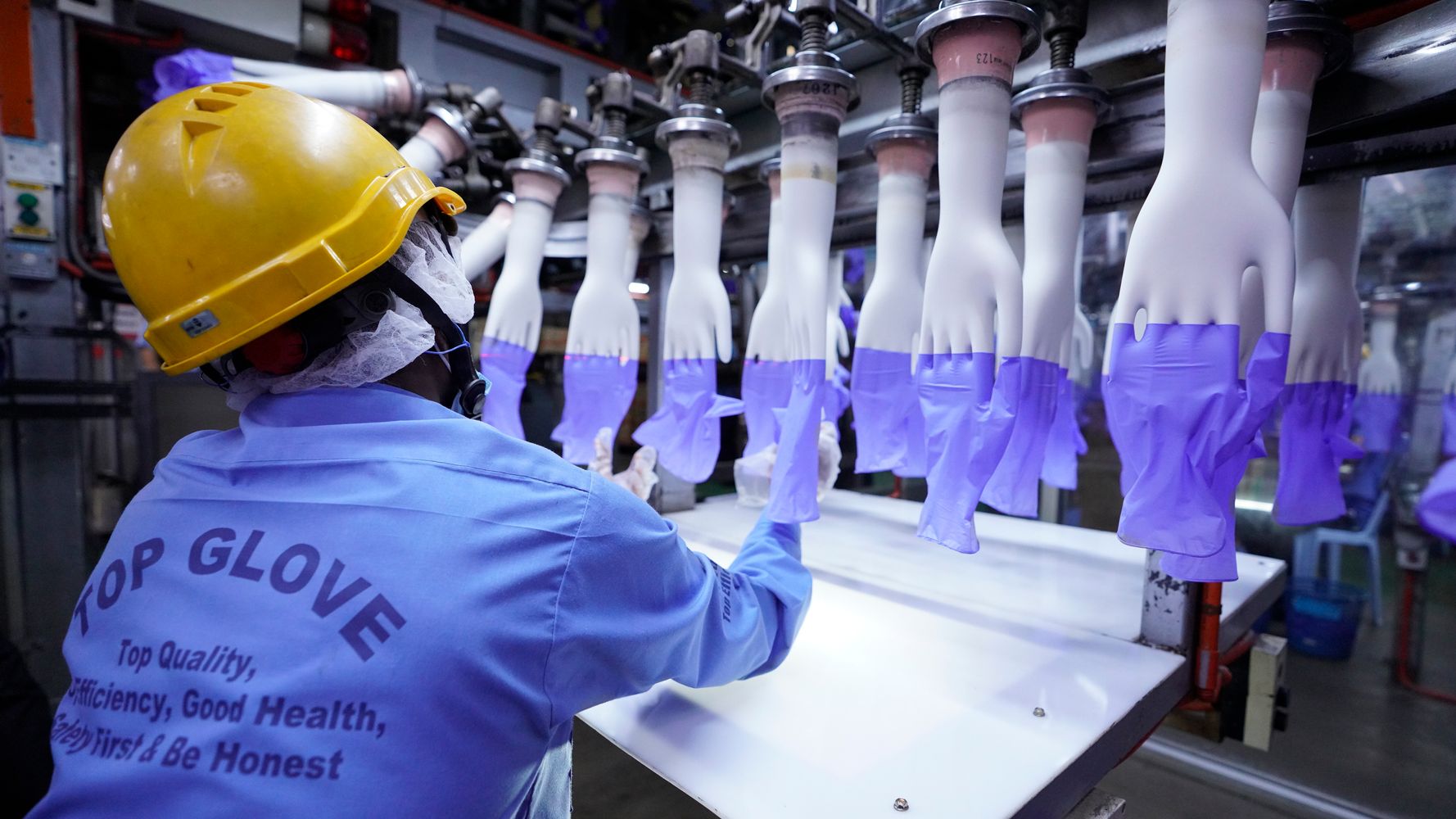 ["Top Glove, the world’s largest manufacturer of medical latex gloves, has closed and reduced capacity at more than two dozen factories in Malaysia after 42% of the 5,767 workers it screened for COVID-19 tested positi...