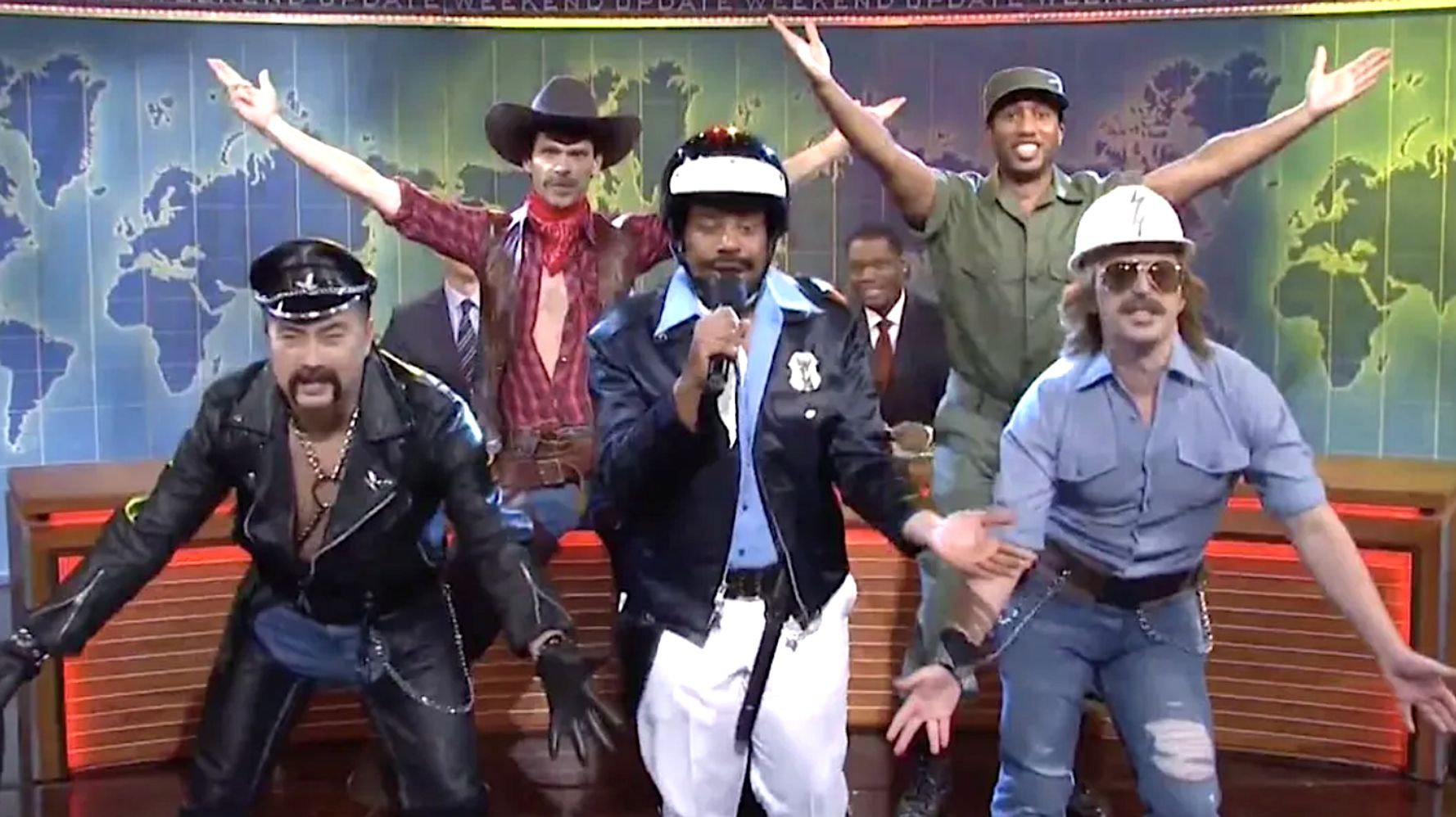 “The ragtag band of “Saturday Night Live’s” spoof Village People belted out a hilarious version of “YMCA” threatening to “shave Ivanka’s head” if dad Donald Trump won’t stop using the song at his campaign rallies. “Stop it! Yeah I’m talking to you,” they sang on “Weekend Update.” “I said, stop it. This is long overdue ’cause we never said that we support you.” They claimed they hired Trump-supporting lawyer Alan Dershowitz to issue a cease and desist order — piping up that “Alan knows where you been. He knows what you’ve seen on that island with Jeffrey] Epstein …” That’s when faux aghast “Update” co-anchor Colin Jost stopped the singers: “You can’t say that! You can’t just say that!” Kenan Thompson responded: “It’s just music, 男人. We’re just singing.” They sang on: “The soldier said that you let him down. And the gay man said you don’t want him around. And the Native is sick with COVID-19. Only the construction worker still believes.” When they got to the part about making Ivanka Trump “look like Jean-Luc Picard,” Jost flipped out again. You can’t just say that!” he protested. “That’s got to be, like, a felony!” Thompson explained: “Hey man, everything is legal if you sing it in a song.” Check it out up top.