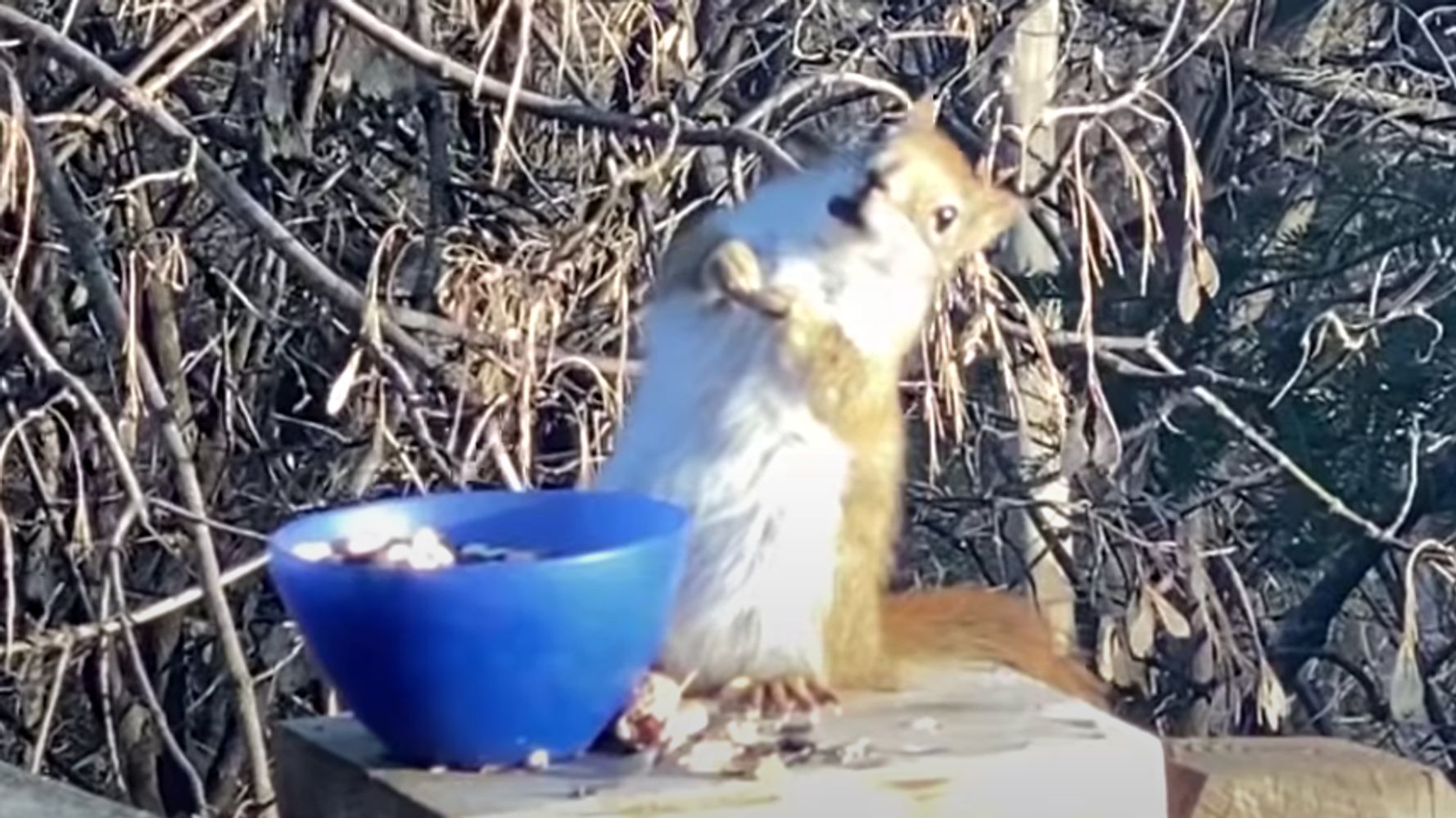 “This squirrel appears to be drunk as a skunk. Katy Morlok said she fed a squirrel an old pear from her fridge ― but realized later that the fruit had fermented into a boozy snack for the critter. Recent viral video shows the squirrel, which she named “Lil Red,” nearly keeling over after bellying up to the treat. Morlok thought she was leaving out a safe nibble for the squirrels, but Lil Red’s apparent stupor ― and repeat business ― indicated otherwise. “And then it kind of dawned on me … oh no, those pears were so old I bet they fermented,” Morlok of Grove Heights, Minnestoa, told Fox9. “And then he got drunk and I did not mean to do that, so I went out and I grabbed all the pears.” Morlok said Lil Red recovered with a “little hangover breakfast.” No hair of the dog for this tipsy creature. While HuffPost could not verify that the pear fermented and the squirrel got soused, it does seem that fruit can ferment on its own in the fridge in certain cases. In an article titled “Four Reasons Not To Feed Wildlife,” the Humane Society Wildlife Land Trust writes that “It’s OK to feed squirrels if you’d like, but do so from a feeder — never by hand.” And try to keep snack time from becoming happy hour.