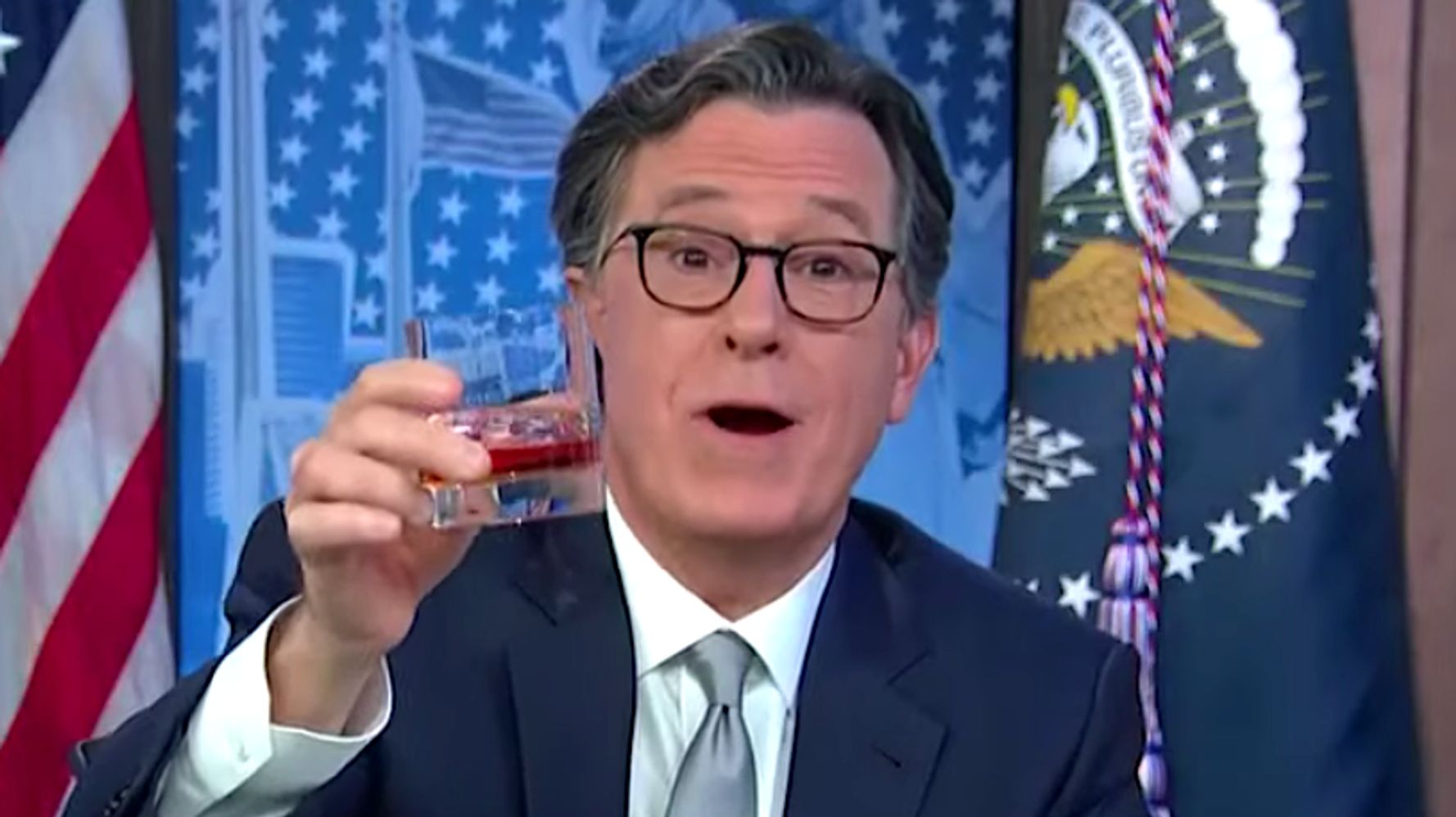 “Stephen Colbert ended his Showtime election special Tuesday without a winner in the presidential race between incumbent Donald Trump and Democrat Joe Biden. And the anticipation was killing him. (Watch the video below.) “It’s like Christmas Eve, and not just because of the judgmental fat guy with the red hat,” Colbert said. “We’re all wondering if tomorrow morning we’re gonna get the present we’ve been begging for: a boring president.” But the talk host, who usually mocks Trump on CBS’s “The Late Show,” saw the positive side of the delay as millions of mail-in ballots are still being counted. “It’s actually a good thing we don’t know who won yet,"라고 말했다. “The truth is, the reason it’s taking so long to declare a winner is because we’ve had such a massive voter turnout,” with Americans facing “the pandemic, an army of poll watchers, even the post office, just to make sure you got to vote.” “I know we’ve all got what it takes to wait just little bit longer, but still we all deserve some small taste of the satisfaction we crave,” he continued. “So in closing tonight please enjoy this brief montage of things that feel as satisfying as you want this to.” Rubbing a Corgi’s belly and hosing off patio furniture run a pretty distant second to the proper candidate winning, but we’ll take it for now.