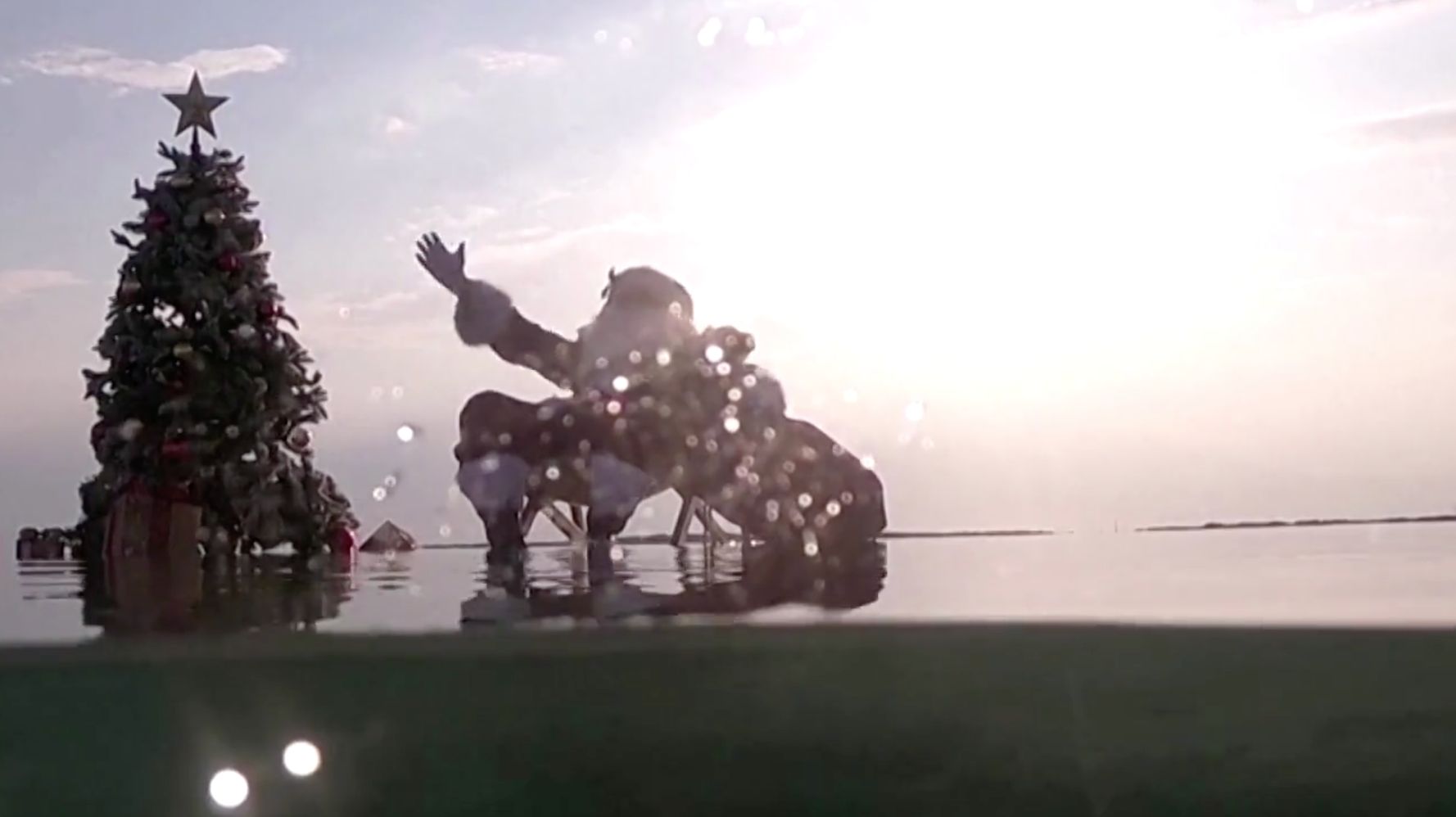 “EIN BOKEK, Israel, Nov 15 (Reuters) – At the lowest point on earth, in the middle of a giant salt lake where animals and plants have no chance of surviving, a jolly man dressed in red with a flowing white beard stuck a Christmas tree in the ground and went for a swim. Santa Claus came to the Dead Sea on Sunday ahead of the Christmas season, part of a campaign by Israel’s Tourism Ministry to bring some Christmas cheer during a global pandemic that has kept Christian pilgrims away from the Holy Land. He rode a paddle board a few hundred meters (yards) offshore to a spot where salt has piled up in a massive mushroom shape, allowing him to stand in the middle of the otherwise much deeper lake. With pomp and circumstance he stuck a decorated Christmas tree in the salty bottom, struck a pose for cameras, and then enjoyed an effortless float in the Dead Sea’s famous, saline-rich waters. Beyond the compelling landscape, Christianity has roots in the Dead Sea, whose surroundings are abundant with remains of ancient Christian communities. The Christmas tree, egter, had no chance of surviving in the salty waters and Santa took it with him when he returned to shore. (Reporting by Ilan Rosenberg and Amir Cohen, Writing by Ari Rabinovitch; editing by Emelia Sithole-Matarise)