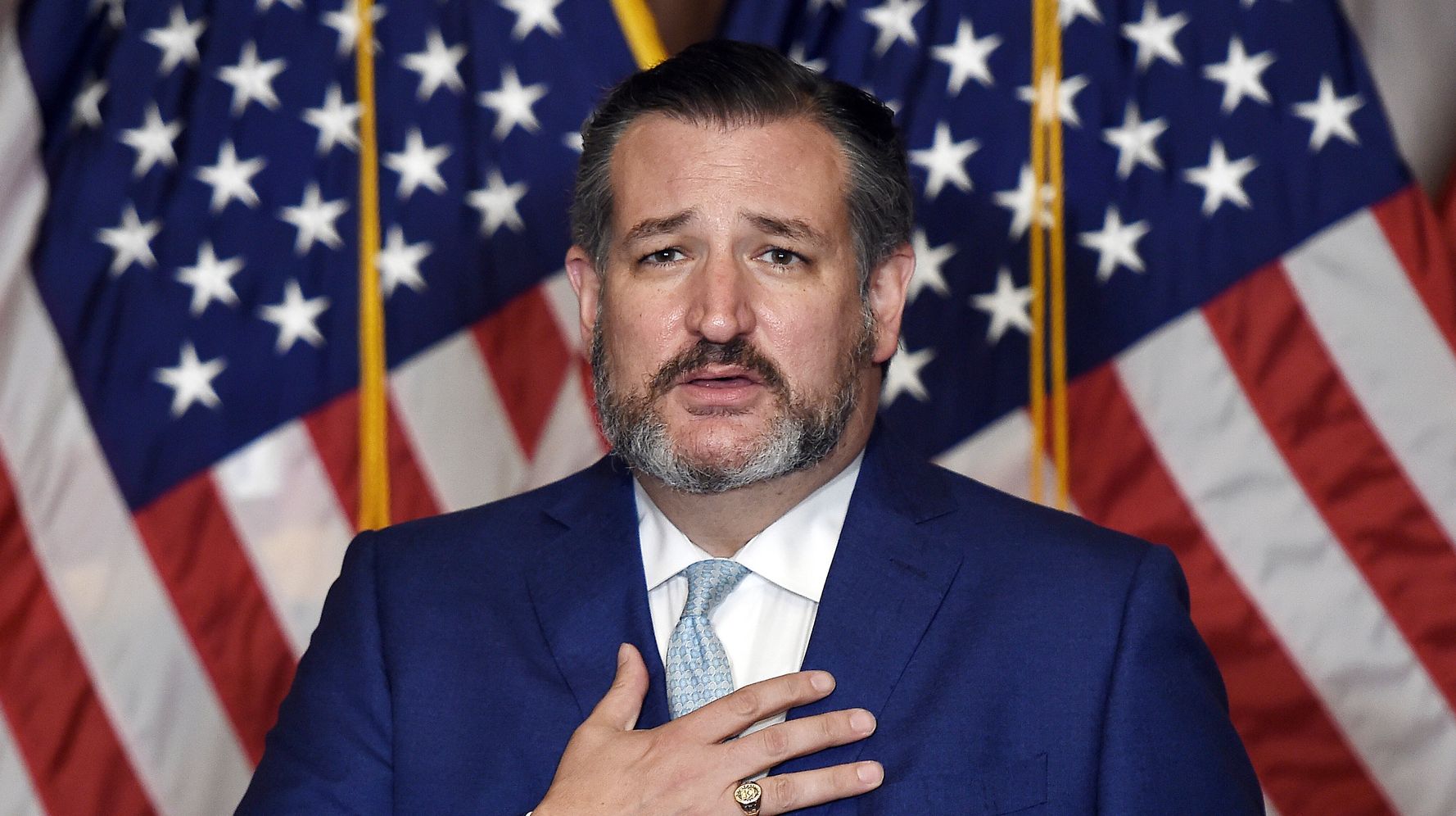 “Sen. Ted Cruz (R-Texas) received a swift fact-check after he suggested that TV networks had stopped covering the coronavirus pandemic immediately following the defeat of President Donald Trump in the 2020 选举. Cruz on Tuesday appeared to push the bogus right-wing narrative that networks were before last week only covering the public health crisis to hammer Trump when he retweeted the GOP rapid response director Steve Guest’s dishonest claim that CNN had stopped showing its COVID-19 tracker on screen. “Miraculous,” wrote Cruz. “COVID cured, the very instant the networks called the race for Biden.” Miraculous. COVID cured, the very instant the networks called the race for Biden. https://t.co/YcYeIolilZ— Ted Cruz (@tedcruz) 十一月 10, 2020 CNN personalities rebuked Cruz over the post. Jake Tapper, host of “The Lead,” noted “we continue to cover this horrible crisis that our public officials are not doing enough to stop.” We continue to cover this horrible crisis that our public officials are not doing enough to stop.Yesterday: https://t.co/C44pa5pwDF https://t.co/dzlzjLETxW— Jake Tapper (@jaketapper) 十一月 10, 2020 CNN’s fact-checking reporter Daniel Dale, meanwhile, called out Cruz’s “entirely baseless” claim by sharing screenshots of the tracker “during four separate hours of coverage” on Monday “even as we tracked the election too.” Here are screenshots of CNN’s coronavirus death tracker during four separate hours of coverage yesterday, even as we tracked the election too.The RNC’s Steve Guest has a consistently dishonest Twitter account. https://t.co/z6TFhLEZDF pic.twitter.com/p0muiEqCey— Daniel Dale (@ddale8) 十一月 10, 2020 “What you’re tweeting is false,” added Oliver Darcy, CNN’s senior media reporter. What you’re tweeting is false. CNN has, for a while now, used the COVID tracker when discussing … wait for it… 冠状病毒病. It used the COVID tracker yesterday when discussing the coronavirus too. Would recommend not taking GOP’s word without checking first. They mislead a lot! https://t.co/UVBLOLwFBc— Oliver Darcy (@oliverdarcy) 十一月 10, 2020 Cruz, who has called President-elect Joe Biden’s election victory into question, has not deleted his misleading post. It came as Texas became the first state to top 1 million coronavirus cases. The contagion has now infected at least 10.2 million people nationwide and killed almost 240,000 Americans. Other critics on Twitter condemned the senator for his claim: This tweet is a lie, @jaketapper and others have corrected Cruz, but it is still up and still viral in right-wing, media-bashing, Covid-denying circles. https://t.co/LEogHhnNwt— Mehdi Hasan (@mehdirhasan) 十一月 11, 2020 They literally have the COVID stats on a giant graphic on the screen right now, it is a permanent fixture— lauralouisiana (@llauralouisiana) 十一月 10, 2020 Literally RIGHT NOW! pic.twitter.com/TDfYBcCgKK— Just Vent (@JustVent6) 十一月 10, 2020 It is really not safe to believe anything about the pandemic or the electoral system right now from most elected Republicans. They have become unmoored from reality. Please do your own fact checking. Get information from reliable sources. And don’t spread conspiracy theories. https://t.co/JpWIU8V6Ti— Michael Gerson (@MJGerson) 十一月 10, 2020 😂😂😂😂😂😂😂😂That purple background isn’t there regularly and I’m watching right now and the covid tracker is there Y’all reaching sooooooo hard. This guy probably sat there and waited for a segment to show the tracker gone to snap a pic— 🇺🇸 PUMA 2.0 🔥 🇺🇸 (@PumaTwoPointO) 十一月 10, 2020 Hey Ted My county in Michigan was moved to the highest level yesterday. Our hospitals are almost at capacity, and they are preparing to close schools again. Quit being an asshole.— lisastark35 (@lisastark351) 十一月 10, 2020 Hey Ted I literally just took this pic on @CNN RIGHT NOW #TedLies pic.twitter.com/FWIU0ulkAS— UvT (@WasOnceLou) 十一月 10, 2020 At this moment. Just stop please… pic.twitter.com/mtrHMKZbwu— Michael Renz (@renz_0311) 十一月 10, 2020 Your big “gotcha” is that you found a small period of time when the COVID tracker wasn’t on screen? This article updating COVID numbers was posted to CNN’s website 6 minutes ago and the COVID tracking is literally on screen at @cnn RIGHT NOW. Nothing is “cured.” 🤦🏽‍♂️🤦🏽‍♂️🤦🏽‍♂️ pic.twitter.com/dmyedopaIi— Elections Have Consequences (@jaykayokay2020) 十一月 10, 2020 We have record cases every day. One thousand dead a day. My brother in law is one of them. If you’re making jokes, go fuck yourself. And if you’re too stupid to know what’s going on, resign.— Kurt \”Mask Up, Vote Early\” Eichenwald (@kurteichenwald) 十一月 10, 2020 If your goal is to have more deaths, more cases, and more ongoing permanent morbidity, then keep this up and congratulate yourself. Now is the time to STOP politicizing science and let scientists, 行业, and our institutions do their work WITHOUT your political interference.— (((Howard Forman))) (@thehowie) 十一月 10, 2020 CNN has literally been talking about the continued surge in coronavirus cases all morning, you absolute melt.— Jelisa Castrodale (@gordonshumway) 十一月 10, 2020 Huh, there it is right on my TV: 十一月 10, 202012:45pm pic.twitter.com/xbOW4ZIJmE— mollyswordmcdonough 🌊 (@mollysmcdonough) 十一月 10, 2020 Wierd how that’s not at all true… pic.twitter.com/l0i3CaQ662— Pilumnus (@Cubbies108) 十一月 10, 2020