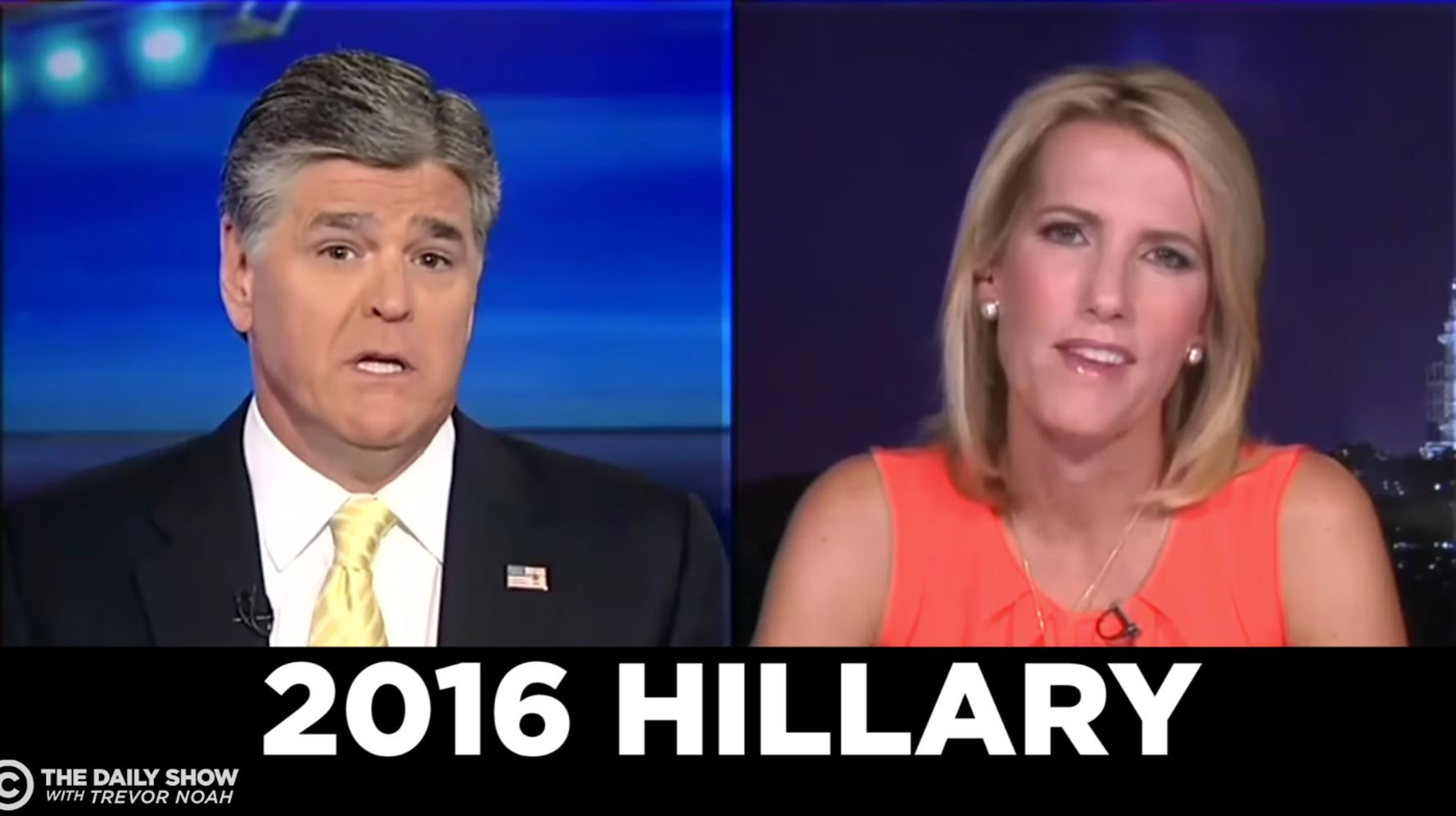 “If Fox News host Sean Hannity’s attacks on former Vice President Joe Biden sound familiar, that’s because they are. In a montage of clips from the 2016 and current election cycles, “The Daily Show” highlighted the conservative personality’s pattern of recycling taunts against Biden that he previously used against former secretary of state Hillary Clinton. Hannity, one of President Donald Trump’s close confidants, has accused both Democrats of “hiding” from the media, of high-level political corruption and of a range of entirely speculative medical issues. Listen below: