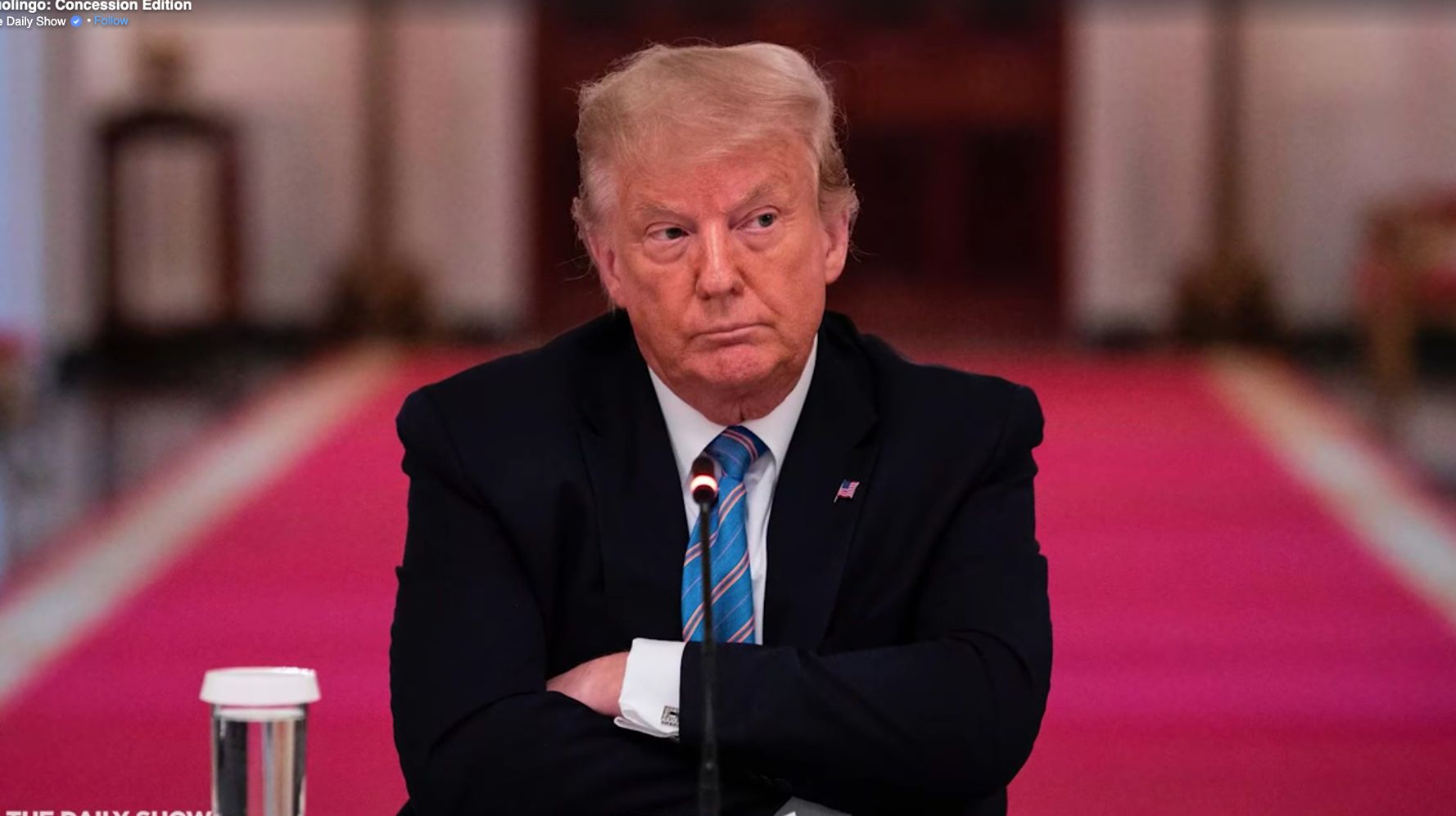 ““The Daily Show” is trying something new to help President Donald Trump deal with his election loss. The late-night comedy show on Wednesday posted a mock ad for a new installment of the language-learning app Duolingo.  It’s been more than a week and a half since virtually all major news outlets projected Democrat Joe Biden as the winner of the Nov. 3 election, but the president has still refused to accept the loss and continues to rail against the electoral process and spin baseless conspiracy theories about voter fraud. “Having trouble admitting defeat? Don’t know how to say, ‘I lost’? Then you need Duolingo: Concession Edition,” the narrator of “The Daily Show” bit says. “You’ll learn the basics, including admitting defeat and acknowledging reality.” Watch the informative lesson below. (function(d, s, id) { var js, fjs = d.getElementsByTagName(s)0]; if (d.getElementById(id)) return; js = d.createElement(s); js.id = id; js.src = ‘https://connect.facebook.net/en_US/sdk.js#xfbml=1&version=v3.2’; fjs.parentNode.insertBefore(js, fjs); }(document, ‘script’, ‘facebook-jssdk’));