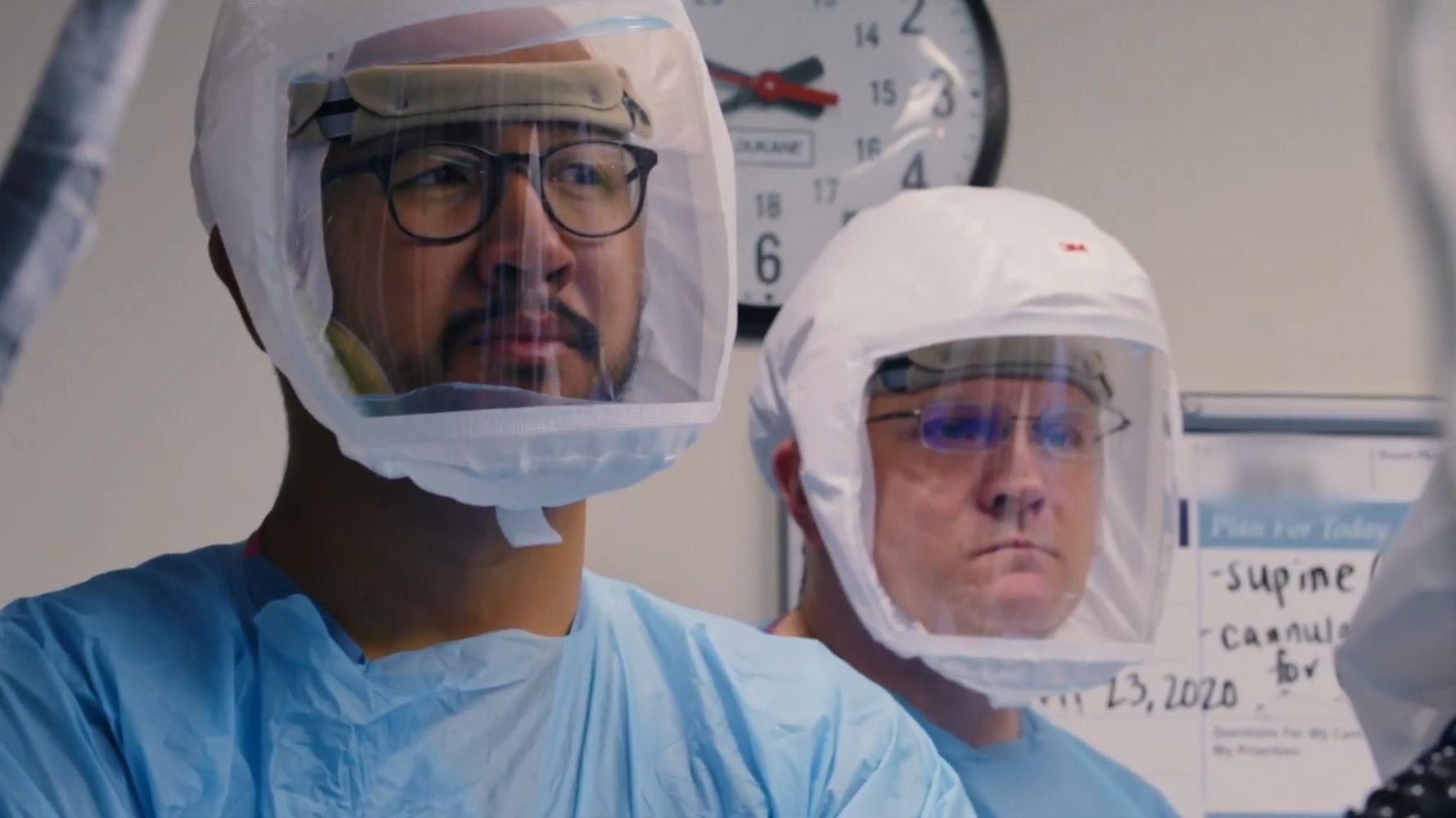 “While much of the United States was doing what it could to avoid COVID-19, Alex Gibney was busy making a documentary about the government’s failure to halt the spread of the coronavirus. The Oscar-winning filmmaker has in recent years trained his lens on Theranos founder Elizabeth Holmes (“The Inventor: Out for Blood in Silicon Valley”), corporate corruption (“Dirty Money”), Russian oligarch Mikhail Khodorkovsky (“Citizen K”), the Church of Scientology (“Going Clear”) and other contemporary torments. His prolific output prepared him to chronicle the coronavirus pandemic in real time, directing alongside frequent collaborator Ophelia Harutyunyan and “The Weekly” producer Suzanne Hillinger. The resulting film, “Totally Under Control,” is now available via video-on-demand platforms and will be streaming on Hulu starting Oct. 20. Above, HuffPost has an exclusive clip that lays out what South Korea did immediately to curb the virus. In a little over a minute, “Totally Under Control” shows what could have been possible had the United States implemented similar protocols. Ahead of the clip’s premiere, we sent Gibney a handful of questions about the documentary. Here’s what he had to say via email. For a long time, information about COVID-19, particularly as it related to the United States, seemed to change by the day. What was your approach in capturing all of the necessary developments as they were unfolding in real time? Our approach was to focus on the early days, particularly the first 100 天. That was the period when things could have been different. If we had behaved differently, the whole outcome of this pandemic in the United States could have changed dramatically. Our focus was not to follow every event, but to focus on the early days. This clip shows what South Korea did to combat the spread of coronavirus. Based on your research, what was the single biggest misstep the United States made in failing to stop the dissemination? Not moving quickly to put in a place a robust testing and tracing program. Less than two weeks before “Totally Under Control” was scheduled to come out, President Donald Trump announced that he had contracted COVID. Did you consider delaying the film so you could include a chapter about how his diagnosis unfolded? We considered it and ultimately decided not to. We added a card to the end that noted it happened the day after we finished the film. We felt strongly that the diagnosis was a kind of darkly poetic reflection of the themes and issues that we had already uncovered about the early days of the virus and how Trump, despite knowing the dangers of the disease, never properly reckoned with them. In releasing the film now, is it your hope to help sway the November election? In releasing the film now, it is my hope that people will render a judgment on Trump and the Trump administration based on its incompetent performance in responding to the pandemic. An incompetence that’s cost the lives of more than 210,000 人们. You’ve made movies about Donald Trump, Elizabeth Holmes and the Church of Scientology, among other cultish figures. Do you think there’s something particularly American about our current susceptibility to corrupt leaders and institutions? It seems to be a worldwide problem, but I do think that the figure of the huckster has a particularly American quality. There seems to be an affection for the huckster and a willingness to be fooled by him, which can have disastrous consequences.