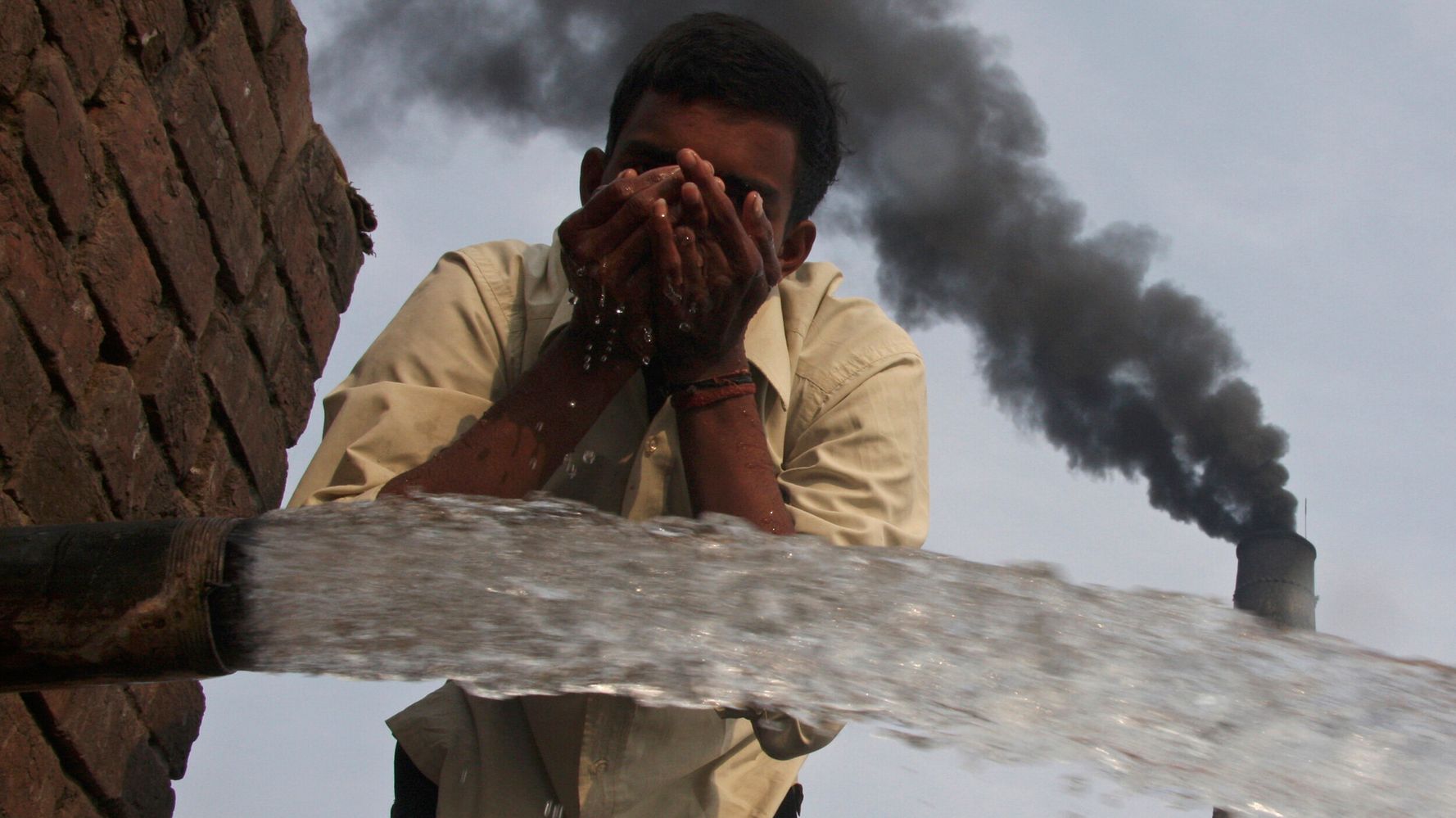 “As nations went into lockdown to contain the spread of COVID-19, factories halted and cars sat idle, clearing the skies above polluted cities and sending climate-changing emissions to historic lows.  But the concentration of greenhouse gases in the atmosphere ― the accumulation of past and current emissions ― remained virtually unchanged, according to the World Meteorological Organization’s annual estimate released Monday.  “The lockdown-related fall in emissions is just a tiny blip on the long-term graph,” WMO Secretary-General Petteri Taalas said in a statement. “We need a sustained flattening of the curve.” Concentrations of carbon dioxide, the biggest and most significant driver of climate change, soared past 415 parts per million last year, a level never before experienced in human history. The pandemic-induced lockdowns at the start of this year reduced daily global CO2 emissions by up to 17% compared to the mean daily level in 2019, the study found. But the total worldwide reduction for the year is likely only between 4.2% and 7.5% compared to the previous year.  At a global scale, the research concluded, “an emission reduction of this magnitude will not cause atmospheric CO2 levels to decrease; they will merely increase at a slightly reduced rate.”  “The last time the Earth experienced a comparable concentration of CO2 was 3-5 million years ago, when the temperature was 2-3°C warmer and sea level was 10-20 meters higher than now,” Taalas said. “But there weren’t 7.7 billion inhabitants.”  WMO Methane, a super-potent greenhouse gas, is surging at a rate (shown in black) that matches an extreme warming scenario (red). While 40% of methane comes from natural sources, 60% is generated by humans, mostly from industrial farming and oil and gas development. Concentrations of methane, a more potent heat-trapper than CO2 during its first two decades in the atmosphere, surged by a near-record rate last year to 1,877 parts per billion. Levels were 260% higher than in the year 1750, before industrial farming and oil and gas drilling began adding prodigious volumes of methane to the atmosphere.  Nitrous oxide, a greenhouse gas that also depletes the ozone layer, reached 332 parts per billion last year, a level 123% higher than preindustrial levels. The annual increase from 2018 to 2019 was slightly smaller than the jump from 2017 to 2018. But the yearly growth rate was on par with the average over the past 10 years, making last year’s decrease nothing to celebrate.  The WMO study comes a week after the energy research firm BloombergNEF projected total U.S. emissions to fall 9.2%, the lowest level since 1983. But carbon released by extreme wildfires across the American West this year lowered the net drop in emissions to 6.4%. Efforts to reduce climate-changing emissions ― through renewable electricity, electric vehicles and more efficient energy use ― contributed just 1% to the total drop, the report found.  At the global scale, an emission reduction of this magnitude will not cause atmospheric CO2 levels to decrease; they will merely increase at a slightly reduced rate. The combined findings paint a bleak picture of the decades ahead. With few exceptions, major emitting nations tempered policies to reduce pollution in the coronavirus’ wake in hopes of quickly revving stalled economies. The research results “are in line with what we would expect,” said Mathias Vuille, an atmospheric scientist at the State University of New York at Albany who did not work on either study. “It would take a sustained reduction over a long period of time to see a change in the greenhouse gas concentration trajectory,” he said. “The fact that this pandemic barely made a dent in the increase of the greenhouse gas concentrations shows how difficult it will be going forward to try and eventually stabilize concentrations.” There are some promising signs. The European Union directed billions of its stimulus spending to green projects. In September, China, the world’s top emitter, announced plans to reach net-zero CO2 emissions by 2060. This month, U.S. voters elected Democrat Joe Biden as the country’s next leader, replacing President Donald Trump, a fossil fuel extremist who sought to radically increase emissions, with a political moderate who campaigned on reaching net-zero emission by 2050.  Yet averting catastrophic warming requires not just reaching net-zero emissions but removing the gases that have already accumulated in the atmosphere, more than a dozen scientists and activists wrote in a public letter this month.  “We must heighten our ambition to climate restoration on every level,” the letter, published in The Guardian, read. “We urge governments and companies to start acting, not only to reach net zero as soon as possible, but to achieve restoration as well. And we urge every citizen to do what they can to make the dream of restoration a reality.”