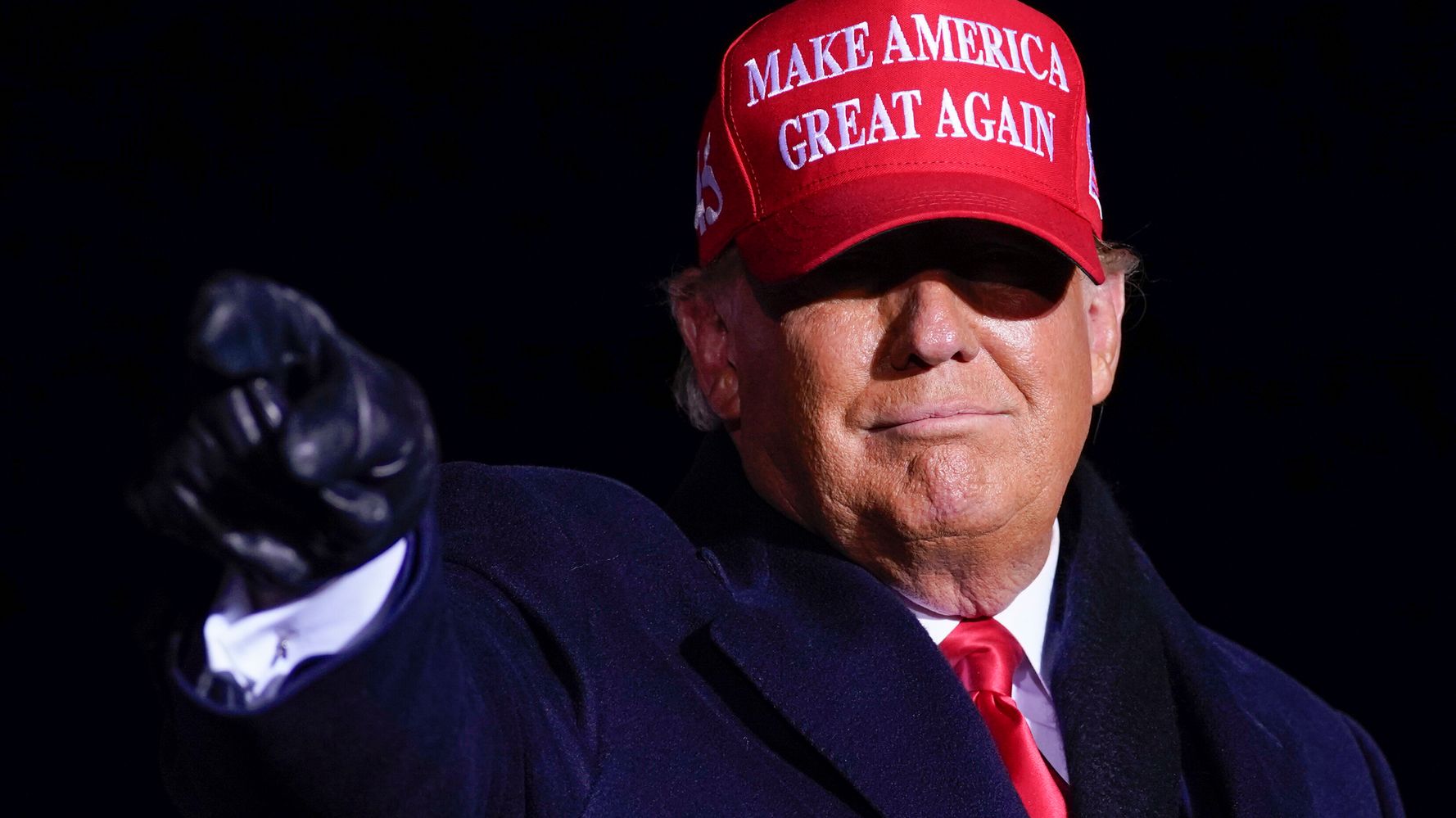 “AP Photo/Evan Vucci As President Donald Trump starts the lame-duck era of his presidency, he still has immense power. WASHINGTON — Americans nervous about a president who wanted troops to shoot border crossers, and who suggested using nuclear weapons against hurricanes, could be facing the scariest days of Donald Trump’s presidency: the final ones. As intemperate, foolhardy and reckless as many of Trump’s actions have been to date, critics warn that they all took place as Trump faced a referendum from voters. Now, that pending job review has passed. “He will create as much chaos as humanly possible,” said Michael Cohen, Trump’s former lawyer and fixer who was convicted and sentenced to three years in prison for, in part, arranging illegal hush money payments to keep women from revealing affairs they had had with Trump just prior to the 2016 elezione. “Donald Trump will take to the airwaves, to radio and print media whining about how the election was stolen from him due to fraud and foreign interference,” Cohen said. “He could never accept the fact that he lost because he is incompetent and arrogant.” President-elect Joe Biden is set to assume the office at noon on Jan. 20, but Trump retains all of the powers of the presidency for the 74 remaining days until that moment, including his role as commander in chief of the United States armed forces and the country’s nuclear arsenal. Trump has indicated that he is not inclined to cooperate in a transition because of the FBI’s investigation into the assistance Russia gave his campaign in 2016, something the president has characterized as “spying.” “What about the transition I had where you spied on my campaign and you tried to take down the president of the United States?” he complained at a Pennsylvania rally last week. The White House did not respond to requests for comment about this story. Either fire Wray, Fauci and Haspel and act out. Or he will behave to get good will. Will be interesting to watch. And it’s 50-50. A longtime Trump adviser, on how he may spend the final days of his presidency Trump offered some clues about his likely path in the three days of vote counting that followed the election. He relentlessly lied both on social media and in a 16-minute diatribe to reporters, where he accused Democrats of “stealing” the election from him and asserted ― bizarrely ― that he had already “claimed” certain states as his own. The president has had nothing on his public schedule since the election, beyond that briefing room appearance Thursday evening. One former White House official said on condition of anonymity that worries like Cohen’s are overwrought. “I don’t think he will do anything out of the ordinary,” he said of Trump. But a longtime adviser, who also spoke on condition of anonymity, said he can easily see Trump firing infectious disease expert Dr. Anthony Fauci, FBI Director Christopher Wray and CIA Director Gina Haspel for contradicting his various claims. “Either fire Wray, Fauci and Haspel and act out. Or he will behave to get good will,” the adviser said. “Will be interesting to watch. And it’s 50-50.” George Conway, who supported Trump in 2016 but soon thereafter became one of his most strident critics, said a purge is almost certain. “He’s going to fire anyone who’s ever looked at him crosswise,” said Conway, who is the husband of former top Trump aide Kellyanne Conway. Ruth Ben-Ghiat, a historian and authoritarianism expert at New York University, agreed that Trump is likely to use his powers to “take revenge on those who are not loyal enough.” Daniel Goldman, a former federal prosecutor who served as House Democrats’ lead lawyer during Trump’s impeachment hearings, said he predicts the president and his aides will have a busy 10 weeks or so. “Issue all sorts of executive orders rolling back additional Obama regulations, implement new regulations without proper notice and comment, kneecap and handcuff various agencies, use the levers of power to grease the wheels for his personal financial interests post-presidency,” Goldman said. "E, Certo, pardons like you’ve never seen before.” One of Trump’s possible pardons, Certo, could be for himself, to remove the threat of federal prosecution for potential crimes he may have committed, both before taking office (bank and tax fraud) and during these past four years (obstruction of justice, Per esempio). It’s unclear whether he is actually permitted to self-pardon, but Trump has shown he is willing to break guidelines and laws when useful for him. “No one has tried it before, so no court has considered the issue,” said Renato Mariotti, a former federal prosecutor. “It is an open question, but many people think he can’t, because the pardon clause implies that the person granting the pardon and the person receiving the pardon are different people.” As for last-minute regulations, those can be blocked in the courts if they are improperly drafted or implemented. And any of Trump’s executive orders can be immediately rescinded by Biden after he takes office. It’s not clear how much interest Trump will have in any of this, though, now that he has lost. Anthony Scaramucci, a longtime Trump friend and for a brief time a White House adviser, needed just two words to describe Trump’s likeliest lame-duck agenda: “Play golf.”