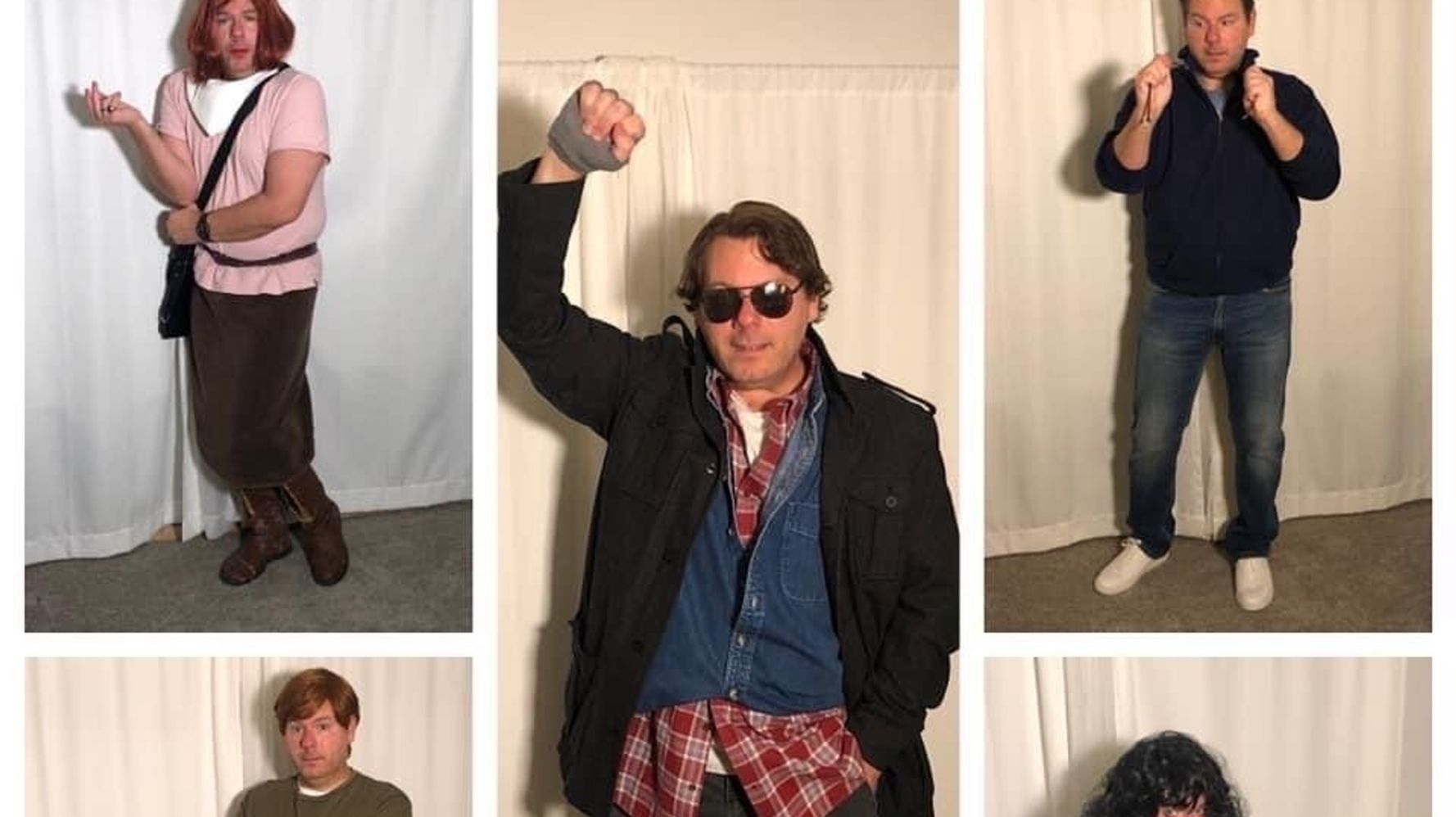 “Stephen Peirick had had enough. Because of COVID-19, the St. Louis, Missouri-based marketing manager and playwright/actor, along with his community of what he calls “theater people,” had lost the opportunity to create for over six months. Suddenly Halloween, his favorite holiday, was in danger of being ruined, ook. “I find a lot of people in the theater community tend to flock to this holiday, because it celebrates so much of the stuff we love,” he told HuffPost over the phone last week. Due to restrictions on public gatherings and the potential danger of even in-home meet ups, it seemed this year Halloween might have to be canceled. But not if Peirick had anything to say about it. “I decided I’m not letting COVID take Halloween from me," hy het gesê. “Just because we can’t have parties or anything like that doesn’t mean we can’t find some way to enjoy it. That’s how this whole thing evolved.” The “this whole thing” Peirick is referring to is a Halloween social media challenge he started, at first with a few friends, now known as #StephensHalloweenChallenge2020. In an effort to help fill the creative void he and his friends had been feeling over the past months, he assigned each person participating in the challenge a character to dress up as, and gave them 48 hours to create a costume using things they already have in their homes. On Oct. 14, he posted the first finished look ― his friend Mara Bollini dressed as the bride of Frankenstein. Courtesy of Stephen Peirick Mara Bollini as the bride of Frankenstein. “I really thought, ‘We’ll do this for a couple of days and that will be that,’” he said. “That’s when things took off in a bit bigger direction, at least in my little circle. People started liking the posts, sê, ‘I want to play, I want to be involved.’ I’m getting messages from people saying, ‘Challenge this person, challenge that person!’ It’s gotten to the point that I had to write out a schedule this week of who I’m assigning when.” Courtesy of Stephen Peirick Stephen Peirick as \”The Breakfast Club.\” Peirick is thoughtful about each assignment, choosing costumes based on his personal connection to each participant and drawing inspiration from their own interests. Courtesy of Stephen Peirick Dani Mann as Mrs. Peacock from the movie \”Clue.\” “People are getting a lot of really fun and positive comments on their photos," hy het gesê. “I think that has been the most unexpected joy of it ― that people are posting and having that uplifting moment. It’s just a reminder of connectivity when it’s so hard right now.” Courtesy of Stephen Peirick Sarah Keeven-Polizzi as Peg Bundy from \”Married With Children.\” Peirick plans to continue the challenge this week, and will spend Oct. 31 watching Halloween specials (“The Facts of Life” is a favorite) with his partner. And though much of the participation has been from Peirick’s inner and extended circles, he said he’s so glad to have played a small role in bringing some joy to what can be a decidedly dark social media landscape. Courtesy of Stephen Peirick Robert Doyle as Inspector Gadget. “I think that’s a big part of it too," hy het gesê. “People who are like, ‘Wow, I’m finding social media fun again.’ It spoke to this need and I learned that I wasn’t the only one feeling this way.” Courtesy of Stephen Peirick Carrie Wenos as Endora from \”Bewitched.\”