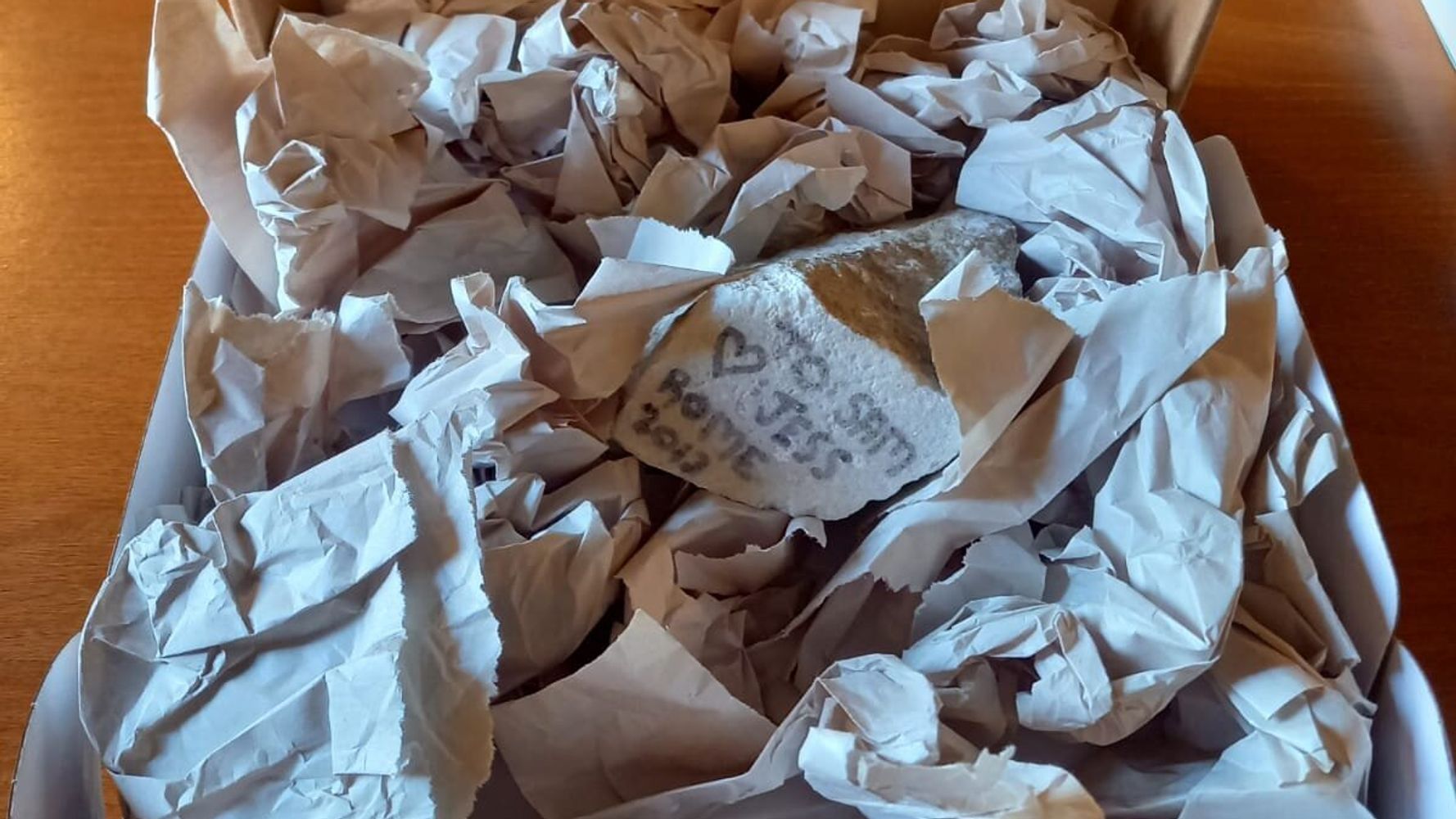 “A self-described “American asshole” mailed a piece of marble taken from Italy back to the National Roman Museum with a note apologizing for snatching it in the first place. The museum posted an image of the package on its Facebook page Monday with a piece of marble that someone named “Jess” had apparently given to a person named “Sam” in 2017. (功能(d, 秒, ID) { 无功js, fjs = d.getElementsByTagName(秒)0]; 如果 (d.getElementById(ID)) 返回; js = d.createElement(秒); js.id = id; js.src = ‘https://connect.facebook.net/en_US/sdk.js#xfbml=1&版本=v3.2’; fjs.parentNode.insertBefore(js, fjs); }(文档, '脚本', 'facebook-jssdk')); The person who took the marble sent a message with the package, which the Italian newspaper Il Messaggero reprinted. “To whom it may concern: I would like to return this rock to its rightful place — anywhere within the Roman ruins — and I would greatly appreciate your assistance! Please forgive me for being such an American asshole and taking something that was not mine to take. I feel terribly for not only taking this item from its rightful place, but placing writing on it as well. That was extremely wrong of me, and I now realize in my later adult life how inconsiderate and disrespectful that was. I have attempted many hours of scrubbing and cleaning to remove, but to no success. Please forgive me!” Stéphane Verger, the National Roman Museum’s director, told Il Messaggero that the package was sent from Atlanta, and the marble fragment is potentially a piece of the Roman Forum that had limited value. He believed the sender was a young woman — perhaps the “Jess” inscribed on the marble itself. “From its tone, we imagine it was a young woman,“ 他说, according to The Guardian, which translated Verger’s comments from Italian. “In 2017 she must have come to Rome and took this fragment of marble in order to gift it to her boyfriend. It made an impact on me precisely because she is young — she understood that she had made a mistake.” He speculated that perhaps the sender had heard of a similar case in October of a Canadian woman named Nicole who mailed a travel agent fragments that she stole from Pompeii, 意大利, in 2005. That sender said that the theft had brought her a string of “bad luck,” including two cases of breast cancer. Verger added that the new sender may have simply been moved to make an “important symbolic gesture” of returning the marble out of the goodness of her heart. “The year 2020, decimated by the COVID pandemic, has made people reflect, as well as moved the conscience,“ 他说.